Ted Cruz puts the Republican establishment on notice: Warns of "manifest revolt" at the convention 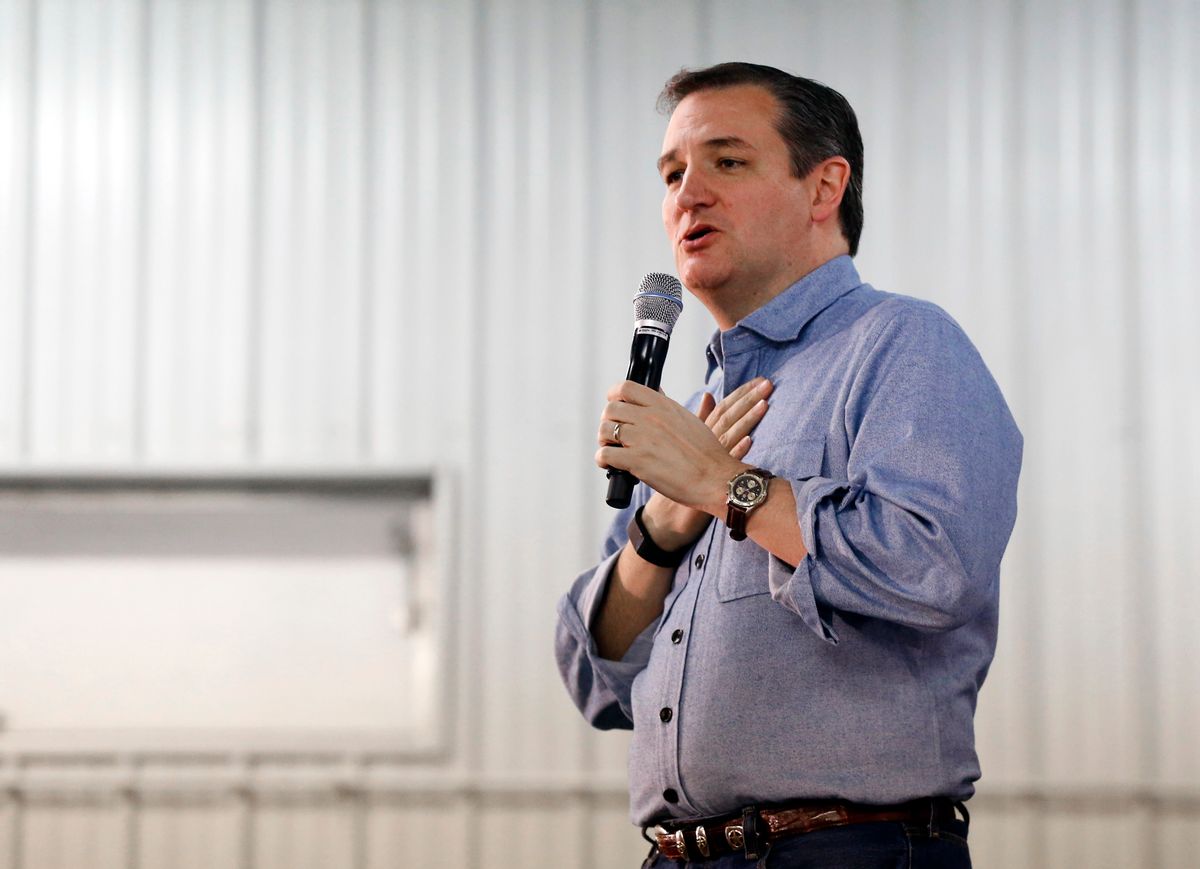 Ted Cruz can see the writing on the wall. He knows the establishment hates him, perhaps as much as it hates Donald Trump, and he’s expecting some parliamentary tricks at the Republican convention this summer.

Cruz is right to be concerned.

As the Republican field continues to shrink, it’s getting harder to avoid the conclusion that either Trump or Cruz will be the nominee. As I reported earlier, this has put the party in the unenviable position of choosing between two deeply disliked and unelectable candidates. Which is why Cruz is worrying aloud about last-ditch efforts at the convention to deny either him or Trump the nomination.

The Texas senator isn’t paranoid. Already it appears there are plans afoot to upend the convention and deliver the nomination to a candidate who didn’t earn the most delegates – or even to a candidate not currently running, like Mitt Romney. Such a scenario is only possible if the party can prevent Trump from acquiring the 1,237 delegates needed to secure the nomination, but if they can do that, things will get interesting at the convention.

Although it’s not clear how it would happen, veteran Republican attorney Ben Ginsberg offered a hint to MSNBC’s Rachel Maddow last week:

“What’s true about the Republican delegate selection process is that about three quarters of the delegates are chosen by state party conventions or state party central committees or executive committees and the candidate doesn’t really have a say on who those individual delegates are. And secondly, under the rules of the Republican Party and its convention, the delegates are bound to the candidate who won their state for the first presidential ballot and in some instances more than that, but their bound for the presidential vote; they’re not bound for things like decisions on rules, decisions on credentials, decisions on who the vice presidential nominee is – all of those things are up to the individual delegates working their will.”

That Ginsberg is saying publicly that the rules could be changed at the convention in order to subvert the democratically elected nominee is telling. Indeed, Ginsberg confirmed in that interview that efforts to undermine Trump – or Cruz potentially – were already underway.

Cruz has noticed the machinations of establishmentarians in recent days. While speaking to the Conservative Political Action Conference last Friday, he issued a stern warning to party officials:

“Any time you hear someone talking about a brokered convention it is the Washington establishment in a fevered frenzy. They’re really frustrated because all of their chosen candidates, all of their golden children, the voters keep rejecting. And so they seized on this master plan…We go to a brokered convention and the D.C. power brokers will drop someone in who is exactly to the liking of the Washington establishment. If that happens we will have a manifest revolt on our hands.”

I don’t normally say this, but Cruz is correct. To violate the spirit of the process by handing the nomination to a candidate who either didn’t run or didn’t earn it would be an egregious affront to the voters. Like it or not, Republicans are declaring their will at the ballot box, and they clearly prefer Trump and Cruz to the alternatives. Thinking people everywhere may find that insane, but that’s the reality.

If the establishment moves forward with its plans to deny Trump or Cruz the nomination, a “revolt,” as Cruz put it, is the most likely outcome. Among other things, it would confirm every anti-establishment narrative percolating in the base right now. And it would alienate thousands of voters from the process, as a result of which a general election victory would be impossible for the GOP.

It’s a crafty move by Cruz, putting the establishment on notice. If nothing else, it’s a not-so-subtle reminder of the costs of intervention. It will be fascinating to watch the party navigate these challenges in the coming months. In many ways, it’s a losing proposition no matter what they do. The real question is, will they decide to blow the party up for the sake of it’s long-term health or will they take their chances on a Trump or Cruz-led ticket?