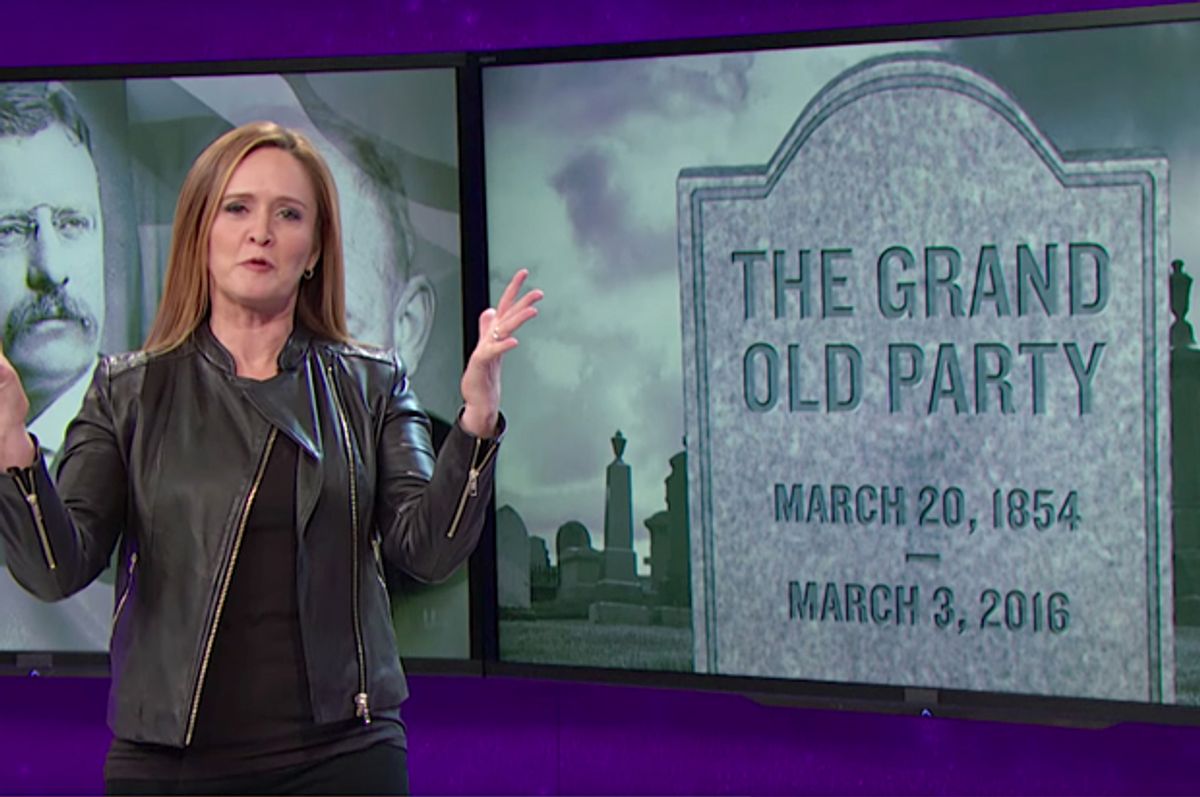 "The death throes started Thursday morning, when the Republican establishment suddenly woke up and realized Donald Trump was doing to their brand what his asshole son does to real elephants," Bee led off.

"With all due respect, sir," she continued, "the last time you tried to stand between a charismatic guy and the White House, you got beat like a Muslim girl at a Trump rally."

"The GOP's final death rattle came that night" at the Republican debate or, as Bee called it, Republicans' "regular fight club meeting."

"I don't mean to sound sexist," she added, responding to a montage of Trump, Little Marco, and Lyin' Ted talking over each other at various times during the debate. "But I think men are just too emotional to be president."

Watch parts 1 and 2 of Bee's full monologue below: