Every time establishment leaders confab on how best to subvert Trump, it just makes him stronger 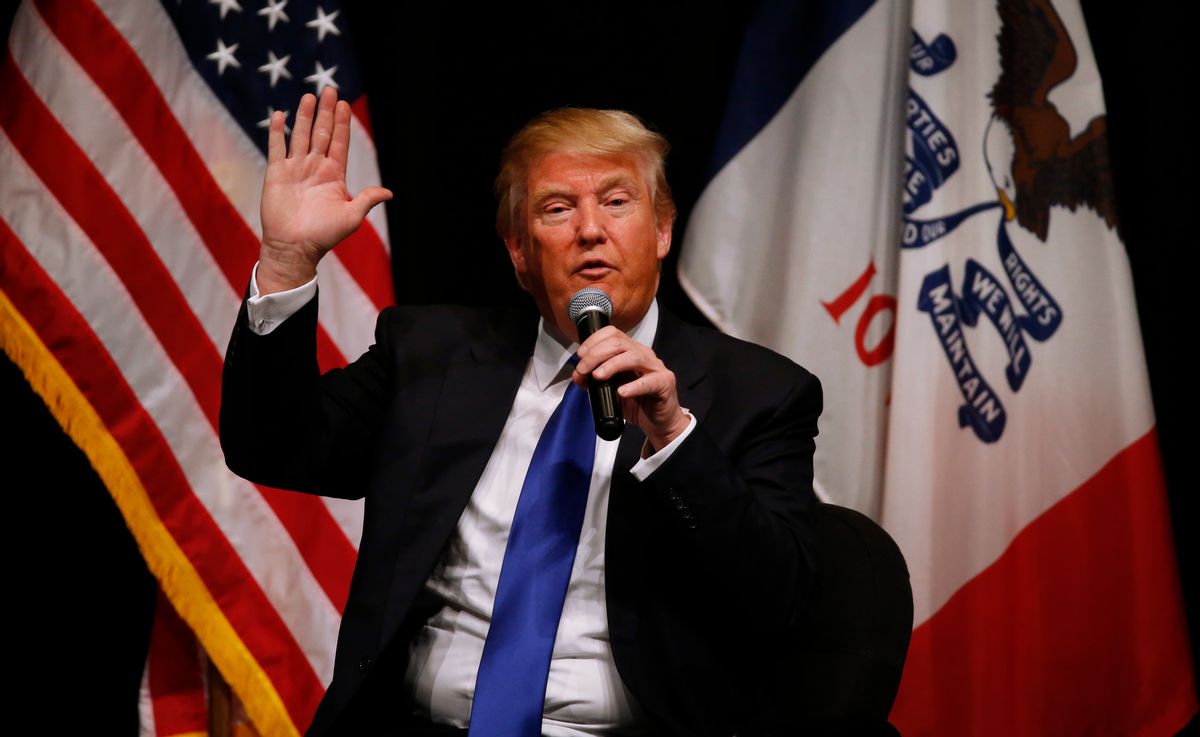 The growing desperation of the establishment in the face of Trump’s inexorable rise is becoming humorous. Case in point: this weekend a group of billionaires, tech CEOs and top Republican officials met at a private island resort off the coast of Georgia to discuss what to do about the monster at their gates. The meeting, according to a Huffington Post report, was focused on understanding how Donald Trump happened, on the failures of our political process.

“A specter was haunting the World Forum – the specter of Donald Trump,” wrote Bill Kristol, the neoconservative editor of The Weekly Standard who attended the event. “There was much unhappiness about his emergence, a good deal of talk, some of it insightful and thoughtful, about why he’s done so well, and many expressions of hope that he would be defeated.”

The great highlight of the forum, according to unofficial reports, was Karl Rove’s focus group-inspired presentation on Trump’s vulnerabilities. Among other things, Rove stressed that Americans have a hard time envisioning Trump as “presidential” or as someone whose tiny hands should be “anywhere near a nuclear trigger.”

Although the AEI forum was private and off the record, it’s not too soon to conclude that nothing of any use was accomplished. Every time something like this happens, every time establishment politicians and their financiers gather to discuss how best to subvert Trump or the will of Republican voters, they further alienate and entrench the very people they’re trying to stop.

Like the brewing Republican plot to deny Trump or Cruz the nomination at the convention, this reminds conservative voters why they’re rejecting the establishment in the first place. Republicans have leaned on political mercenaries like Karl Rove and Frank Luntz for years, cynically exploiting the ignorance and biases of their base. And those efforts have been funded by the donor class, the majority of which is now aghast at the Frankenstein they helped engineer.

Donald Trump isn’t as bitter or fatuous as he pretends to be, but many of his supporters are, and they trust him more than they trust the Republican Party. And who can blame them? The GOP has built its entire platform around the regressive culture wars and yet they’ve lost every notable legislative battle in recent years. The country is browner and more progressive than it’s ever been.

Republicans have made an art of exploiting cultural angst for votes, but eventually they had to deliver on some of their promises. They failed to do so, and now Trump is filling the vacuum with empty and but energetic platitudes about making America great again.

Whatever becomes of Trump’s campaign, this much is certain: the people on that island won’t have a say in it. Trump owes his existence to the angry mob supporting him, and that mob was born of decades of Republican propaganda. Now that their efforts have culminated in Trump, a man they can’t control, the GOP is scrambling to stop him.

It won’t work. The people will decide Trump’s fate. He won’t win the general election, but he’ll likely earn the Republican nomination – and the Republican Party is largely responsible for that.