Trump admits he is hurt by "terrible" comparisons to Hitler: "I don't want that comparison"

Nevertheless, The Donald has taken to demanding his supports raise their right hands in allegiance to him 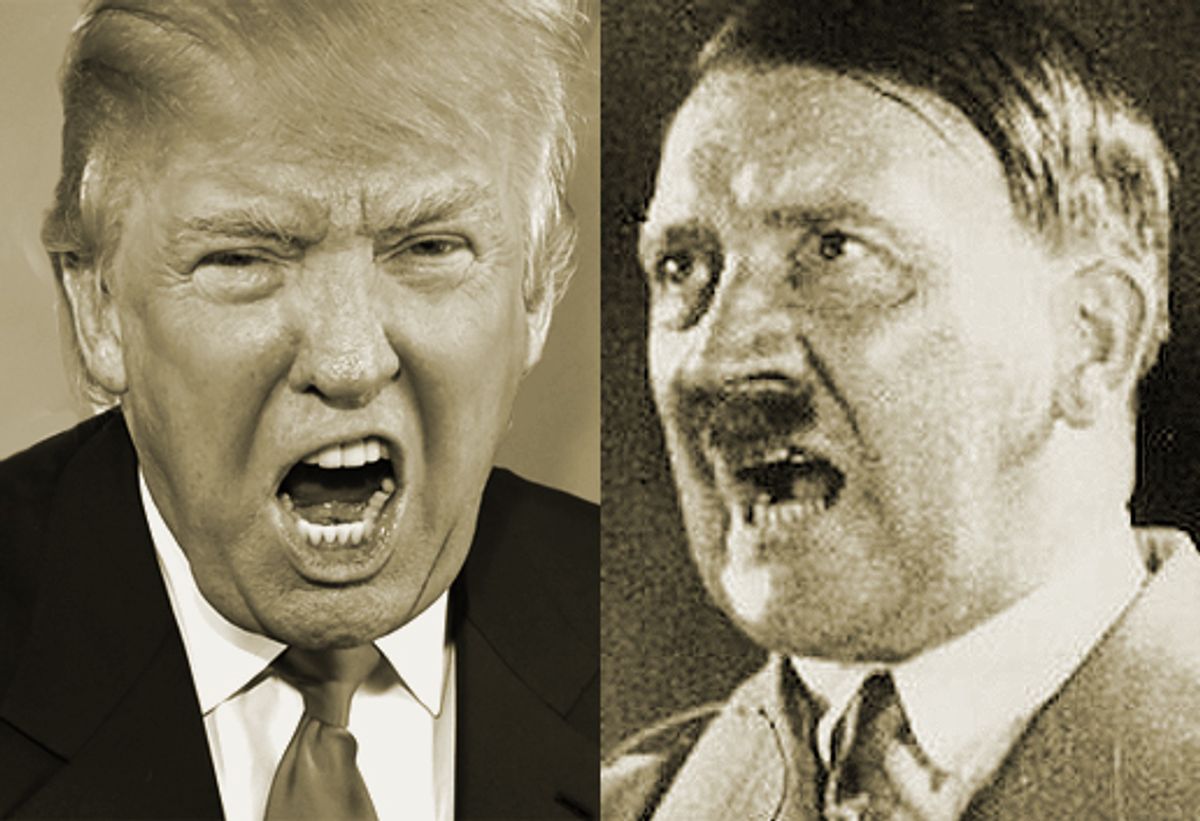 Donald Trump has revived talk of the Kl Klux Klan's political viability in 2016, called for an unconstitutional national religious registry and after repeatedly demanding supporters raise their right hand to pledge to vote for him, Trump is feigning shock that comparisons to Adolf Hitler are now popping up by the day.

On NBC's "Today," Trump denied he had ever considered the comparison Tuesday. "Honestly, until this phone call I didn't know there was anything wrong with it," the billionaire megalomaniac said of his new call for supporters to raise their right hands in allegiance to him. "If it is offensive or if there is anything wrong with it I wouldn't do it, but when I say 'raise your hand,' everybody raises their hand. They are screaming to me to do it, 'we want to do it.' So you know, we are all having fun."

In another phone-in interview on ABC's "Good Morning America," Trump suggested he was actually offended by the comparisons. Host George Stephanopoulos noted that Mexican president Peña Nieto likened Trump's campaign on Monday to those of Adolf Hitler and Benito Mussolini, as have Glenn Beck and comedian Louis C.K. in recent days. Stephanopoulos asked Trump if such comparisons give him any pause or cause him to reconsider his inflammatory rhetoric.

"Maybe so," Trump replied, before quickly pivoting to his poll numbers to defend his campaign rhetoric as successfully resonating with Republican voters.

"It's a terrible comparison," Trump acknowledged. "I'm not happy about that certainly. I don't want that comparison."

Over the weekend, Trump began to preside over a loyalty pledge at his rallies, a recitation he has since repeated a number of times:

"Raise your right hand," Trump instructed supporters in Florida on Saturday. "I do solemnly swear that I — no matter how I feel, no matter what the conditions, if there's hurricanes or whatever — will vote, on or before the 12th for Donald J. Trump for president":