Hillary really could lose to Trump: Her weakness with the working class is Trump's strength 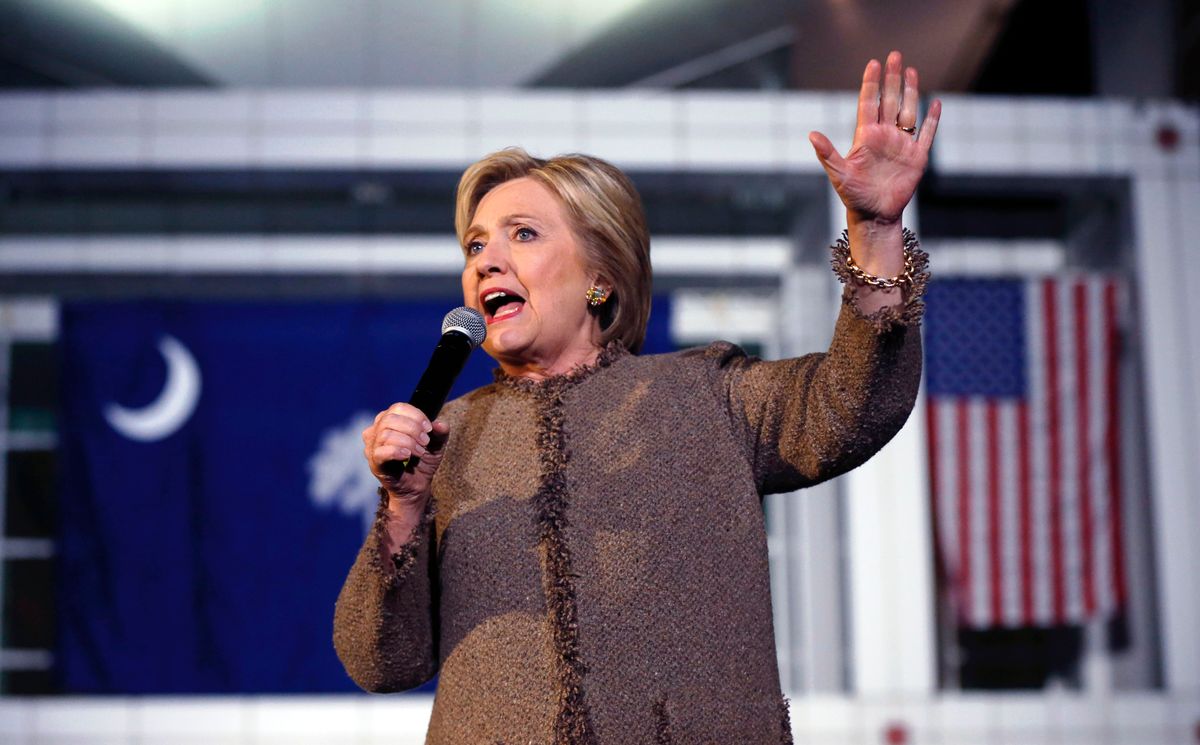 Bernie Sanders’ win in Michigan on Tuesday night was truly startling. Behind by an average of 20 points in nearly every pre-election poll, the Vermont senator rallied a diverse cross-section of voters on his way to a narrow – but revealing – victory.

The votes are still being counted, but it appears Sanders will gain 3 to 5 more delegates in Michigan than Clinton. Given the expectations, this is quite the achievement for Sanders. The results in Mississippi were far less surprising but equally important: Clinton won by a whopping margin of 66 points – 82 percent to 16 percent. That means she’s likely to earn close to 28 more delegates than Sanders, extending her already sizable lead.

There are two ways to interpret the Michigan results if you’re a Democrat. On the one hand, Sanders supporters can see the victory as a narrative-altering event, something that changes our perception of what’s possible moving forward. Clinton has succeeded thus far thanks to her Southern firewall and her enormous advantage over Sanders with minority voters.

But Michigan suggests that Sanders has a much broader appeal in non-Southern states with diverse populations. Sanders did well with his typical demographics in Michigan, but he also won white women by five points and non-college-educated whites by 17 points.

Perhaps more importantly, he won independents in Michigan by 43 points. Yahoo’s Andrew Romano explains why that matters: “On March 15, Ohio will vote; like Michigan, it will be an open primary, which means that independents who favor Sanders can participate. Another open primary, in Wisconsin, will follow on April 5. Then comes Pennsylvania on April 26. Clinton’s polling lead in each of these Rust Belt states is smaller than it was in Michigan.”

Sanders wisely emphasized this after last night’s victory: “What tonight means is the Bernie Sanders campaign, the people’s revolution that we are talking about, is strong in every part of the country.” For similar reasons, Sanders expects to do well in upcoming primaries, particularly in the West and the abovementioned Rust Belt states. The results in Michigan, if nothing else, breathe a little oxygen into this argument.

One of the biggest open questions for Sanders is his appeal among minority voters. There’s a tendency in the media to talk about African Americans and Hispanics in monolithic terms. But there are significant regional differences among all demographics. In states like South Carolina and Mississippi, Clinton won a staggering majority of African American votes (90 percent in Mississippi). In Michigan, Sanders still lost the black vote, but by a much smaller margin (a 20 percent improvement over Mississippi). Sanders will need to do much better among all minority demographics if he wants to remain competitive, but Michigan suggests that that’s at least possible.

If you’re a Hillary Clinton supporter, last night wasn’t catastrophic: Michigan is an inconvenient but acceptable loss. After all, this is still a numbers game, and on that front Clinton remains comfortably ahead. Again, her landslide victory in Mississippi means a net gain in delegates. And currently she has 1,221 total delegates (including superdelegates) to Bernie Sanders 571. To lose, Clinton would have to implode in places like Ohio, Florida, Pennsylvania, North Carolina, New York and California – that’s extremely unlikely to happen.

Tuesday night ought to trouble Clinton supporters for another reason, however. The exit polls in Michigan suggest Clinton may face some unexpected difficulties in a general election, especially if Donald Trump is the Republican nominee. Sanders and Trump are very different candidates running very different campaigns, but they’re both running populist campaigns in their own way. Sanders is a New Deal economic populist; Trump's an authoritarian nationalist populist.

Trump is winning lower-class whites, many of whom feel like pariahs in an economy savaged by neoliberalism. Sanders resonates with these voters as well; the difference is that his supporters appear less blinkered by bigotries. As the Washington Post reported, Sanders’ victory on Tuesday “was fueled by a relentless focus on…disastrous trade deals that have battered the manufacturing sector in Michigan.” Although Clinton has since shifted, she has supported both NAFTA and the TPP in the past, details not lost on working class voters. And her ties to Wall Street and corporate America will be problematic, regardless of her opponent.

In a general election against Trump, there is no guarantee that working-class voters will side with Clinton over Trump – at least not an overwhelming majority of them. Corporate-friendly trade deals are deeply unpopular among Democrats, Republicans and independents. Clinton will have a hard time winning over these voters.

The latest polling data still gives Clinton an edge over Trump in a hypothetical matchup. Among registered voters she leads Trump 50 percent to 41 percent. And her lead over Trump has increased six points since last September. She also polls much higher with women, African Americans, and voters with college degrees. Among independents and lower-class voters, however, Clinton is far less popular. If Trump can amass a reasonable coalition of traditional Republican voters, a Clinton-Trump race could be uncomfortably close.

If it is Clinton and Trump in the general election, the smart money is still on Clinton. For all her weaknesses, she’s a much better candidate than Trump, and as polarizing as she is, Trump’s toxicity is unparalleled. But the fact remains: this election cycle favors the populists. Establishment politicians, on both sides, are facing strong headwinds. That gives Trump an edge against a candidate like Hillary Clinton. There’s no need to panic, but Team Clinton would do well not to underestimate Trump’s appeal.