Watching the two March 8 events side by side is hillarious 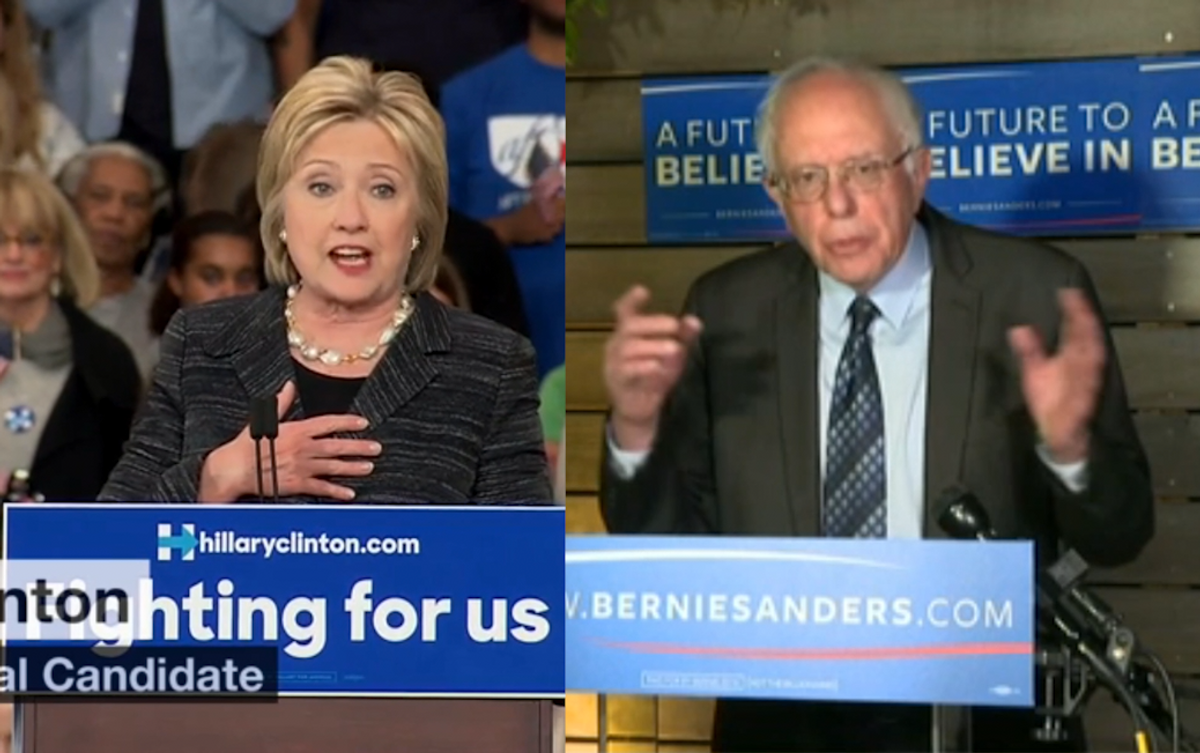 On March 8, 2016 presidential hopeful Bernie Sanders won the Michigan primary with 49.8 percent of the vote. The win was stunning but the press conference he gave to reporters beforehand was just depressing. Sanders was standing next to a wall with campaign posters hung haphazardly behind him, the sound from his mic cracked and there wasn't a soul in sight.

Hillary on the other hand was in a brightly lit rally, full of people, crystal clear sound and raucous cheers following each of her statements.

The difference between the two events might not have much meaning — but it's hilarious to watch.