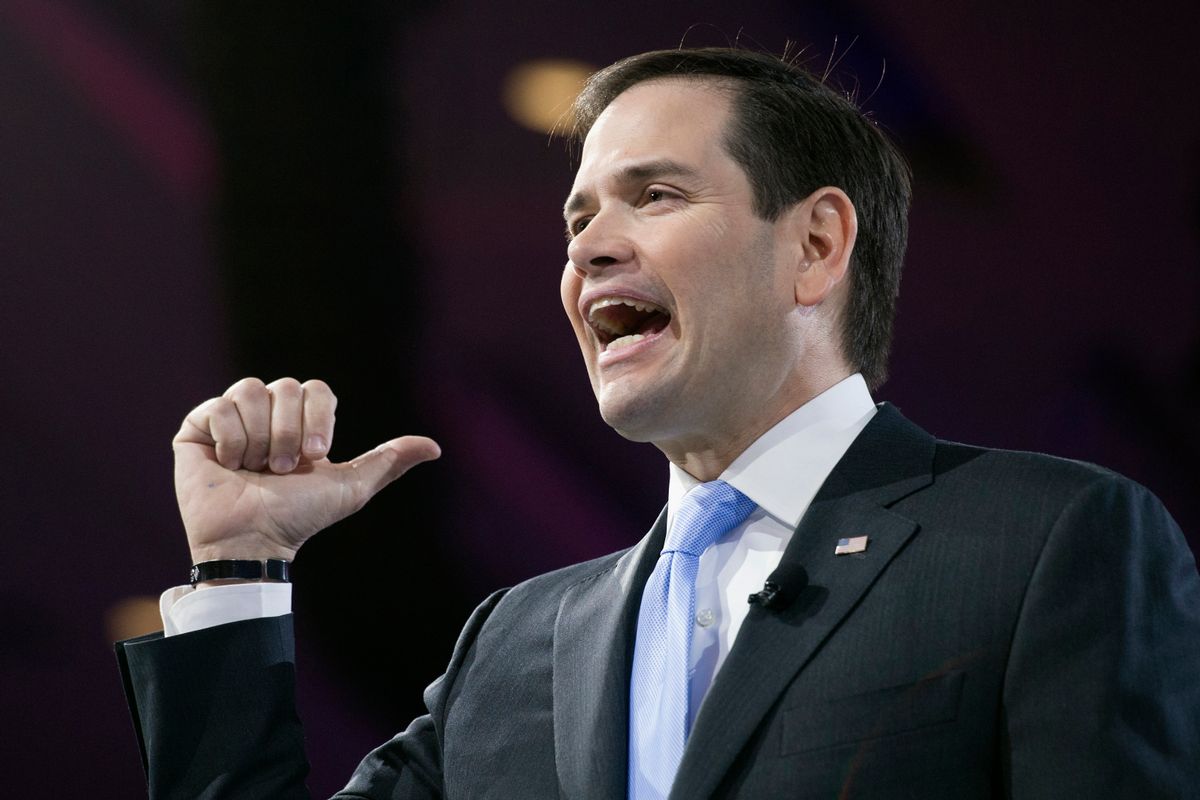 To say that Tuesday night’s Republican primaries and caucus were a setback for the presidential campaign of Marco “Moments” Rubio would be an almost criminal understatement. There were four contests, and Rubio got thumped in each one, finishing well behind Donald Trump and Ted Cruz. In the states with the biggest delegate hauls, Michigan and Mississippi, Rubio finished dead last – his single-digit showing in Michigan was especially embarrassing given the amount of money he spent there. Three states that voted on Tuesday had thresholds for allocating statewide delegates, and Rubio failed to clear a single one, meaning he’ll walk away from those contests completely empty handed. In Hawaii, he finished nearly 30 points behind Trump, which might be good enough to net him one delegate as a consolation prize.

If you poke around the exit polls, you see just how deep the Rubio collapse is. Heading into Tuesday night, Rubio counted wealthy and educated voters – the suburban Republicans who nearly lifted him to victory over Donald Trump in Virginia – as some of his strongest supporters. But in Michigan, those voters abandoned him. Trump, Kasich and Cruz split the college-educated vote and left Rubio in the dust, while postgraduate voters voted overwhelmingly for Kasich. Wealthy voters were divided evenly among Trump and Kasich. Voters who favored electability, one of the pillars of Rubio’s campaign, shied away from the Florida senator. Late-deciders, who in the past had reliably broken for Rubio, this time went in huge numbers for Kasich.

And it’s not just that Rubio got creamed – he got creamed at the worst possible time. The slender reed upon which his presidential hopes rest is a victory in the Florida primary less than a week from now, but Tuesday’s results show that Republican voters are pretty much done with Rubio. On paper, he is the establishment alternative to Donald Trump, but, if the Michigan results are any indication, the voters he’d need to fulfill that destiny are giving John Kasich their attention. It’s tough to make the case that you’re one glorious victory away from an epic comeback when you’re sinking everywhere else.

And, of course, there’s the nagging fact that Rubio continues to trail badly in Florida polls. As it stands currently, he’s behind Trump by just under 17 points on average. His campaign is spending its time fending off stories that he’s considering dropping out before voting starts. His crowds are dwindling and the whole Rubio enterprise has taken on a decidedly Jeb Bush-like sense of desperation and malaise. On top of all that, he has Ted Cruz stumping around Florida in a transparent bid to drain support away from Rubio and ensure a Trump victory.

But even if Rubio does somehow win Florida, he’s so far behind in the delegate race that his only chance to win the nomination would be to somehow steal it away at the convention. Kasich, meanwhile, is in worse shape delegate-wise, but at least he is only trailing Trump by just about five points in his home state of Ohio. So if the plan (if there is a plan) to stop Trump from winning outright is to prevent him from capturing these two delegate-rich states, it’s Kasich – not Rubio – who looks like the stronger bet.

So what explains the collapse? The proximate cause seems to be the combination of Rubio crawling into the gutter to attack Donald Trump, and then losing badly on Super Tuesday. Opting for jokes about Trump’s spray tan and penis size ran the risk of inflicting damage to his brand of optimistic “look to the future” politics, but his campaign clearly felt it was necessary to take down Trump. But he still came up short as Trump and Cruz racked up victories and delegates last week while he could point only to Minnesota and Puerto Rico for evidence of success.

After the Don Rickles gamble failed, Rubio wasn’t left with much more to say. His campaign is now focused more on making the case against Donald Trump than it is on making the case for Marco Rubio. He’s begging Floridians to vote strategically and abandon their preferred non-Trump candidates because he represents the best chance of stopping the frontrunner. After last night’s carnage, though, Rubio doesn’t have a compelling argument that he can.