"All I do is carry all his water for him," O'Reilly might well have said 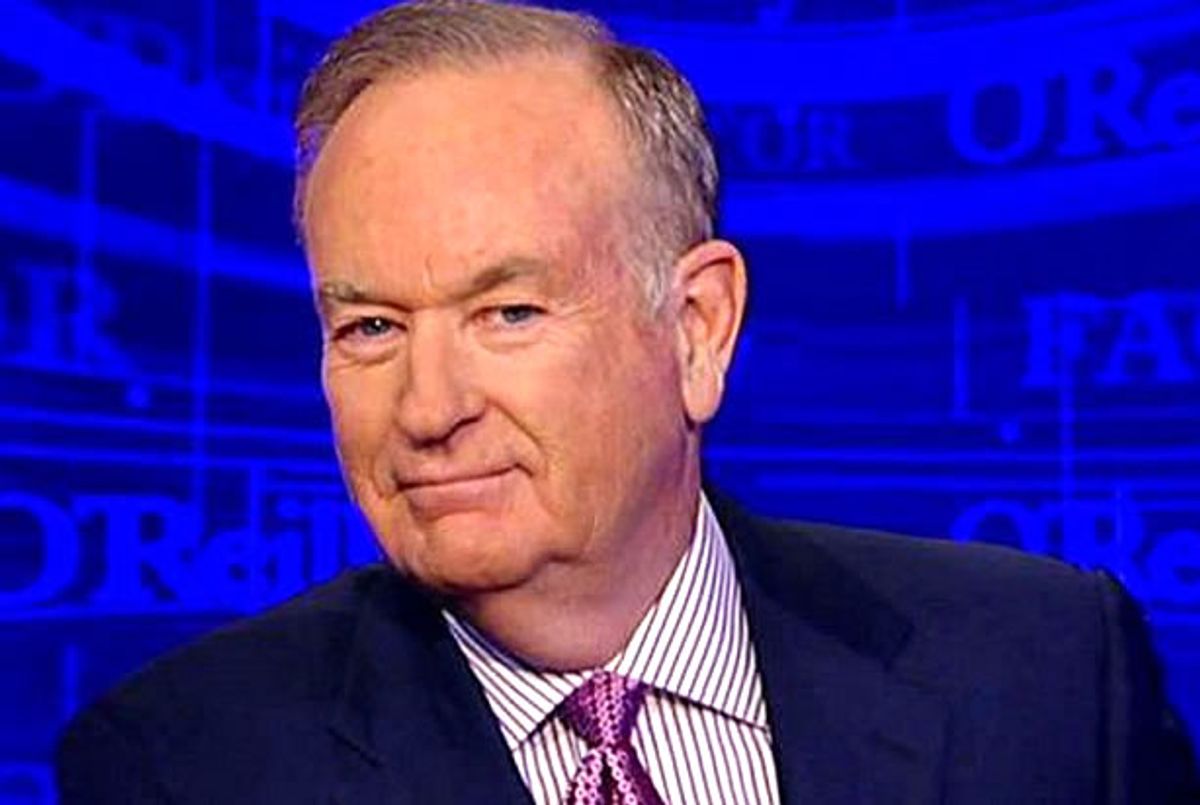 Bill O'Reilly's state of denial reached peak format Wednesday night, as he spent his "Talking Points Memo" extolling the virtues and discussing the necessity of Donald Trump while openly denying that he was doing anything of the sort.

O'Reilly began by lambasting those who compare Donald Trump's dehumanizing, exclusionary rhetoric to the dehumanizing, exclusionary of the Nazis in the '30s and '40s. "It's more than a stretch," he said, "it's a strategy with the intention of not only demeaning Trump, but his supporters as well" -- a group in which he clearly, whether he admits it or otherwise, includes himself.

He attempted to justify a Trump presidency by saying that "the candidate aside, it's not hard to understand why some Americans support Mr. Trump," and then offered the same litany of complaints that he's recited daily for the last seven years.

"In the face of all that an avenger named 'Trump' has risen," O'Reilly said, "promising to stop the madness and giving blunt voice to millions of angry Americans. The movement that Trump represents has nothing to do with fascism, everything to do with furious dissent."

He later insisted that "this memo is not a campaign ad for Trump -- I know for a fact that some very bad people are trying to exploit his campaign to disguise racial and social hatred. Donald Trump should loudly condemn that and tone down some of his own inflammatory rhetoric."

"Just tell us what you want to do," O'Reilly concluded, imploring the candidate he claims not to support, "there's no need to incite."