Another Trump rally turns violent: Black protestor punched in the face while being kicked out of North Carolina rally by police

Video shows local police detaining the black protestor, not the white Trump fan who sucker-punched him 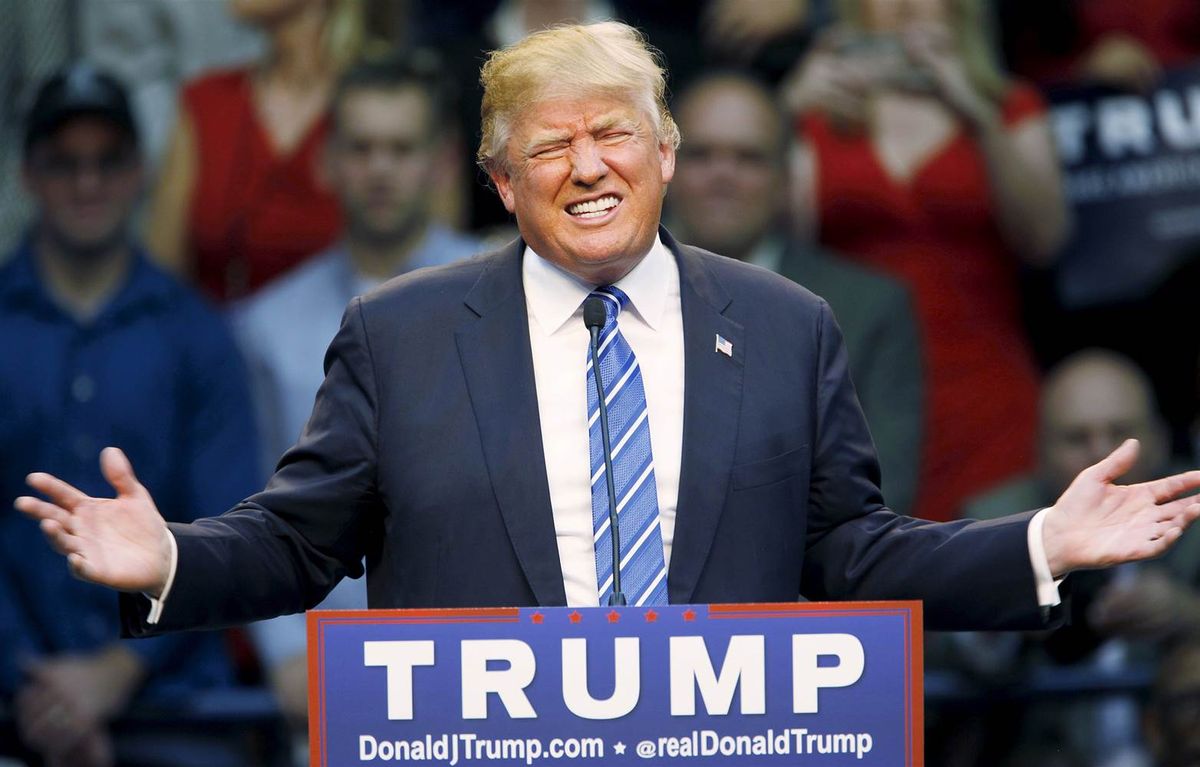 Donald Trump's supporters turned violent against non-violent protestors again, this time at a North Carolina rally Wednesday evening where one Trump fan even punched a passing protestor square in the face as he attempted to leave.

While the Republican presidential frontrunner and carnival barker has long drawn protestors and bellicose supporters alike to his campaign rallies with controversial rhetoric, in recent days peaceful protesters have been repeatedly met with more might from security officials and more vitriol from Trump supporters.

Two different groups of African-American students were profiled and kicked out of Trump rallies on college campuses in two different states recently. Trump supporters have physically attacked protesters at Trump’s events on a number of occasions and video of this latest incident shows a Trump supporter boldly assaulting a protestor right in front of police officers.

Trump's Fayetteville rally at the Crown Coliseum was perhaps more eventful than his usual offerings, with large anti-Trump demonstrations taking place outside. In turn, Cumberland County Sheriff's were out in full force, assisting the Trump campaign with security and reacting quickly to kick out any protestors, including two black men, one of whom was punched in the face by a white man in the crowd:

Rakeem Jones, the 26-year-old Fayetteville resident who was sucker-punched told the Washington Post that he blames police for allowing a Trump supporter to assault him.

“It’s happening at all these rallies now and they’re letting it ride,” Jones said in an interview.

But video from the other black man escorted out with Jones shows the police did more than just let it ride:

How the #police did @undergroundkeem after HE got punched by a #trump supporter. Watch my previous post. There's no #edit #fayettenam #america #dumptrump #gopro #vote

“The police jumped on me like I was the one swinging," Jones explained to the Post. “My eye still hurts. It’s just shocking. The shock of it all is starting to set in. It’s like this dude really hit me and they let him get away with it. I was basically in police custody and got hit.”

Jones was handcuffed by Cumberland Sheriffs but not arrested.

Jones' friend who caught the police take down on tape told the Post that Trump's mostly-white crowd was extremely hostile almost from the moment he and his four friends took their seats, shouting, “You need to get the f–k out of there!” and “Go home n–rs."

“I wanted to take my 11-year-old child, to give him a touch of what’s happening political-wise. I’m glad I didn’t. I’ve never been more embarrassed to be from here in my life. It’s just appalling," 32-year-old Ronnie Rouse said.

For his part, Trump kept up his usual schtick up during the multiple protestor interruptions last night, mocking one protestor for having a“very dirty undershirt" as the crowd of 10,000 shouted “U.S.A.! U.S.A.! U.S.A.!”

UPDATE: According to North Carolina's WNCN the Trump supporter seen punching Jones in the face is 78-year-old John McGraw. The Liden resident was reportedly arrested and charged with assault and battery and disorderly conduct on Thursday.

The Wall Street Journal also reports that the Cumberland County Sheriff’s Office is investigating why its officers detained and handcuffed Jones, not McGraw. However, Sgt. Sean Swain defended his officers' actions, telling the Journal, "If you don’t separate and extinguish the problem right there as it occurs, it gets worse."

“We’ve been the bad guys since Ferguson," Swain said. We’re fighting an uphill battle for the public’s perception.”

No word on if the Trump campaign plans to pay for McGraw's legal fees. Last month, Trump encouraged his rally attendees to assault a protester who threw tomatoes towards the stage.

"Knock the crap out of ‘em. Would you? Seriously. Ok? Just knock the hell—I promise you, I will pay for the legal fees. I promise. I promise," Trump told an Iowa crowd.