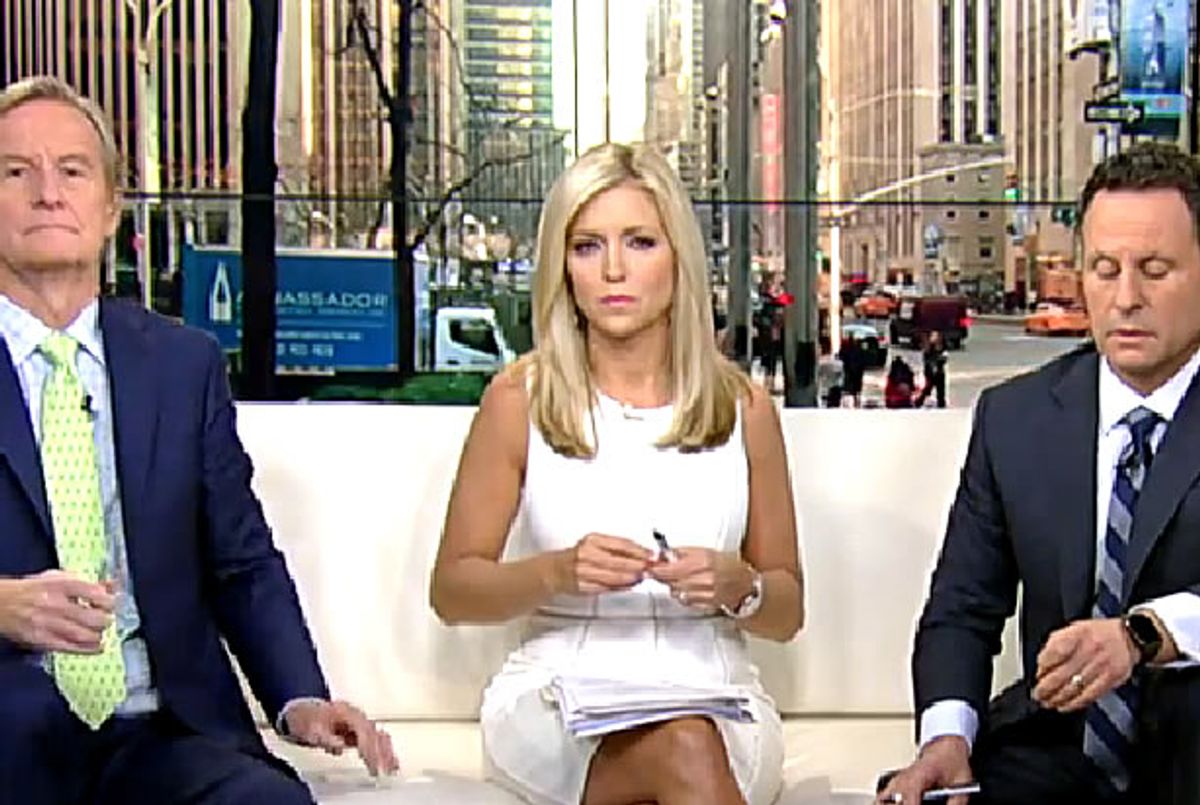 On Fox & Friends Thursday morning, Fox News' newest talking head of a certain hair color, Ainsley Earhardt, claimed that "we can all relate" to the experience Dustin Hoffman shared on PBS' Finding Your Roots -- which was learning that a forebear survived "a Russian concentration camp."

Heather Nauret reported on the segment from the episode of Finding Your Roots featuring Hoffman, in which the American acting icon learned that his great-grandmother "Libba" had survived a prison camp designed to exterminate Jews.

"The 78-year-old Hoffman was barely keeping it together," Nauret said. Hoffman's father, she added, "had always kept that family history a secret, and he was learning about it. It's fascinating how emotional it is for so many families."

Co-host Steve Doocy blandly remarked that the program was "powerful" and left it at that -- but Earhardt had something to add.

Doocy, for once aware that he didn't want to touch something with a ten-foot pole, said "it is indeed," then segued into the next segment.