Hmmm, Marco's up to something: Rubio campaign urging Ohio supporters to vote for Kasich 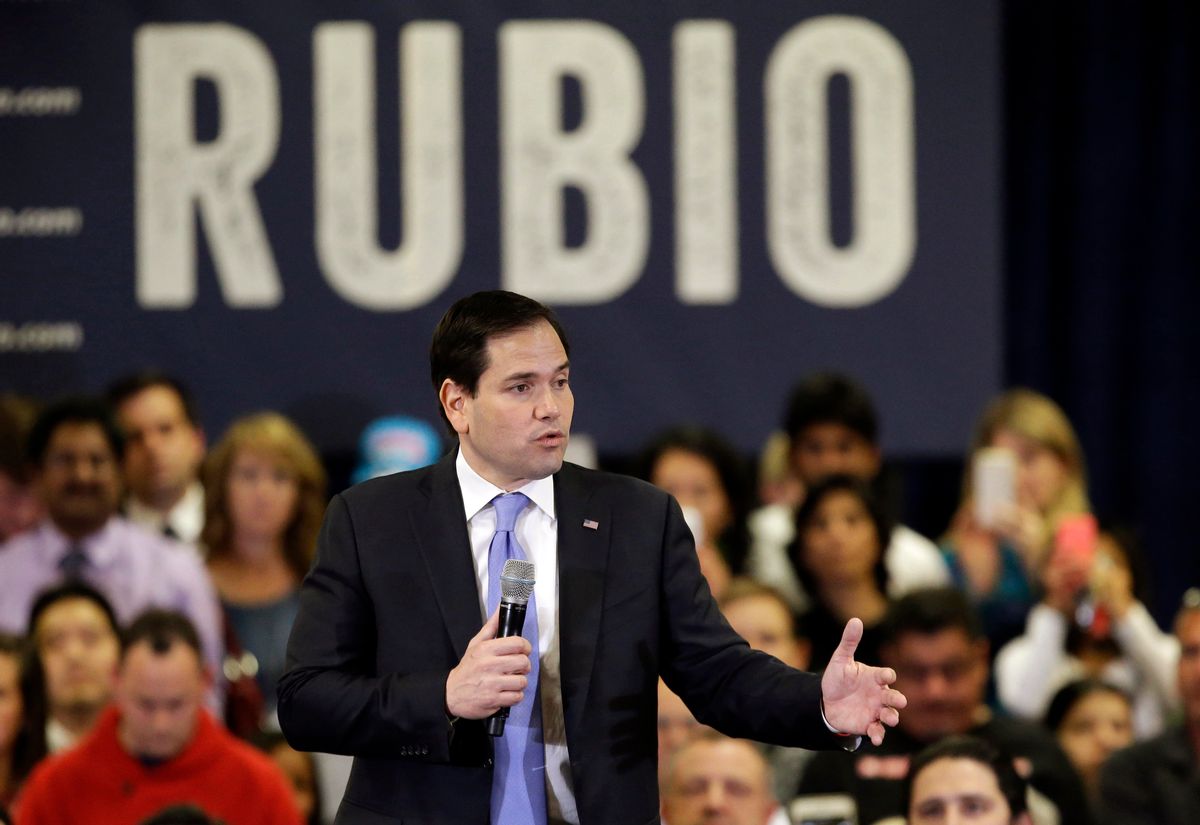 After months of sniping at one another to no avail, there is finally evidence that Republican presidential candidates not named Donald Trump are willing to work together to derail the Republican frontrunner. The latest and most overt sign yet of anti-Trump coordination came Friday, with Marco Rubio's campaign urging supporters in Ohio to vote for John Kasich.

“I’m just stating the obvious," Rubio spokesman Jeff Conant told CNN. "If you’re a Republican primary voter in Ohio and you want to beat Donald Trump, your best chance in Ohio is John Kasich, because John Kasich is the sitting governor and he’s closest to Donald Trump in some of the polls there.” Asked for clarification by CNN's Josh Berman, Conant confirmed that he was telling Ohio Rubio supporters they should vote for Kasich. Conant stressed that the same argument was true of Rubio in Florida and that anti-Trump primary voters there should support Rubio.

Rubio might have been hoping that in exchange for this gesture of goodwill, Kasich would reciprocate by telling his Florida supporters to vote for Rubio and perhaps propel the Florida senator to victory in his home state. If the Rubio campaign intended its overture as such a quid pro quo proposal, its hopes were quickly dashed:

So much for that.

This news comes on the heels of news that Ted Cruz super PACs had cancelled a major attack ad campaign against Rubio in Florida, which spurred rumors that Rubio could drop out of the race after Tuesday's Florida and Ohio primaries to form an anti-Trump unity ticket with Cruz.

Rubio, Cruz and Kasich did not attack one another at Thursday's presidential debate, fueling speculation that a multi-pronged anti-Trump alliance had been forged. Conservative pundit Erick Erickson sees it that way: "Kasich is now only campaigning in Ohio; Rubio is only campaigning in Florida; and Cruz is avoiding events in Florida and Ohio. There is clearly a plan to stop Trump."