"Sure, the climate is changing, but it always has been": Rubio wriggles like a hooked worm on the question of man-made climate change 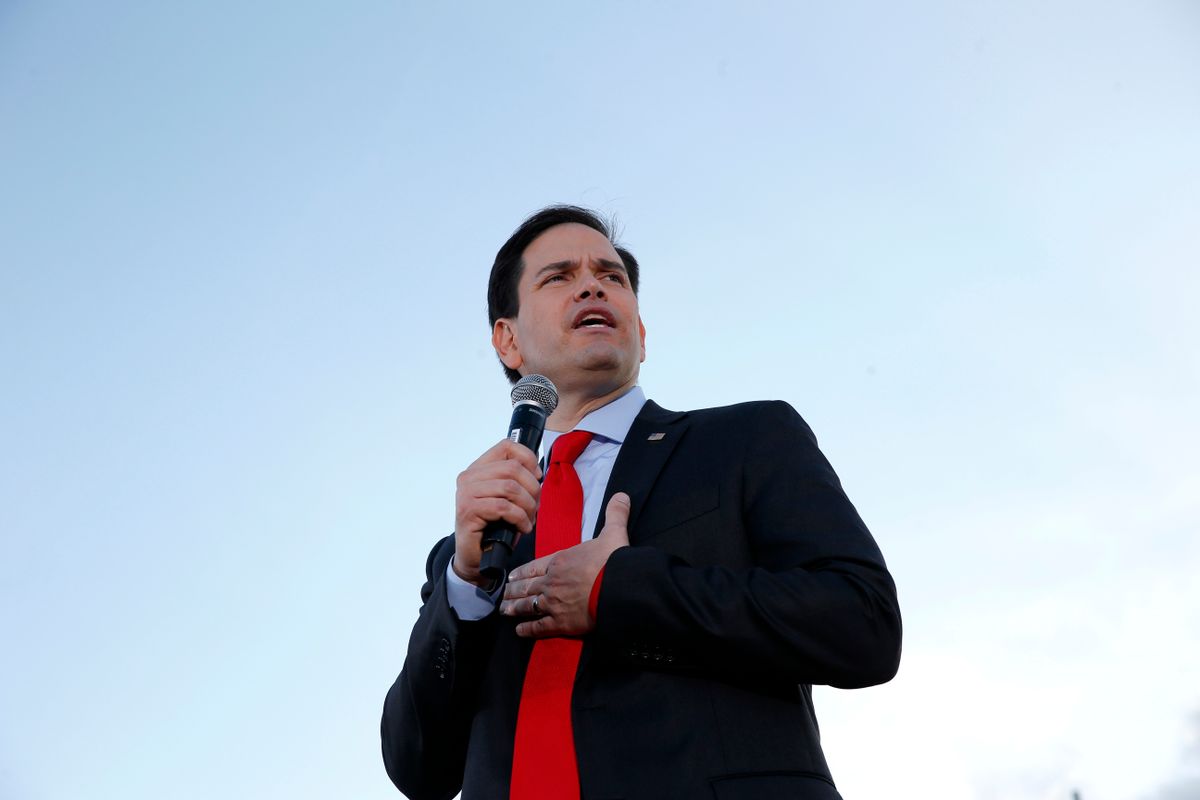 Given that Thursday night's debate is in Florida -- the state that all climate models agree will be the second one to disappear into the ocean after Louisiana if major changes to environmental policy aren't embraced -- it's not surprising that CNN's Jake Tapper asked the Republican hopefuls about their position on the anthropogenic nature of climate change.

The GOP candidates, of course, wriggled like hooked worms against the inevitable, beginning with Marco Rubio, who as a Florida senator should be more concerned than most.

"Sure, the climate is changing," he said, "and one of the reasons the climate changes is because the climate has always been changing." Which is, of course, true -- systems in flux seek equilibrium, etc., but that has no bearing on whether human activity has upset that equilibrium, or whether changes in human behavior can render parts of the planet that will soon be uninhabitable, re-habitable.

Rubio did, however, have a clever -- albeit empty -- retort: "As far as law in Washington go, we can pass [them] to change the weather, [but] there's no such thing."