"The next time we see him we might have to kill him": It's dangerous to be black at a Trump rally 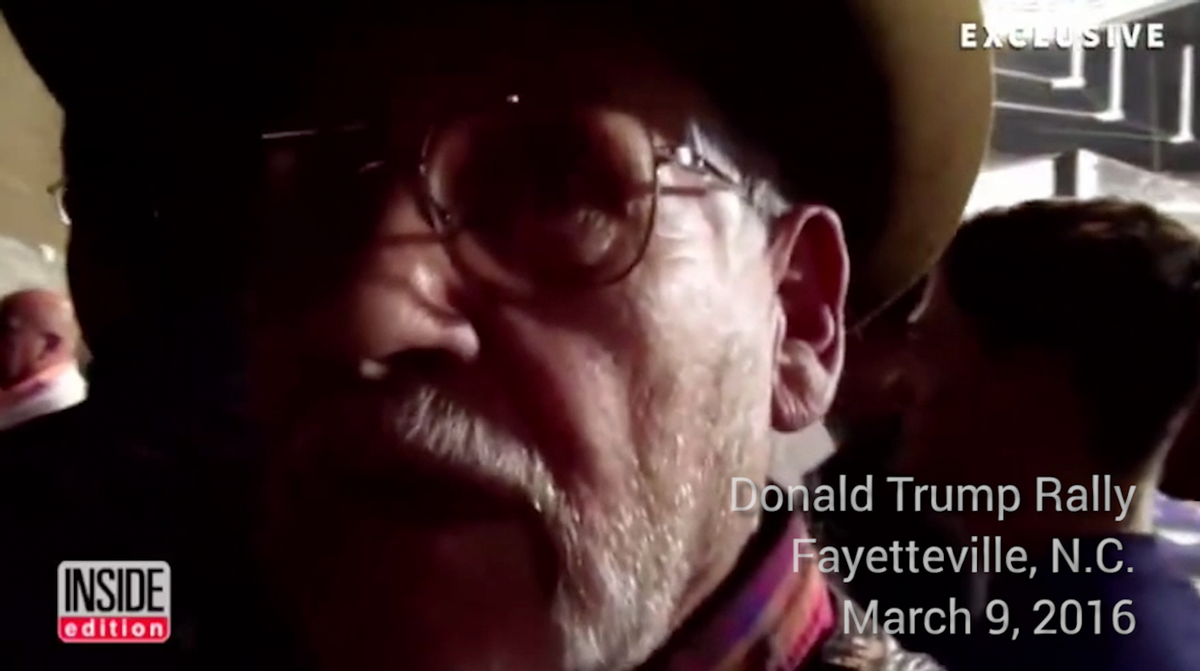 There was another assault on a black person at a Donald Trump rally on March 9, 2016 in Fayetteville, N.C. John McGraw, 78, was charged with assault and disorderly conduct after sucker punching 26-year-old Rakeem Jones.

After the assault he is caught on camera saying, "The next time we see him we might have to kill him."

The latest assault comes a week after a young black woman was attacked at a Trump rally in Louisville, Kentucky.

Watch the interview and our compilation of some of the most frightening Trump rally moments.