The monarchy's influence has waned with plummeting oil prices. What that means for the future of the Middle East 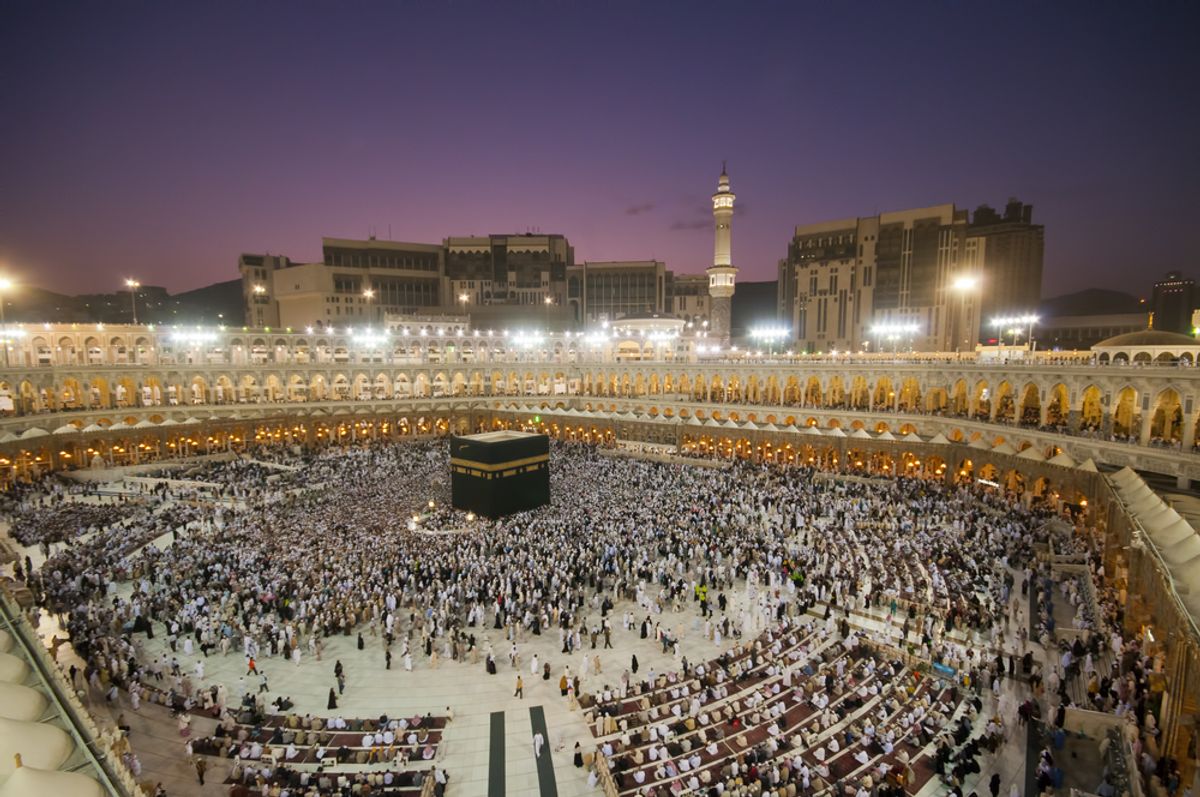 Five years ago, when the Arab Spring seemed at its most hopeful point, a Saudi diplomat told me, scornfully, that it would come to nothing. I had met him in the halls of the United Nations, where I had been asking diplomats about their views on Libya. The Saudis were eager to have the UN validate armed action to remove Muammar Qaddafi. A Saudi news outlet, al-Arabiya, had suggested that the Libyan military was killing its citizens with abandon. Fog surrounded Libya. The U.S. State Department seemed clueless. It did not have any reliable intelligence. Hillary Clinton, who pushed for war, relied upon the French and the Saudis for their assessment of Libya. These were unreliable narrators. Saudi Arabia, at least, wanted the Arab Spring shut down. It threatened its own undemocratic regime. The diplomat’s scorn grew out of this anxiety.

Like an angry dragon, Saudi Arabia lashed around the region, throwing money and arms, encouraging chaos in this and that country. One underestimates the biliousness of monarchs: at a 2009 Arab League meeting, Qaddafi had cavalierly dismissed the King of Saudi Arabia as a creation of the British and a protectorate of the Americans. It was evident that the monarchs would not tolerate his existence for much longer. Two years later, they—with Western help—dismissed him.

Qaddafi was a personal affront to the Saudi King. More serious was the imagined threat America’s Kingdom perceived in Iran. When the Shah of Iran ruled there, the Kings of Arabia smiled. It was Islamic republicanism they hated, for it directly threatened them. Saudi Arabia’s fear of Islamic republicanism is what drives its policy. Saudi Arabia, Israel and the West pushed back against Iranian influence through the U.S.’ Syria Accountability Act (2003), the Israeli war on Lebanon (2006) and the nuclear sanctions regime of 2006. None of these worked.

Just as the Arab Spring provided the opportunity for the Saudis to intervene in Libya, so too did it provide the Saudis with the pretext for regime change in Syria and in other theaters where it fantasized about Iranian influence (Bahrain, Yemen and Lebanon). The Saudi ambition was to erase Iran’s presence. Five years later, the detritus of that policy is clear: Libya, Syria and Yemen are destroyed, whereas Bahrain has been reduced to a prison of dreams. The Saudi diplomat’s scorn was prophetic.

But much of the Saudi dream, given encouragement by the United States, has now turned. Syria and Yemen have been destroyed, but they remain standing. Iran has been welcomed into the fraternity of nations, whether with the slow erasure of the nuclear sanctions regime or integration into the Chinese and Russian networks. Saudi Arabia’s oil civil war has served to bankrupt Saudi Arabia as much as its adversaries. No flag of truce has gone up yet on the palaces of Riyadh. Nonetheless, there are inklings that King Salman’s circle is aware of their grave miscalculation.

Russia’s direct intervention into Syria ended all expectations of a regime change operation by the West. No Western bombing of Damascus is now possible short of a full-scale war with Russia. Even Ted Cruz will not be able to get the U.S. generals to agree to such insanity.

Absent massive Western bombardment, the government of Bashar al-Assad is not going to fall. Saudi Arabia’s main proxy force—Jaish al-Islam—lost its leader, Zahran Alloush, in a bombing run last December. It has not recovered. Saudi Arabia called in the opposition to Riyadh hastily, stuffed them into the High Negotiating Committee and warned them that any Geneva meeting would demand their surrender. The Committee dithered about the peace talks, and then watched as the Russians and the United States agreed to a “cessation of hostilities.” It would have been callous of them not to go along with anything that resembled a humanitarian pause.

Saudi Arabia was furious. It said it would send in ground troops of its own. But where would these troops come from? Saudi Arabia does not have an adequate army. It buys billions of dollars of U.S. weaponry, largely as a boondoggle for U.S. arms manufacturers. Saudi subjects are happy in the cockpit of a jet fighter as long as they can bomb countries that do not have jets of their own or air defenses. Few Saudi subjects would be pleased to die on the misery of a battlefield. For this, Saudi Arabia hires mercenaries from Pakistan and Morocco, from the Horn of Africa and Colombia. When Pakistan’s parliament refused to send troops to fight in Yemen last year, it meant that Saudi Arabia’s ground forces were unavailable.

Saudi generals whispered to the King’s circle that they thought an intervention into Syria was a bad idea. It had to be suspended. No road is open for Saudi ambitions in Syria.

King Salman’s son Mohammed bin Salman has staked his legitimacy on the Saudi bombardment of Yemen. The richest country in the Arab world has bombed the poorest country in the Arab world since March 26 of last year. No strategic gains have been met by the Saudi bombing. The forces of the Houthis and former president Abdullah Saleh are the Saudi targets. Their resistance has been fierce, but it has also been from a position of unevenness. Saudi Arabia has the best equipment, fully supplied by the West. As human rights groups have warned, responsibility for the considerable Saudi war crimes in Yemen are shared between Riyadh and its Western suppliers. Al-Qaeda’s gains in southern Yemen have been serious. It has used the Saudi air power as its airforce. This is what Mohammed bin Salman’s war has come to mean.

An exit from the quagmire in Yemen is not apparent. King Salman wants a dignified way to withdraw. He summoned a Houthi delegation to Riyadh last week. They are now in the palaces of the King, listening to their proposals. This is the first time that the Houthis have sent an envoy to Saudi Arabia, but it is not the first attempt at a peace process. Mohammed Abdel-Salam, the Houthi spokesperson who is now in Riyadh for these talks, led the delegation to Oman last year, when the two sides created a process that led to the ill-starred Geneva talks in June. But hope now is greater. Starvation stalks Yemen, whose infrastructure has been destroyed. There is desperation in the country. Saudi Arabia knows it cannot make gains absent Pakistani ground troops (and even then nothing is guaranteed). A cessation of hostilities is on the cards.

I have written earlier (part one, part two) about the truce in the oil wars. Certainly oil prices follow the trend lines of all commodity prices, which have dropped as a result of slack demand. But oil prices dipped further than those of other raw materials, suggesting that this had more to do with politics than economics. The meeting in Doha that pushed for a freeze in production level already raised the world oil price—Brent Crude—from $30 to $40. A closer approximation to market prices will soon appear. Saudi Arabia had to make a deal with Russia (and behind Moscow, Iran) to get this relief to its otherwise rattled exchequer. The cessation of hostilities in the oil market is one more indication of a weakened Saudi Arabia.

I reached out to the scornful diplomat to ask him what he thought now about the failures of Saudi Arabia. He returned my message this afternoon with a dampened sensibility. “Difficulties are clear,” he wrote. “The Kingdom will have to find a way forward. The West betrayed us.” The last sentence is of interest. Rather than take responsibility for its dangerous gambits, Saudi Arabia will start to blame the West, particularly President Barack Obama, for not bombing Syria and for the end to the Iranian nuclear sanctions. This is a cliché. It is not near reality. America’s Kingdom overreached. In doing so, it destroyed several Arab states. This is not the time for scorn. This is the time for great sadness for what has befallen great Arab societies, which will have to dig deep into their resilience to rebuild their communities.