My European-born wife regularly implores me to stop comparing Trump to Hitler and Mussolini. I'm not so sure 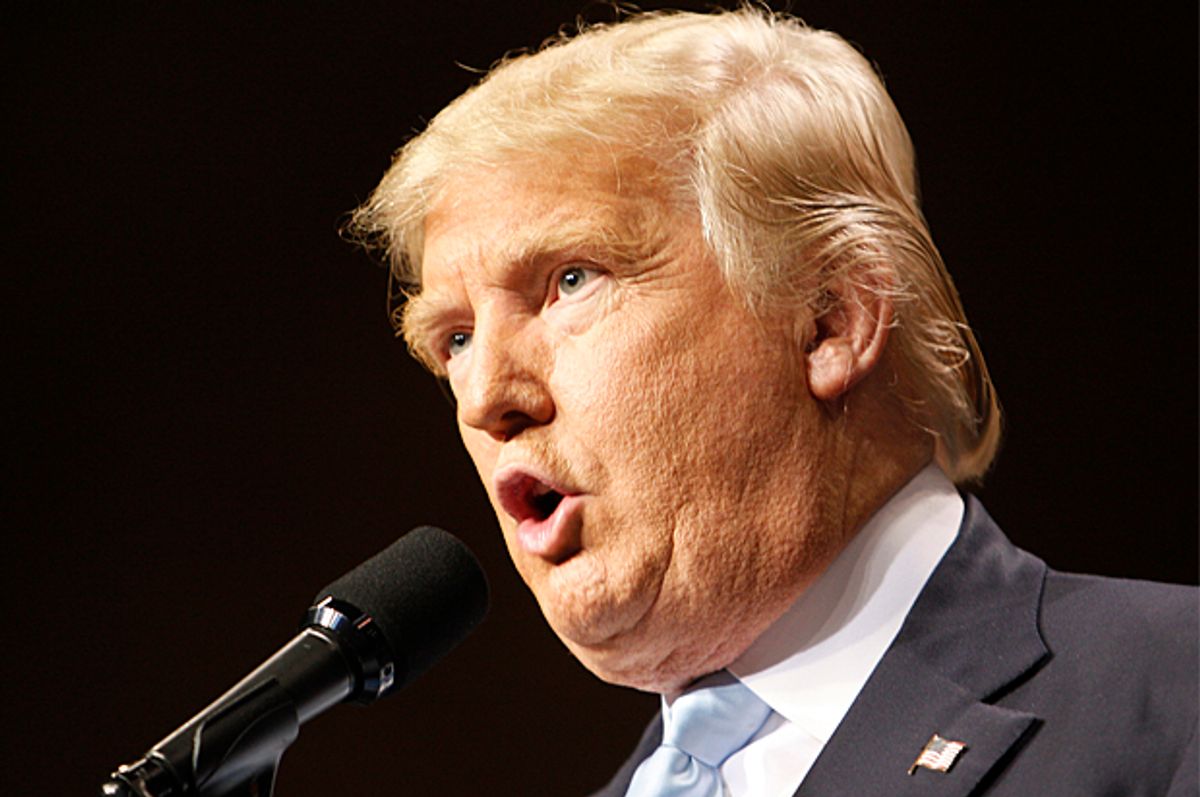 GAZIANTEP, Turkey - While interviewing Syrian refugees near the Turkish-Syrian border, I came across a young man dressed in stylish Western clothes and a floppy wool cap. Just 21 years old, he’d only recently arrived in Turkey. The young man spoke of hardships back home, his troubles adjusting to refugee life and a broken heart after his girlfriend left him. Quick to smile and seemingly candid about his difficult past, I thought he was a good kid.

However, right after our interview, my translator pulled me aside and said the young man told him that, until recently, he had fought with ISIS. At first, I didn’t believe it.

“He’s not with the Islamic State. He’s wearing skinny jeans,” I told my translator in a hushed tone so the young man watching our exchange couldn’t overhear us, in case he secretly understood English.

While processing the moment, I turned toward the young Syrian man whose gaze no longer appeared friendly, but steely. I was dismayed that I’d let myself be fooled by the packaging; how quickly I’d forgotten the lessons I’d learned, sometimes the hard way, while covering these kinds of stories.

Later than night, while perusing the headlines from America’s presidential race, a daily practice I do with equal parts obsession and self-loathing, I thought back on my earlier misevaluation of the young man in the form-fitting jeans.

While watching the latest rantings of an aspiring, tangerine-colored dictator whose top-heavy bouffant is begging for a chinstrap, I momentarily felt a disquieting camaraderie with the legion of nitwits who swallow his bile as if it were job-producing, Mexican-deporting champagne.

I was duped because I had forgotten my own past. It seems like many Americans are guilty of a similar sin, except theirs is a historical amnesia.

Here we have a slick, ready for prime-time package who presents himself to the American voting public as a bombastic business tycoon with a no-nonsense approach who tells voters the hard truths other candidates don’t have the stones to vocalize: that all their woes can be blamed on illegal immigrants, China’s proficiency in currency manipulation and a president who probably prefers mosques to churches, because, you know, he’s not really “one of us.”

Haven’t we seen this kind of lowest-common-denominator fear-mongering before? Surely, Americans remember the dark path the country trod during the McCarthy era, when the senator from Wisconsin had Americans seeing Communists floating in the breakfast cereal.

OK, maybe only our most senior of citizens remember firsthand those dark days, when questioning the American status quo was tantamount to treason. And I’m even willing to excuse some Americans’ inability to recall U.S. history tidbits like McCarthyism that are crammed into the last two weeks of high school.

However, surely most can summon vague remembrances of lessons on the European demagogues of World War II, who, like Trump, celebrated violence and the “good old days” when dissenters at rallies could be clobbered by thugs and carried out on stretchers.

I know I’m guilty of making that comparison at least once an evening while talking with my wife, who is Croatian-born and also a journalist. But as someone who's forgotten more about European history than I’ll ever know, she regularly implores me to pump the brakes when comparing Trump to the likes of Mussolini and Hitler.

My penchant for hyperbole aside, the point I often make is that most Americans don’t know much, if anything, about either fascist dictator. Even Trump himself didn’t realize that the Twitter handle @ilduce2016 was an obvious Internet mousetrap into which he ignorantly wandered and retweeted the original Il Duce’s famous line: “It is better to live one day as a lion than 100 years as a sheep.”

As the remainder of the “Greatest Generation” make for the grave, fewer Americans have witnessed firsthand the evil men do who want to be demigods. The remainder still breathing and going to voting booths seemingly know little or nothing about those horrors from our past and have even less inclination to learn from them.

By my estimation, some 265,048 articles have been written in recent months comparing Trump to Hitler and his method of mass-persuasion, truth-obliterating and race-baiting to textbook fascism.

Yet tens of thousands of his supporters fill airplane hangars and football stadiums to watch him bloviate off the cuff, repeat his poll numbers and make unveiled, racist remarks until his wretchedness incites protesters hidden in the crowd to speak out before being carted off by security goons as Trump leads the masses in a throaty chant of “U-S-A! U-S-A!”

Witnessing this collective forgetfulness/willful ignorance/goddamn stupidity prompted me to crawl under the covers and wonder whether it’s even a good idea if my unborn daughter becomes a U.S. citizen, as is her right since I am an American.

Who knows what will happen if the historically challenged multitude sweeps Trump into the White House come November? Citizenship might not even be an option for her and others amid the growing zeal to seal the border and keep away any and all filthy interlopers who might besmirch their twisted take on the American Dream.

While pondering this frightening potential future, one positive came to mind: Compared to the growing celebration of a pseudo-strongman whose popularity is predicated on American ignorance, my own inability to spot an extremist wearing thigh-hugging denim was a little less damning.