Raising Muslim kids in a climate of hate and fear: This is how our family has fought Islamophobia since 9/11

I started small, with visits to my kid's classroom to talk about Muslim kids and fasting—that grew into a tradition 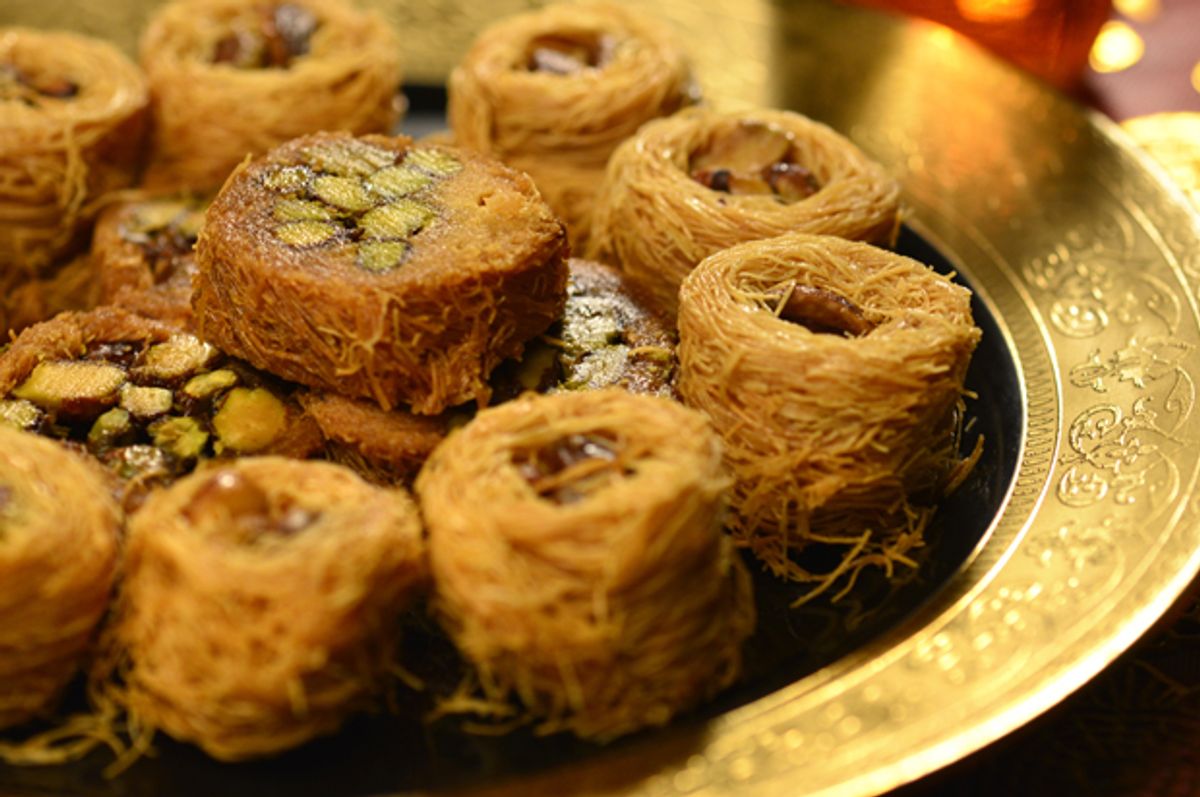 On 9/11, I wanted to stick my head in the sand and disappear, but my 3-year-old son needed to be picked up at preschool and the school insisted parents show up, tardiness and terrorist incidents notwithstanding. I put my hijab on, bundled up my 1-year-old toddler and stood with the other parents outside the brown brick building on that chilly afternoon. I noticed that no one was making eye contact with me as they talked about the news. It was the beginning of the school year, we hadn’t had the time to get to know each other and now I was too shattered with anxiety for small talk. As soon as I got home I called the elementary school where both my daughters were blithely running around during recess. I needed to know they were safe.

That evening I watched all four of our children eating and playing. “We’re all toast,” I said to my husband. As far as I was concerned, the End of Days had arrived for us. “You’re being dramatic,” he said. “People know us.”

Although my parents were from Pakistan, I grew up in the West. And like most people, my social circle tended to resemble people like myself. There’s comfort in the familiar. But after 9/11, I realized just how important it was to break that habit.

“You never come to my school?” whined my 7-year-old daughter. As a mother of four young children under the age of 7, I hardly had time to eat or bathe. There were days when my mental state was precarious at best. But there was a nagging voice that said if I wanted to be part of a world where my children weren’t seen as the “scary other,” I had to make time.

It was Ramadan, the Muslim month of fasting. I went to my daughter’s first grade class and read from a book, "Zaki’s Ramadan Fast," about what that experience was like for Muslim kids and families. And then I pulled out a bag of Kinder eggs for all my daughter’s classmates. I’d tell them to hold on to them until sunset to see if they could put off eating something they really wanted.

“They eat them as soon as you leave, you know,” said my outraged daughter. For her it was a matter of principle, for me it was being an ordinary mother to my daughter’s friends. I went every year to a different child’s classroom and soon became that lady with the eggs. As kids transition into high school, parents transition into kryptonite if you come near them in school. So I came up with another way to include their friends into our lives.

Eid-ul-Fitr, the celebration day that commemorates the end of Ramadan. It was the equivalent of Christmas, the granddaddy of all holidays in North America. I told my kids to invite their friends and teachers to our home to celebrate with us. As they grew older, their circle of acquaintances grew larger, my daughter’s rugby teammates, my son’s basketball coaches and friends. “Can I invite—“ Yes," I would reply without thinking. I had said they could invite everyone and they did. No one was off limits; the neighbor who recently became a widow, the friends of their cousins, the man who pruned the tree? Why not?

Eventually the house wasn’t large enough to accommodate the yearly gathering. But I couldn’t put a limit on it. It had become tradition. The kids didn’t want Eid to be moved from their home, because it wouldn’t be the same. So we rented a tent and put it in the backyard. Our family started cooking a week ahead of time to make sure there was enough food. My sister-in-law pitched in so I wouldn’t become overwhelmed. We scheduled the visits so they ran all day so the tent wouldn’t overflow. My daughter, the Kinder egg moralist, was by now in university out of the country. She’d come home once a year and invite all her friends that day so she could catch up with everyone.

I have to admit that 9/11 made me a more involved mother than I probably would have been otherwise. It’s easy to hang out with people you’re more familiar with. But children force you to break down those boundaries. Today, Muslim American children are growing up in a time where Islamophobia is a growing concern, presidential candidate Donald Trump talks openly of banning Muslims from entering the United States, and ISIS is threatening the world.

I stood with the parents of my child’s preschool on 9/11. We were all strangers and lived in our own worlds, insulated by our schedules and cultures. If you really want to know one another, there’s no better way then to break “bread” together — in our case, butter chicken and curry chickpeas.

Last Eid, a friend came to our home and looked around. “There aren’t a lot of Muslims here.”

“I know,” I said surveying the chaotic scene of partygoers. “It’s great, isn’t it?”

Zarqa Nawaz is the creator of the sitcom "Little Mosque on the Prairie" and the author of "Laughing All the Way to the Mosque," which will be released in the U.S. in May 2016 by Virago Press. Learn more at www.zarqanawaz.com.