This is why the right hates Donald Trump: He doesn't question their core beliefs, but they still see the danger

Conservatives call him an extremist, a populist, even a liberal. Anything but one of their own. So what if he wins? 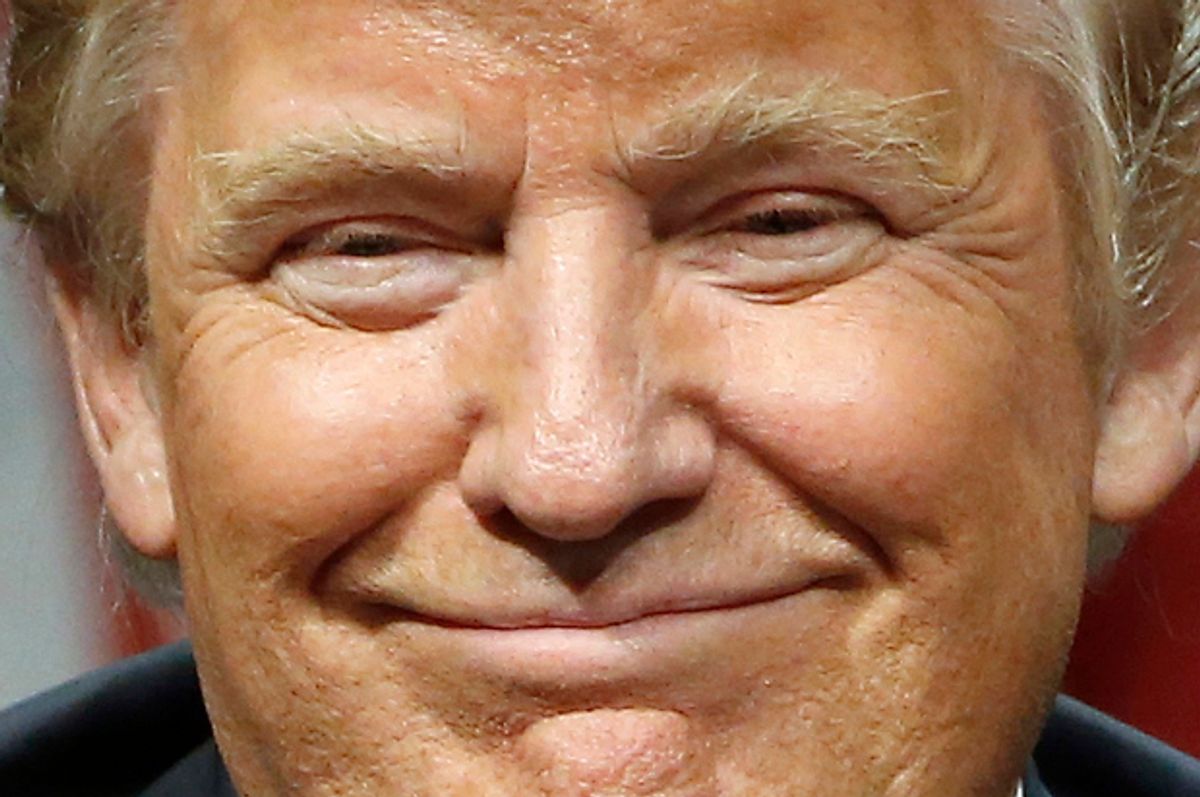 If Donald Trump wins the Republican nomination and the general election in November, it will be a victory for the GOP—and a defeat for conservatism. Not because Trump isn’t a conservative but because he is.

Since Trump began to pose a threat to the other Republican candidates in the race, many a pundit has claimed that he is not a conservative. He’s reckless and radical. He’s an outsider. He’s an extremist, a populist, a wild man with no respect for the rule of law or the rules of the game.

The same could be—and often was—said of earlier conservatives. Google “Reagan” and “radical.” You get more than 15 million results. Margaret Thatcher scoffed, “Whoever won a battle under the banner ‘I stand for consensus’?” William F. Buckley Jr. proudly called his generation of conservatives “the new radicals.” Conservatives have always been partial to a little madness and a little mayhem, as their founding father, Edmund Burke, came to realize when he took up battle against the French Revolution.

Born with three strikes against him—bourgeois, Irish, Catholic on his mother’s side (and only recently converted to Protestantism on his father’s)—Burke was an outsider to the British establishment of the eighteenth century. Yet he went on to lead its campaign against revolutionary France. Outsiders like Burke or Thatcher—even Donald Trump, who’s never been a Republican, much less an officeholder—have always been necessary to the right. They know how the insiders look to ordinary people—and how they need to look.

The right has a task: against a revolutionary or reformist left’s claims of freedom and equality, it must reinforce the ramparts of privilege. From the French Revolution to the New Deal to the Civil Rights Movement and women’s liberation, conservatives have always defended social hierarchies, doling out rights to the few and obligations to the many.

What Burke learned on his way to the counterrevolution was that the greatest enemy to the established elite was…the established elite. Most elites were timid, inept, unimaginative, rule-bound. “Creatures of the desk” was how he described them. Pencil-sharpeners and paper-pushers, they lacked “the generous wildness of Quixotism.” They were weak and spineless, too cozy in their comfort to crush their enemies.

To defend the established hierarchy, the counterrevolution would have to be as energetic and immoderate, as wild and unpredictable, as the revolution it sought to overthrow. “To destroy that enemy,” Burke wrote of the Jacobins, “the force opposed to it should bear some analogy and resemblance to the force and spirit which that system exerts.” Zealotry, daring (“every little measure is a great errour”), and intemperateness: these were the qualities that were needed. “The madness of the wise,” Burke reminded his comrades on the right, “is better than the sobriety of fools.”

Though Burke believed in aristocratic leadership and spoke to and for a mostly aristocratic polity, he understood that conservatism had to appeal to the commoner. Otherwise, the lower orders would defect to the other side. In a liberal democracy, where the lower and middling orders have the vote and often bridle at their burdens, that is a difficult task. To make privilege popular, Burke’s successors have had to conscript these lower and middling orders into their armies of inequality.

Since the 19th century, nativism, nationalism and racism have been been ideal recruitment devices. “With us the two great divisions of society are not the rich and the poor, but white and black” declared the slaveholder statesman John C. Calhoun; “and all the former, the poor as well as the rich, belong to the upper class, and are respected and treated as equals.” Men and women at the near bottom of society have little money and even less power. But no matter how low they are, they always can lord their status and standing over those even lower than they. As John Adams so brilliantly recognized in his "Discourses on Davila": "Not only the poorest mechanic, but the man who lives upon common charity, nay the common beggars in the streets…plume themselves on that superiority which they have, or fancy they have, over some others."

For Nixon and Reagan, these others were blacks (sometimes coded as criminals or welfare cheats). For Trump, they’re Muslims and Mexicans.

Conservatism has one fatal flaw, however: Sometimes it wins. Once it beats back or destroys the left, the right loses its reigning purpose, its energy and élan. It is “in times of crisis,” the British conservative Roger Scruton once observed, that “conservatism does its best.” According to Friedrich von Hayek, when the defense of the free market was influential, it became “stationary.” When it was put “on the defensive,” it gained traction, depth, and force.

And here we come to the actual novelty of Donald Trump. Since Bill Clinton declared in 1996, “The era of big government is over,” the left has oscillated from retreat to defeat. Whoever the occupant of the White House, all post-Reagan presidents have beat the GOP drum of low taxes and standing tall, small government and a big military.

Occasionally, a brush fire breaks out on the left: Occupy, say, or the Sanders campaign. But Occupy fizzled out, and Hillary Clinton was able to dismiss Sanders’s proposals with a simple warning that they would expand the size of government. We’re still in Reaganland. When it comes to the fundamentals—low taxes, high-octane militarism, even restrictions on abortion—the right remains in the driver’s seat.

Which is why it has been so easy for Trump to take the car off-road. To experiment, however erratically, with ideas like defending entitlements, raising trade barriers, funding Planned Parenthood. All conservatives experiment: as Burke reminded an aristocratic émigré from revolutionary France, any restoration of the old regime would “be in some measure a new thing.” But such experiments have always been disciplined by the fear of the left. Since the 1960s, modern conservatives have had to make coded rather than overt appeals to racism. It was only by doling out the smallest portions of red meat that they got their tax cuts and military budgets, their deregulation and majority on the Supreme Court.

Trump hasn’t dared touch a lot of the orthodoxy of the right, including its penchant for tax cuts, which is the keystone of the conservative counterrevolution, as everyone from Howard Jarvis to George W. Bush understood. But without the fear of the left—listening to the Republican debates, you’d never know the candidates were even concerned about their opposition, so focused is their fratricidal gaze—Trump is free to indulge the more luxurious hostilities of the right.

And this, in the end, may be why Trump is so dangerous. Without the left, no one has any idea when his animus will take flight and where it will land. While counterrevolutionaries have always made established elites nervous, those elites could be assured that the wild Quixotism of a Burke or a Pat Buchanan would serve their cause. As today’s Republicans and their allies in the media have made clear, they have no idea if Trump won’t turn on them, too. Like Joe McCarthy in his senescence, Trump might try to gut the GOP. At least McCarthy had a real left to battle; Trump doesn’t.