"Forget about Todd, especially now": With her husband hospitalized, Donald Trump jokes even Sarah Palin could have stopped San Bernardino attackers with a gun

A thank you, of sorts, after Palin delayed her return to Alaska to rail against "punk-ass little thuggery" 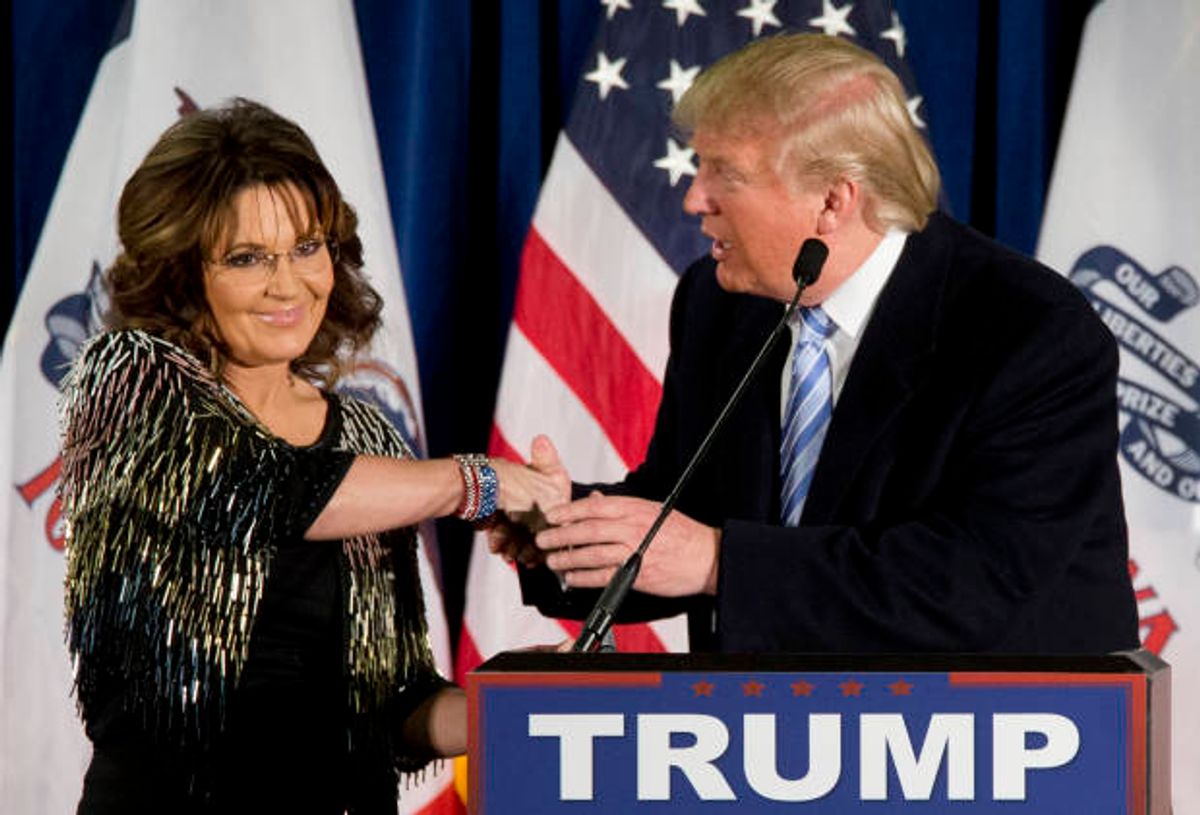 Sarah Palin's husband, Todd, was involved in a serious snow mobile accident on Sunday and is in the intensive care unit of an Alaskan hospital. The failed presidential candidate had been scheduled to stump for Donald Trump in Florida all day Monday, but the campaign announced early Monday afternoon that she'd fly back to be by her injured husband's side instead. Still, before Palin could leave the Sunshine State, she made one stop on behalf of the Republican frontrunner where the two former reality tv stars certainly put on a show.

“I’m a peace-loving person," Trump insisted during an earlier town hall in Tampa with New Jersey Governor Chris Christie. But at a rally later in the day, Sarah Palin hyped the Trump audience, who were forced to pass a vocal anti-Trump protest in order to enter the Tampa arena, by falsely suggesting that counter-protest are a violation of the First Amendment.

“What we don’t have time for is all that petty, punk-ass little thuggery stuff that’s been goin’ on with these quote-unquote ‘protesters’ who are doin’ nothin’ but wasting your time and trying to take away your First Amendment rights -- your rights to assemble peacefully," an ever feisty Palin yelled to the crowd, after reassuring them that her husband was recuperating from his injuries in the ICU.

"And the media, bein’ on the thugs’ side — what the heck are you guys thinkin’, media? It doesn’t make sense!”

Trump returned the favor to Palin when he took the stage, arguing that if anybody had been armed -- even Sarah Palin -- the San Bernardino shooters could have been stopped.

“There were no bullets going in the opposite direction,” he argued.

“Forget about Todd, especially now,” he bizarrely quipped, as Todd Palin remains in the ICU: