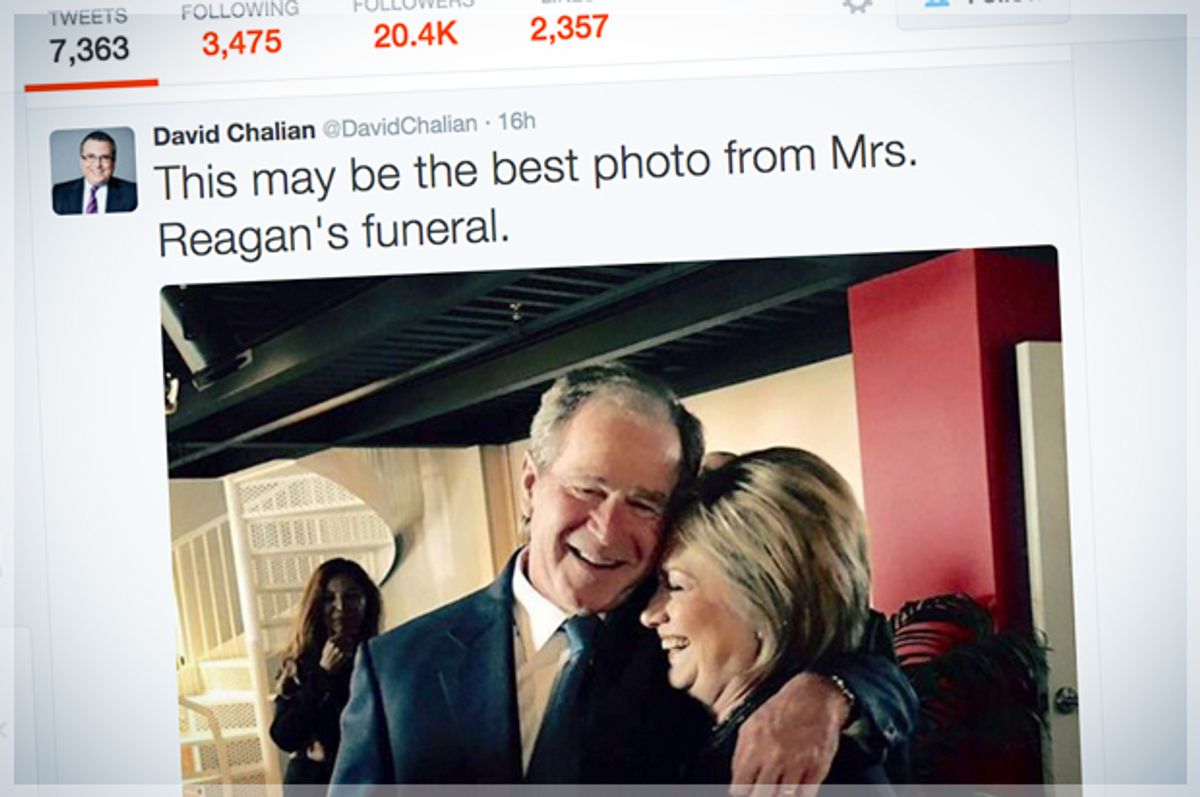 Hillary Clinton applauded the Reagans on Friday for "starting a conversation" about AIDS — while, in reality, their administration ignored the epidemic for years and even laughed at what it derisively called the "gay plague," while tens of thousands of Americans died.

The internet exploded, satirizing the photo and adding fake captions. Left-wing Twitter users condemned the many political similarities between the former Republican president and Hillary Clinton — particularly their collaboration in pushing for the Iraq War, which the U.N. explicitly said at the time was illegal, and which led to the deaths of more than 1 million Iraqis.

@DavidChalian "Isn't being a conservative fun?"