"There's no violence whatsoever, these are love fests": Trump's denial about brutality at his rallies is out of control 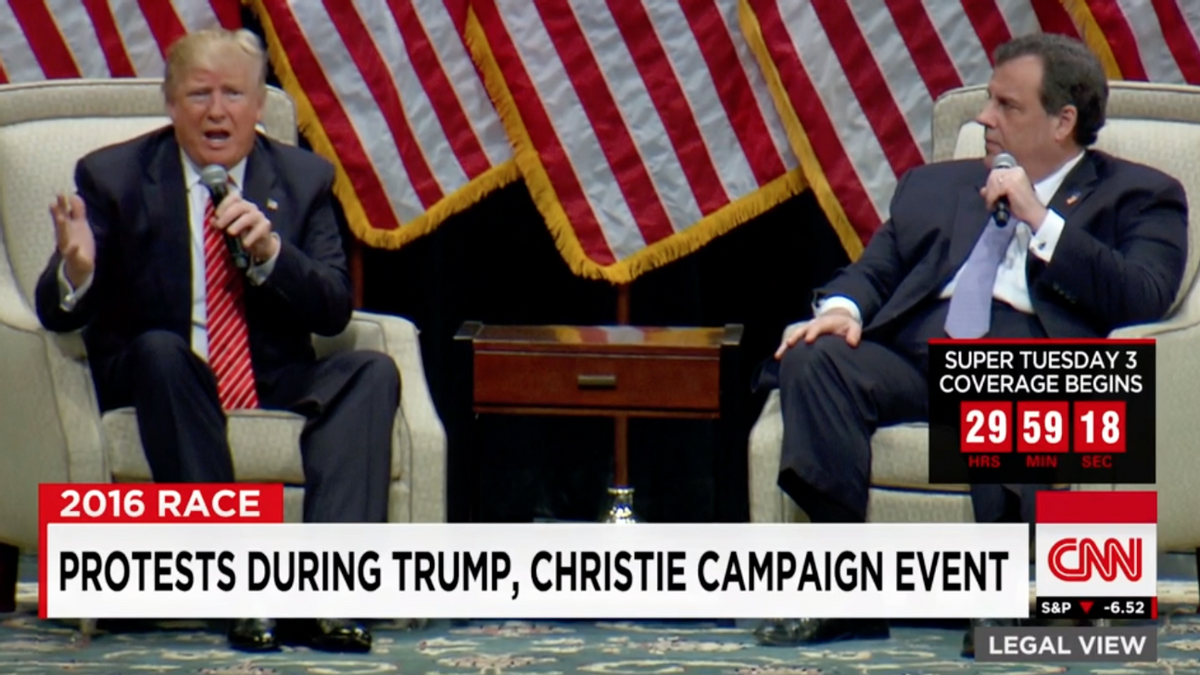 Donald Trump called his rallies "Love fests" in an interview with Chris Christie Monday at Lenoir-Rhyne University in North Carolina. Trump also said the media has wrongly reported on violence at rallies and "No one has been hurt."

The Republican front-runner went on to call his rallies "tremendous" and a "movement" adding "We are not angry people, we're all good people."

Watch Trump continue to deny the violent nature of his protests here.