Where Marco Rubio's football dreams went to die: More of a joke than a jock, Rubio was only recruited out of desperation

"I remember him suiting up for the team picture, but that is about it," says a former Rubio college teammate 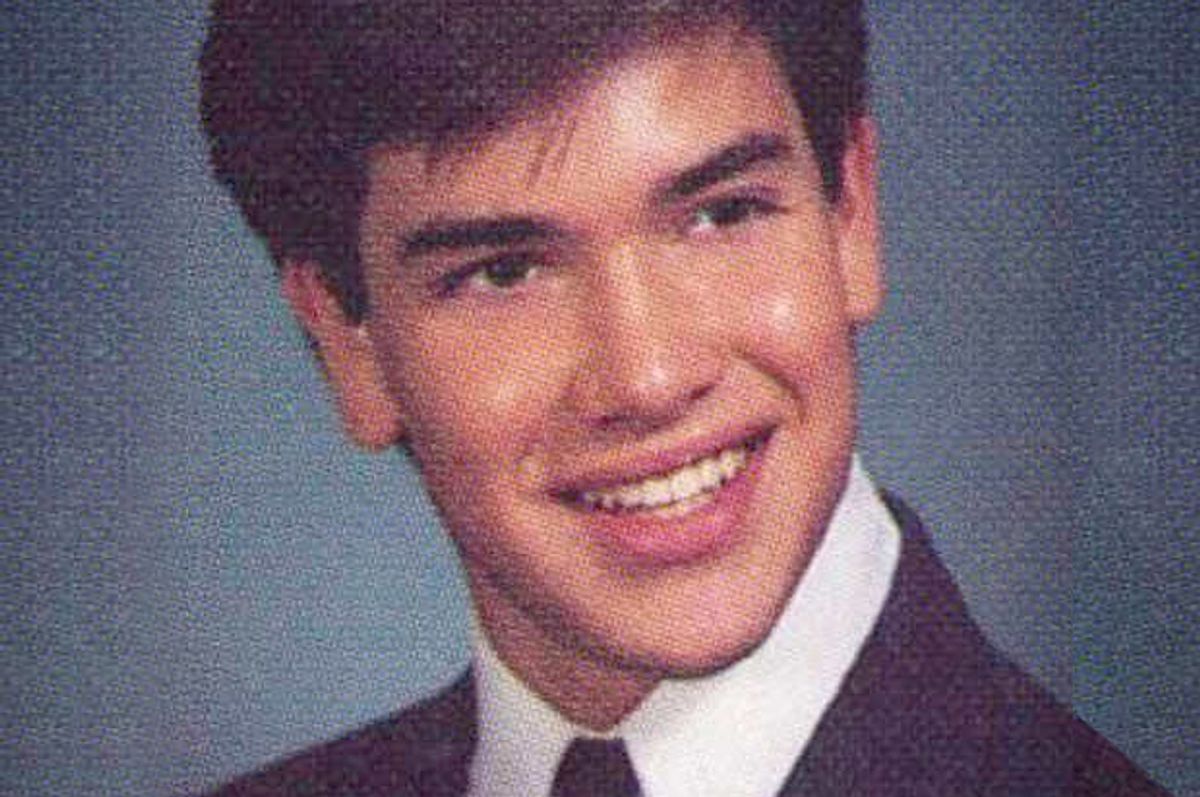 “Tarkio Prison,” students called it, a 65-acre, 750-student campus in the northwestern most corner of Missouri surrounded by seemingly miles and miles of nothing. Omaha was an hour-and-a-half away. Kansas City was two. Fun was a single Pizza Hut in the single stop light town of 2,000, road trips to Lincoln, Nebraska or the nearest Wal-Mart.

Marco Rubio arrived in 1989 without ever having visited, traveling by plane to Kansas City with other football players from the Miami area, then driving through an endless expanse of wheat fields and windmills.

“I just remember thinking, ‘This is very different from Coconut Grove,” recalled Larry Meno, who played football with Rubio in high school and made the trip west with him as well. “It was such a shock, to be 18 or 19 years old and moving to the middle of the midwest. It was sink or swim. You had to adjust.”

Rubio has explained his year at Tarkio College as a youthful folly, a school he was offered a chance to pursue his dream of making it to the NFL in a religiously minded setting on the prairie.

The truth is a little more complicated. Rubio has made his football prowess a key part of his campaign pitch, tossing the ball around flag football games while campaigning through Iowa, and taking passes from the likes of Dan Marino and Tim Tebow on the floor of the Florida statehouse. Last year, his campaign released a web ad featuring Rubio catching a football tossed from somewhere off screen and answering questions like “What is your fantasy football team name” and “Were you more nervous before the first Republican debate or your first college football game?”

Nearly every press account of Rubio’s college years has described him as being recruited to play football at Tarkio College and offered a full scholarship to do so.  But what Rubio didn’t know as a high school senior was that century-old college was teetering on the brink of default, and indeed would close a year after Rubio dropped out and returned to Florida. A few years before Rubio entered, the school was desperate to stave off a financial collapse brought on by declining enrollment numbers. The board brought on a shady school administrator named Dennis C. Spellman who set up illegitimate off-campus programs, enrolled ill-prepared (and often homeless or drug-addled) students for them and collecting federal grants and loans in the process. The school was later described by one administrator as little more than “a front.” The student loan default rate was 79 percent, more than 10 times the national average. As he presided over Tarkio’s demise, Spellman was  the executive vice-president of seven colleges simultaneously, using similar schemes for each. He was described by one newspaper account as “Higher Ed’s worst nightmare,” and compared himself to Wyatt Earp.

In order to stave off the inevitable, the college invested heavily in student recruitment. “There was a tremendous effort to reach out to immigrant families, particularly Latino families” recalled Robert Hughes, who was on the board at the time. The school admitted all who applied, which was a good thing for Rubio, who by his own admission carried a 2.1 grade point average his final year in high school. The school didn’t grant athletic scholarships, but provided grant-in-aid to all who couldn’t afford to go.

For many, it was a school of last resort. The team was populated with players who had plans to go elsewhere but had seen those dreams fall through for one reason or another — the head coach being fired for example, or the financial aid package not being quite as large as promised — as spring stretched into summer. Recruiting, more than a dozen of Rubio’s teammates recalled, consisted of a coach gathering interested players in a given town and selling them on the possibility of filling out a college football roster for a school thousands of miles from their homes.

“It wasn’t like it was anybody’s main plan to be there,” said Skip Cocci, a linebacker who lived on the same dorm as Rubio. “I think the economy was pretty bad at the time, and some place that lets you go for free and asks you to play football starts looking pretty good.”

Rubio was a 5-foot-10 defensive back who was a role player at South Miami High School,  one of the most highly regarded high school teams in the nation. It is unlikely that the coaches at Tarkio ever saw game film of him, much less saw him play an actual down. Local press accounts include stories about other high school recruits, including some from Rubio’s Miami, deciding to sign with Tarkio, but there is no public mention of Rubio, a sign that his athletic future was not even on the radar of high school sports reporters. The school hadn’t posted a winning record in two decades, but Rubio thought it would give him the chance to switch over to wide receiver, a position he believed he was better suited for.

But it was not to be.

“I don’t know where this whole playing football thing of Rubio’s came from,” recalled one teammate who lived on the same freshman hall as the future senator. “I know he showed up to play football, and I remember him suiting up for the team picture, but that is about it.”

The team was led by a legendary Texas high school football coach, Doyle Slayton, who inspired fierce loyalty in his players, but who adopted a philosophy that relied less on how players performed at practice, some recalled, and more how they performed in the weight room. Despite being on a team that was nearly made up of three-quarters freshmen like himself, neither philosophy had much benefit to Rubio, who teammates recall rarely seeing much action beyond the practice squad, and worse, skimping on the mandatory workouts, which was odd, because as Matt Cunningham, a quarterback from South Florida put it, “There was nothing else to do there but play football and work out.”

“My memory of him is hanging out in the weight room, sitting on the bench and ragging on guys for not being able to lift enough,” recalled one lineman. “We used to tell him, ‘Get the hell out of here if you are not doing anything!’”

Tarkio had the reputation at the time of being both a jock school and a theater school, although the groups never interacted much. Rubio’s freshman class was mostly populated with the former, and contained a strong contingent of Floridians. Since joining a fraternity was frowned upon for football players, Rubio and a bunch of teammates formed their own makeshift one, calling it Sigma Alpha Gooch, in honor of one of their teammates, Paul, “The Gooch” Galvez, now a Medtronic salesman in South Florida.

The group and the rest of the dorm engaged in epic games of Tecmo Bowl, a rudimentary video game in which pro football teams would square off against each other. To a person, everyone contacted for this article recalls Rubio being far more successful at the 8-bit version of football than the real one, squirreling away for hours in his dorm room.

“He was far more competitive about that than he was about real football,” recalled Tim Kirkpatrick, a wide receiver on the team.

Dorm-mates recall Rubio developing elaborate theories about how the game worked and how to execute trick plays with the controls. And, they recall, he was a ferocious trash talker.

“Yes, he definitely talked a lot,” recalled Kirkpatrick. “He very much had a ‘I’m from South Miami type of attitude.”’

Former classmates describe Rubio as nearly bursting with Florida pride, trying to pick arguments with his friends from elsewhere.

“He was always telling me about how much better the beaches in Florida were to the beaches in California,” recalled one classmate who came to Tarkio from Los Angeles. “I don’t how I became the official defender of California, but it was just like that was his particular bone to pick with me, and he have to find something with everyone and he just wouldn’t let up.”

“He was a turd,” one classmate of Rubio’s wrote on a public Facebook page for Tarkio alumni. “You wouldn’t remember him. He was absolutely forgettable. I remember him because he used to brag about how awesome he was in Florida...all the time.”

It was a quality, his former teammates recall, that would carry over to everything--his ability on the field if only the coaches would trust him, his weightlifting, his video game skills.

“I would say, uhhh, he wasn’t exactly realistic in the assessment of his prowess,” recalled Cocci. “He was a memorable kid, even if people found him a bit abrasive. If you are jock, especially one who doesn’t play very much, your sort of have to be your own hypemaster.”

Rubio was so adept with words — and with talking up his own skills — that even back then friends described him as someone certain to make a career in politics.

“You could see in just the way he talked about Tecmo Bowl,” recalled Cocci. “It was like he was debating Donald Trump or something.”

And although none recall him being particularly political, even as events from overseas from the collapse of the Berlin Wall to the end of apartheid in South Africa dominated the headlines, none recall him talking politics much. But Lance Lasalle, who attended Tarkio at the same time as Rubio, recalled talking to him in the lunch line one day, and asking the Floridian what he wanted to be when he grew up.

"I hope to be the first Cuban-American in the United States Senate,” Rubio said. On his personal blog, Lasalle wrote that he started “sort of humoring him because I remember thinking that while he wasn't an idiot or anything, neither did I get the sense that was he particularly bright, ‘Why not president?’”

“Oh, I don't think that would be possible,” Rubio replied.  “I'm not dreaming that big."

The reason? “Basically because of racism,” Rubio said, adding that a Cuban could never be elected president of the United States.