Breitbart was never journalism: The story behind the Trump fan site's complete implosion

Three staffers out in a week, one ridiculed in public. It's only shocking if you're unfamiliar with "Trumpbart" 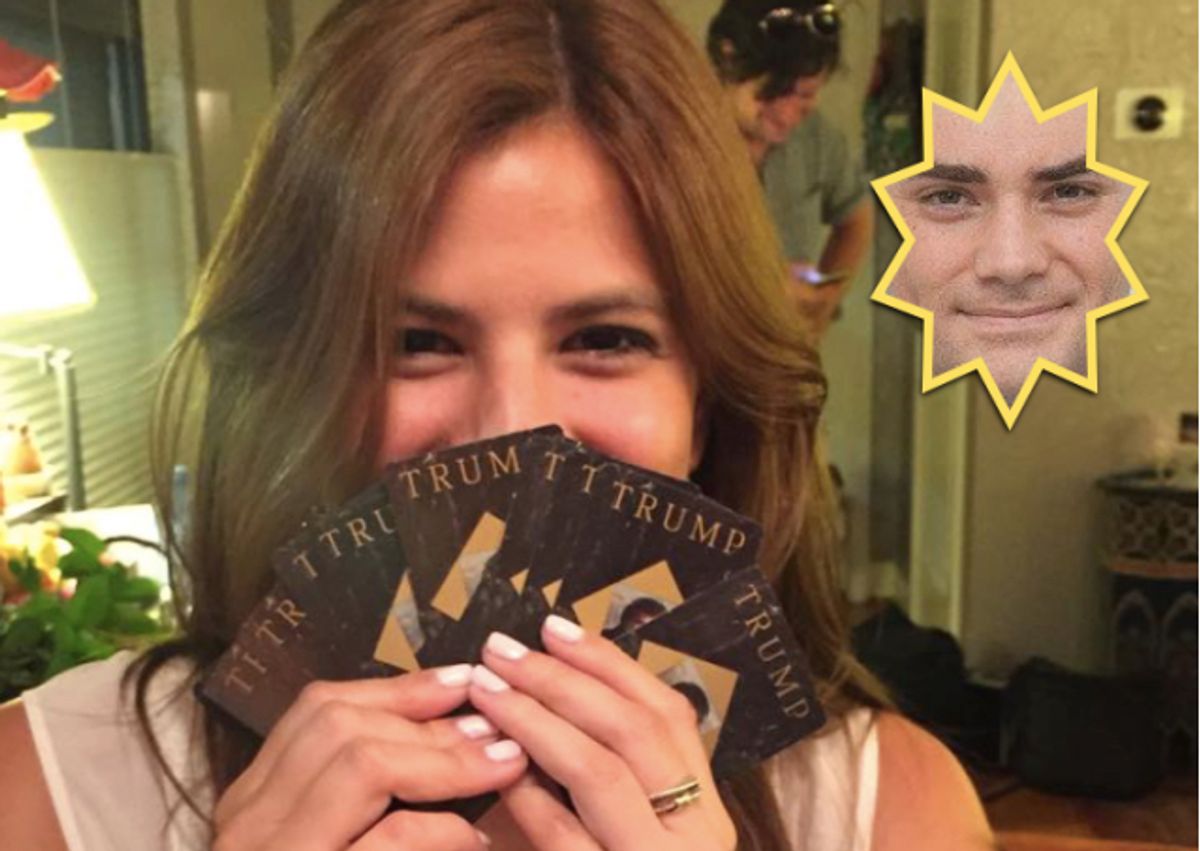 The single, violent campaign trail arm grab occurred when Donald Trump's campaign manager reportedly yanked a Breitbart News reporter. The flash of aggression lasted only a moment, but nearly one week later the widespread repercussions are still being felt as Breitbart unravels amidst resignations and internal sniping in the press.

Reporter Michelle Fields and Trump aide Corey Lewandowski remain the unlikely protagonists at the center of the conservative drama. But the entire Breitbart team seems to be reeling. The right-wing media site's under attack for not supporting Fields while simultaneously running a pro-Trump clearing house under the guise of campaign news. (The site's been dubbed "Trumpbart" by some critics.)

In the wake of the controversy, it looks like someone took a wrecking ball to Breitbart's masthead:

*Fields filed a police report against Lewandowski and has remained under verbal attack from the Trump campaign. (Lewandowksi called her "delusional" on Twitter.) Sunday night, Fields resigned from Breitbart.

*Longtime Breitbart writer and editor Ben Shapiro also quit in protest Sunday night, saying in a statement that Breitbart had been transformed into "Trump's personal Pravda."

* In perhaps the strangest episode yet in the saga, Breitbart responded to Shapiro's resignation by thoroughly mocking him on the site in a post that was subsequently deleted. Breitbart editor-at-large Joel Pollak later issued a statement saying the since-deleted post was "written by me as part of an effort to make light of a significant company event, and was published as a result of a misunderstanding without going through the normal editorial channels." Politico noted that the bizarre and supposedly satirical piece "was posted under the pseudonym" that Shapiro's "father used while writing for the site -- William Bigelow." Shapiro's father also reportedly resigned from the site on Sunday, and the younger Shapiro told Politico, "Breitbart put this under his byline because they knew I'd have to out him. ... The fact they would use my father's pseudonym in order to attack me just exposes how despicable they are."

*Breitbart publicist Kurt Bardella quit last week over how the site handled the Fields situation and publicly accused the site's editors of lying about what happened to the reporter. "As the evidence became more clear, there seemed to be resistance from Breitbart in supporting Michelle," Bardella told CNN. "And it's just something I just couldn't understand."

*Last week, Field's former colleague Patrick Howley sent out a series of now-deleted tweets about the Trump assault and suggested Fields was a liar, echoing the Trump campaign allegations about her. Howley was suspended for a few days.

Forced to choose between protecting its own employee vs. continuing with its at-times sycophantic Trump coverage (which includes publishing relentlessly attacks on Trump's GOP opponents), Breitbart opted for Trump fandom.

The move probably shouldn't have been surprising. Anyone who has followed the ethically challenged site over the years knows about Breitbart's factual and moral shortcomings.

Even after Fields was targeted by the Trump campaign, there was still very little daylight between Breitbart's content and Trump's message machine.

These were some of the site's top headlines on Sunday:

Trump Against the World: The Donald Regains Control in Home Stretch

What That Trump Security Moment Does To A Campaign, And How the 'Hitlerizing' Media Have Painted A Target Over Trump

Note that as the assault allegation unfolded in the press, "Breitbart chairman Stephen Bannon made several disparaging remarks about the reporter in conference calls with company leadership," according to Politico's reporting. And internally, Joel Pollack instructed staffers to stop publicly defending Fields.

And this from BuzzFeed [emphasis added]:

Despite the fact that there is video, an audio recording, and an eyewitness account that indicate Lewandowski did this, the Trump campaign has denied it, and Breitbart published a story by Pollak arguing that the person who manhandled Fields was not Lewandowski,appearing to side with the Trump campaign over their own reporter.

Think about that for a moment: A reporter accused Trump's campaign manager of assaulting her and then her colleague published a piece suggesting her account didn't add up.

"It makes no sense," noted Gawker, "until you consider that perhaps the media outlet's relationship with the Trump campaign is worth more to it than the safety and health--mental and physical--of its own employees."

Suspicions of a pay-for-play foundation continue to hound Breitbart. "According to four sources with knowledge of the situation," BuzzFeed's McKay Coppins reported last year, "editors and writers at the outlet have privately complained since at least last year that the company's top management was allowing [Donald] Trump to turn Breitbart into his own fan website -- using it to hype his political prospects and attack his enemies."

There's been nothing subtle about Breitbart's Republican primary coverage. Back in January, the conservative Daily Caller noted "Breitbart News published at least 30 stories in the past week about Donald Trump's theory that Sen. Ted Cruz is ineligible to run for president because he's not a natural born citizen."

Breitbart executives deny the pay-for-play allegations. If that's the case, Breitbart decided to hang its reporter out to dry after being assaulted by Trump's campaign manager because ... why exactly?

There's nothing wrong with advocacy during a campaign season. But for a so-called news site to dedicate its time and resources to propping up only one Republican candidate? For a news site to turn its back on one of its reporters after she said she was manhandled by that candidate's campaign manager? Those are dubious new lows.

And that's why the Breitbart/Trump story only comes into focus when you realize Breitbart operates as a political entity, not as a news or journalism outlet.

At one point last week Breitbart's Washington, D.C. editor, Matthew Boyle, in an attempt to contain the story, released a text conversation he had had with Lewandowski. But all the texts did was raise additional doubts about Breitbart's loyalty: Boyle suggested the attack on Fields had been a "misunderstanding" and emphasized that he wanted to "make sure that this doesn't turn into a big story."

"We are now at the point where any skepticism of Donald Trump is a bridge too far," explained Matt Lewis at the Daily Caller. "When Ben Shapiro isn't hard core enough for you, you're the one with the problem,"

It's too early to tell if the assault story will damage the Trump campaign. But as the Trump non-believers are purged from the site, we know Breitbart's now officially unraveling.