Donald Trump is playing them, too: Even Samantha Bee and John Oliver are complicit in giving Trump exactly what he wants — free airtime

Every time a late-night comedy show "destroys" Trump, we watch, and the GOP frontrunner gets to put his wallet away 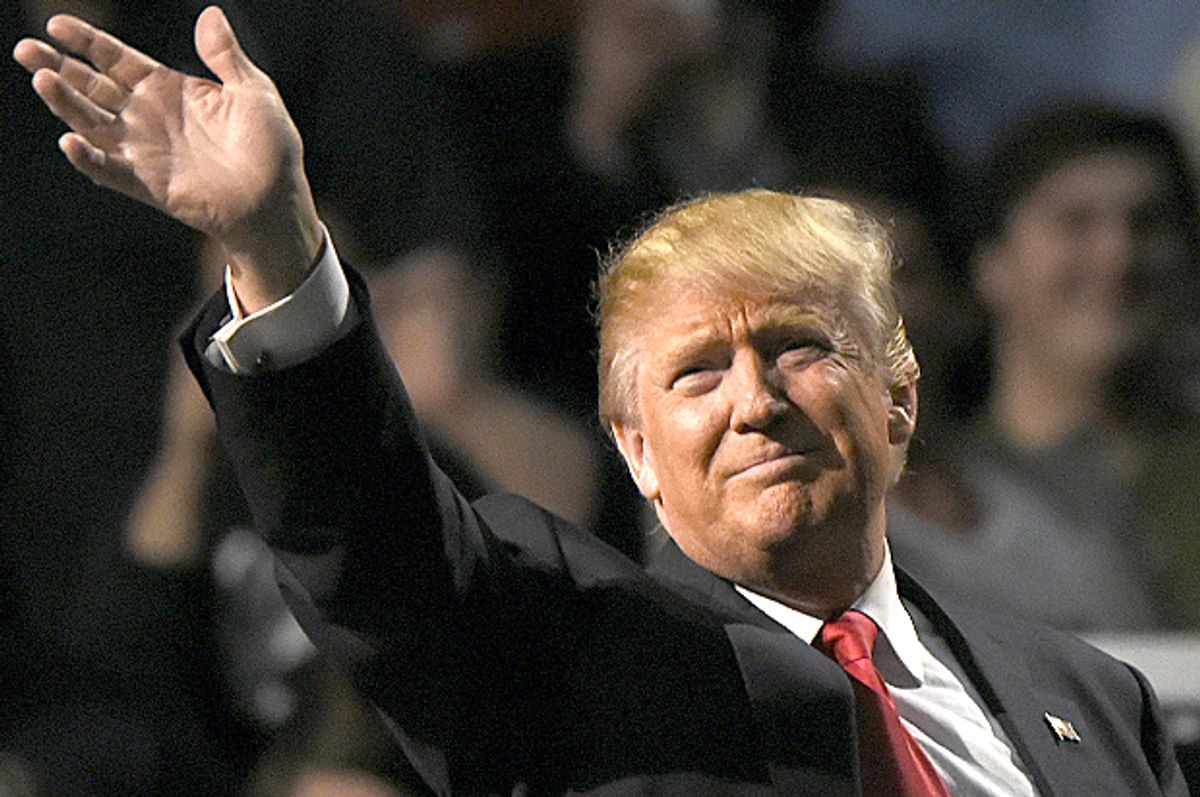 It looked like it would be hard to beat John Oliver’s riff on iPhone encryption for sheer comic force, but Samantha Bee may’ve topped him with Monday night’s meeting with Donald Trump supporters. It was both a sign of the genius of her show, “Full Frontal,” and a bit that brought up a disturbing, or at least confusing, issue.

Bee’s segment was an attempt to get beyond the stereotype of the rowdy, violent Trump fan. Instead, she found what she called an “elite” group of “college-educated, bipartisan, multi-ethnic” supporters of the real-estate mogul. And indeed, the camera showed a cleaned-up, well-behaved group.

When the group began responding to Bee, though, they showed just how extreme they were, despite the handsome ties and well-styled hair. The group’s dissing of “the media” was not terribly surprising: This has been part of conservative rhetoric for a long time now. (Their description of a varied group of publications and sites, which ranges politically from The Nation to Breitbart, as monolithic, is so familiar now we hardly notice it. But it’s still irrational.)

You might think a group of educated young people might simply be appalled, or at least made uncomfortable, at the notion of white supremacists supporting the candidate they do. Given that Trump has gotten himself in trouble for not disavowing David Duke and other racists, you’d think a smart group of his supporters might learn how to respond to the question, or have a sense of how their response would play on national television.

But the answers were sort of baffling. “We all love America,” a young blonde woman answered. “I guess there’s something that we can come together on – that we want this country to be great… Everybody can get behind that.”

It doesn’t get the laugh she was clearly hoping for. In fact, another young woman offers: “He’s trying to bring us all together – we’re so divided right now as a nation.”

My head is spinning from this one – how about you? Part of what’s disturbing – besides all the obvious disturbing stuff – is that the rhetoric of tolerance and inclusion, which people on the right like to make fun of, especially when Obama tries it, now includes racists.

Another highlight takes place at the party later, where a young man tells Bee that Trump’s line about being able to “shoot somebody” without losing support is “what makes Mr. Trump great,” since most politicians are too safe to say something like that.

Let’s step back for a minute on all of this and look at the big picture.

On Tuesday, much of the media was consumed with the question of the enormous amount of free media coverage Donald Trump receives. An important New York Times story showed that Jeb Bush, for example, spent $82 million on ads, and “earned” $214 in unpaid coverage – print, television and radio, social media, and so on. Trump, by contrast, spent an eighth of what Bush did, and earned – the term seems especially strange here, doesn’t it? – almost nine times the coverage. Trump spent less than John Kasich, and earned almost 50 times more coverage. And Trump earned nearly twice the coverage as Bernie Sanders and Hillary Clinton put together. That’s almost $2 billion in free attention.

Bee’s comic bit – as intelligent, dry, and cutting as it was – is, after all, media coverage. So was John Oliver's hard-hitting segment from the February episode of "Last Week Tonight" when he took on Trump's campaign with full force, and for that matter, Trevor Noah's and "SNL"'s recent Trump segments. It may or may not count in the assessment The Times uses, but it’s driven by the same thing as a news report or political analysis. That is, people are fascinated by Trump. Does a political radio show, website, or late-night television show just walk away from the interest, the laughter, the ratings – and advertising – that he generates?

Those of us who serve as media gatekeepers are left with a dilemma. Do we ignore Trump? Cover him as entertainment? Make fun of him? Earnestly analyze his policies? More broadly, how will we deal with the next celebrity candidate, who then might turn into a legitimate political player?

Anyone upset that a dangerous candidate has received so much free coverage, and appears to the riding it to his party’s nomination, has to admit: We all made the Trump phenomenon happen.