The "Last Week Tonight" writer talks to Salon about his new album, handling hecklers and working for John Oliver 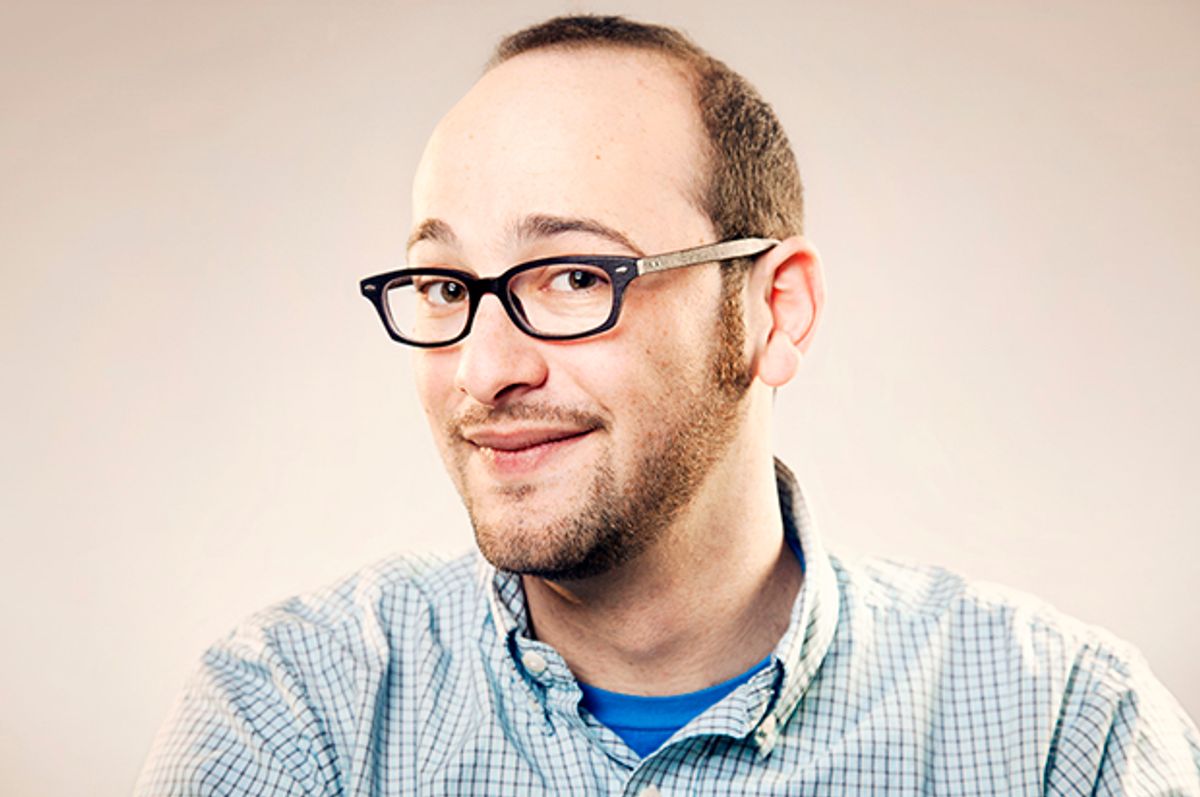 Josh Gondelman is an unlikely kind of hybrid. By day, he writes political humor for “Last Week Tonight.” Many nights, he’s on the stand-up circuit, where his comedy tends to be personal and observational. (He’s also one of the creators of the Modern Seinfeld Twitter account.)

Gondelman's stand-up is captured on a very funny new comedy album, “Physical Whisper,” with bits ranging from the difference between subway signs in London and New York to his magazine assignment to try a penis-numbing spray aimed at premature ejaculators. (His riff on gay people and parades is one of the few that gets close to a directly political subject.) With his nasally voice and friendly delivery, he steers just clear of nebbish-land.

We spoke to Gondelman, who also co-authored the book “You Blew It,” from New York; the interview has been lightly edited for clarity.

I’m wondering: Everything I see and hear about you, you’re called “the nice guy,” or “the humble guy” – and that’s your persona on your stand-up album as well. Are you really that nice, or are you secretly really edgy and cruel when you’re not onstage?

[Laughs.] No – I’m actually as unhip as I seem when I’m onstage. It’s a very lovely reputation to have – being a kind person. I try to live up to the fact that people think that about me. Certainly, it’s a very warm compliment and I appreciate that you say it.

So many male comedians, going back decades and decades, are macho or edgy or rude … Did you make an effort to do something else, or is that just not your thing?

Yeah, I definitely don’t come off well when I’m consciously abrasive. There are bits I’ve written that I have to make sure to do with a gentle touch, because in general my personality is laid-back and friendly. If I break from that onstage – if it’s something I’m speaking against -- I have to make sure I’m not, “Hey, it’s really nice to meet you, here’s a story about how much I like my girlfriend, and now, FUCK CHEESE-ITS!” I don’t express myself that way most of the time, so even when I have the opportunity to be a little more aggressive, it doesn’t make sense.

Especially when I’m heckled, that’s a sticky situation, because I don’t defuse it… I really envy guys who have a grittier onstage presence and can really go after someone. I used to teach preschool ... I’ll say, “I know you’re having a really good time, and you don’t mean to be disruptive. I used to teach preschool so I’ll say, ‘One-two-three, all eyes on me… That means, Shut up! It’s my turn to talk.’" Even if my intention isn’t to be super-aggressive.

You don’t even get the urge to go on a really intense rant or something?

No, it’s just not how I talk and not how I write … It just wouldn’t make sense for me to all of a sudden get serious about something.

What about politics? You write for one of the most political shows on television, but your stand-up isn’t political in any clear way. What seems like the right kind of balance for you?

It’s very easy for me to draw lines: Any jokes about politics and news are things I save to try to work on at work. The stuff on the album is generally either personal, or elliptically about social issues … broader social points.

I guess I did have a bit about the St. Patrick’s Day Parade in Boston.

So there are jokes you feel you can pull off and jokes you’re not sure you can.

Which comedians did you grow up loving? Who made you want to do this?

Oh man, as a kid I always loved Mel Brooks’ stuff –- “The 2,000 Year Old Man” record was something my dad put me onto. And Monty Python. That’s kind of the classic easy answer … Like saying, “The Beatles is a band I like.”

But I also had an Ellen DeGeneres stand-up cassette I really love… “Comedy Central Presents” was something I watched numerous times, and Chris Rock’s “Bring the Pain” special and the “Roll With the New” album …Those were some formative ones when I was a teenager.

If I can go to your day job for a minute: There was a hilarious bit on John Oliver Sunday night on encryption. Did you have anything to do with that one?

We all kind of contribute jokes and stuff to all the pieces. I ended up writing a couple of the jokes. But I didn’t work on that long-term.

How do you guys balance funny and serious on the show? You pretty much always get it right, but I just wonder how it works. Are you always conscious of the fact that it can become too dry and factual if you’re not careful?

Oh sure, the idea is to be a funny show about serious things, I think. I was hired to write comedy … That’s the directive we’ve been given.

It sometimes seems like there’s a dare going on. You pick the most fruitless-seeming topic for comedy – North Dakota! Tobacco companies! Encryption! – something that seems like it just can’t be funny. Like you’re trying to make things hard on yourself.

Oh, they always do … There’s this degree of difficulty to making a funny 20 minutes on iPhone encryption.

Everyone there is just super-funny and super-talented… When someone pitches a story, I’m always confident we can make it funny.

What’s the funniest thing about American politics, or the presidential race, right now? Is it funny, sad, a mix of both?

I think it’s terror. I think specifically that Trump’s candidacy is like when you and your friends are hanging out, and somebody proposes something horrible, and everyone laughs. And then everyone realizes that guy was serious, and then it’s too late: You have to put the brakes on. “No, no, no, no no. We can’t just strangle someone down by the train tracks, dude! We thought you were doing a bit, but, Oh dear, this is very frightening.”

It does seem to have gone from comedy to reality very quickly.