Is Ted Cruz better than Donald Trump? Yes, but only in the most literal sense — he'd also do incredible damage to the nation

An influential liberal pundit now says Cruz is preferable to Trump. He's not wrong — and that's exactly the problem 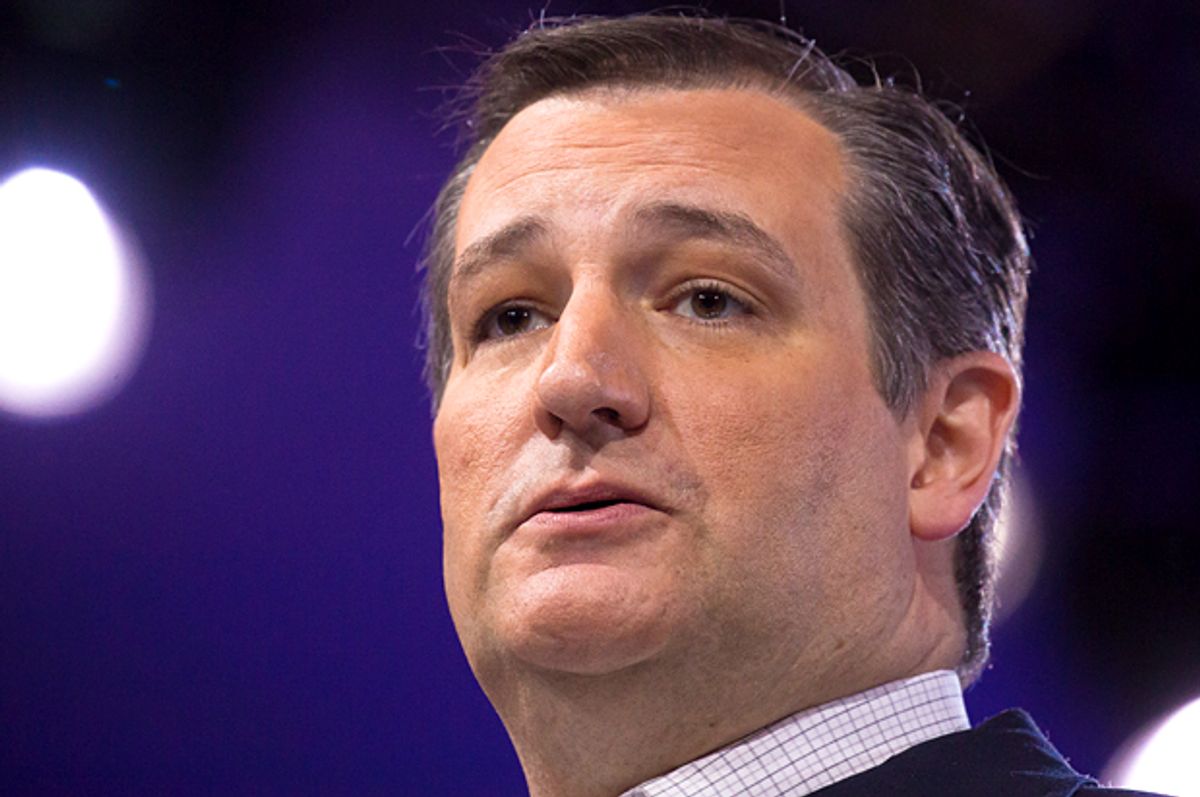 So after months of engaging in slightly obtuse and overly policy-focused contrarianism, Vox’s Matt Yglesias has changed his mind and come to a decision.

He no longer believes that Donald Trump would be the least-bad president among the Republican candidates with a realistic chance of winning. Like an increasing number of elites, Yglesias now regards the prospect of a Donald Trump presidency as “terrifying” — too much so to be glib about.

The reason for this sudden epiphany? Nothing policy related, per se. What’s got Yglesias singing a different tune, rather, is the way Trump has not only failed to disown the violence that’s increasingly come to define his public events, but is actually dancing on the line between excuse-making and incitement.

The framers of the Constitution rather sharply circumscribed the president's authority to make and repeal legislation, making it in many respects a weaker office than the prime ministerships of more majoritarian countries. But the president and his appointees have enormous discretion over the enforcement of existing laws. Putting a leader who would condone violence against the supporters of his political opponents in charge of the federal law enforcement apparatus is frightening. Giving him the power to unilaterally issue pardons is terrifying.

In a subsequent, more in-depth post on the same subject, Yglesias went further. Liberals, he says, should not only stop regarding a Trump nomination as anything less than an absolute disaster, but should start rooting for Sen. Ted Cruz to win the GOP’s nomination instead.

Cruz is a miserable extremist, Yglesias grants. But at least he, unlike Trump, is not running a campaign that is devoted to stoking the American electorate’s “darkest impulses.” The argument, basically, is that while President Cruz would do great damage to the nation, he’d still operate according to the usual strictures of a liberal democracy. Here’s Yglesias again:

[W]hat really puts the icing on the cake for liberals is that even though Cruz is an unusually extreme and unappealing general election candidate, there's no reason to believe a Cruz administration would govern especially differently from any other Republican administration. You're rooting for someone who, if he became president, wouldn't really lead to policy outcomes that are any more conservative than anyone else’s. [….]

Overall, I think Yglesias is correct. But I’m not sure Cruz is as much of an improvement on Trump as Yglesias believes.

Where Trump matters is not in the realm of policy, which he quite obviously could not give less a shit about, but norms. Because he’s an amoral narcissist — even by the standards of a professional politician! — there isn’t a single tradition or unofficial rule that he’ll hesitate to break. Any consideration of American democracy’s general health, separate from his own personal interests, is utterly removed from his equation.

And that’s not the case for Ted Cruz, it’s true. He’ll disregard the way things are “supposed” to be done (he shut down the government in 2013, remember!) to some extent. But he won’t toss the entire rule book into the fire. He’s too much of a small-c conservative — a sentimentalist about American institutions and precedent — to do that.

Simultaneously, though, Cruz is still a lot closer to the edge than you’d hope. Aside from Trump’s distinct fondness for violence, in fact, there are a lot of ways in which the Trump and Cruz campaigns are similar. They’re similarly dismissive of facts (Cruz is still calling the Affordable Care Act a “job-killer”) and they’re similarly willing to dehumanize their foes (Cruz’s rhetoric concerning Obama is demagogic in the extreme).

And while Trump is happy to rail against the “stupid” elites who run the American government and its key institutions, as the Washington Post’s Greg Sargent has noted, that argument is, weirdly, less radical than what you’ll hear from Republicans like Cruz. Because Trump isn’t saying these foundational structures need to be razed; he’s just saying they need to be run better (by him). Cruz is more interested in blowing things up.

Does that mean Cruz and Trump are equally bad? No. At the risk of stating the obvious, violence is a big, big deal; and mainstreaming it into our politics would be immeasurably more dangerous and destructive than any single policy, no matter how misguided. So Cruz is definitely preferable to Trump. But that being said, drowning is also preferable to being burnt at the stake — and, either way, you’re dead.