Working for Donald Trump sounds awful: His butler hires a bugler to play "Hail to the Chief" when he's in a bad mood 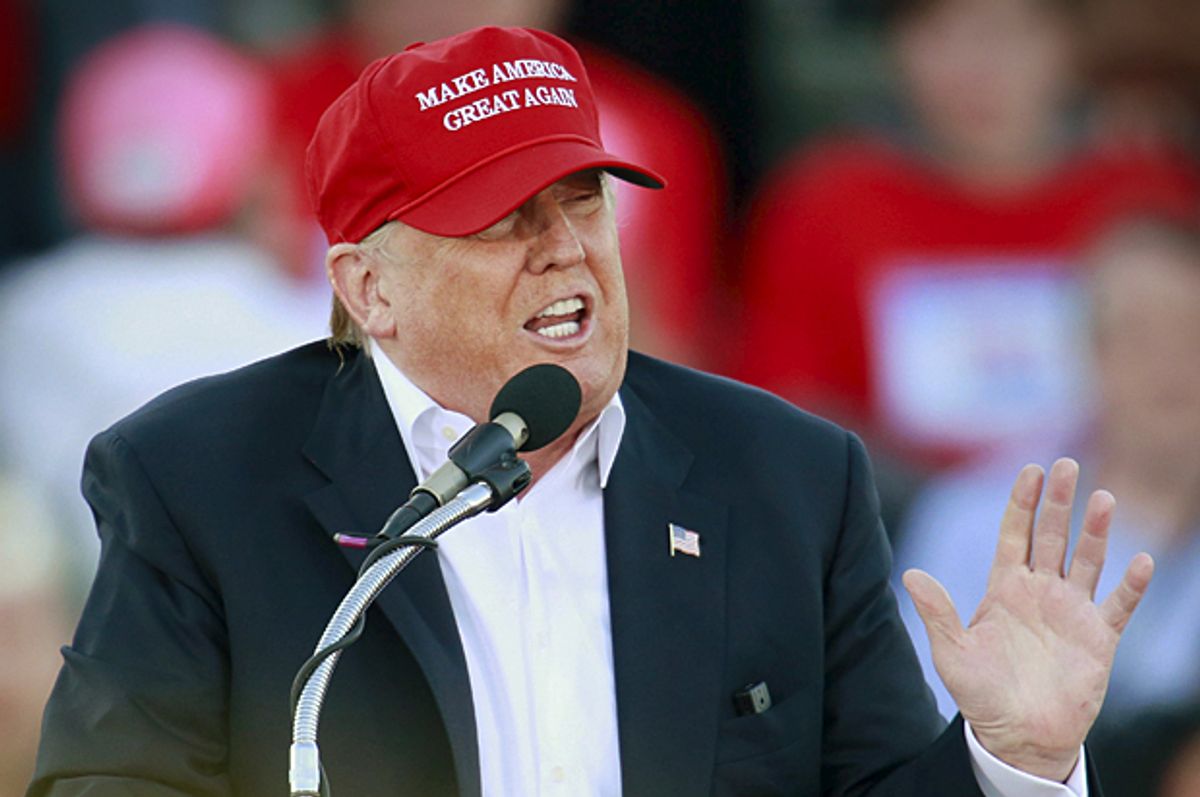 Like a last-second eBay sniper, Trump snagged Mar-a-Lago in 1985 from the estate of cereal heiress Marjorie Merriweather Post, who had initially bequeathed the 185-room Palm Beach mansion to the government. (After it couldn’t afford the maintenance bills, the government gave the place back.)

Anthony Senecal, 74, has worked at Mar-a-Lago for 60 years. For the last 30, he's served as Trump’s resident butler.

“Mr. Senecal,” according to the New York Times, “knows how to stroke (Trump’s) ego and lift his spirits” better than anyone.

And Trump can be a handful when he’s crabby.

"(Y)ears ago (Senecal) received an urgent warning from Mr. Trump’s soon-to-land plane that the mogul was in a sour mood," the report describes. "Mr. Senecal quickly hired a bugler to play 'Hail to the Chief' as Mr. Trump stepped out of his limousine to enter Mar-a-Lago." (When Trump, regardless of his mood, graces the living room with his passing presence, Senecal instructs guests and staff to, "All rise!")

It's not at all surprising that Trump gets moody periodically; based on his petty public temperament, I'm more surprised he doesn't have more irrational ticks and emotional outbursts.

But I suppose Trump is capable of expressing only a narrow swath of emotions; no one has ever accused the GOP frontrunner of nuance. His self-expression manifests itself in caricaturistic brand management. Everything he touches gets plated in gold, whether it wants to or not. Trump is, after all, unabashedly new-money (aesthetically speaking).

Once a sprawling old-money winter retreat, Mar-a-Lago was not spared any gaudiness once the Trump train arrived in Palm Beach:

Trump even now sells “Make America Great Again” hats (in three colors: red, white, and blue) in the pro-shop. According to Senecal, the staff knows not to cross Trump when he’s wearing a red one, and that he’s in a good mood when sporting the white hat. The simple association — white good, red bad — might explain Trump’s social and trade policies, respectively.

Read the full profile via the New York Times.