America is mad as hell: If Sanders voters switch to Trump, anger is what the country has in common now

As a Hillary nomination looks likely, even some liberals would rather vote for the GOP than the "establishment" 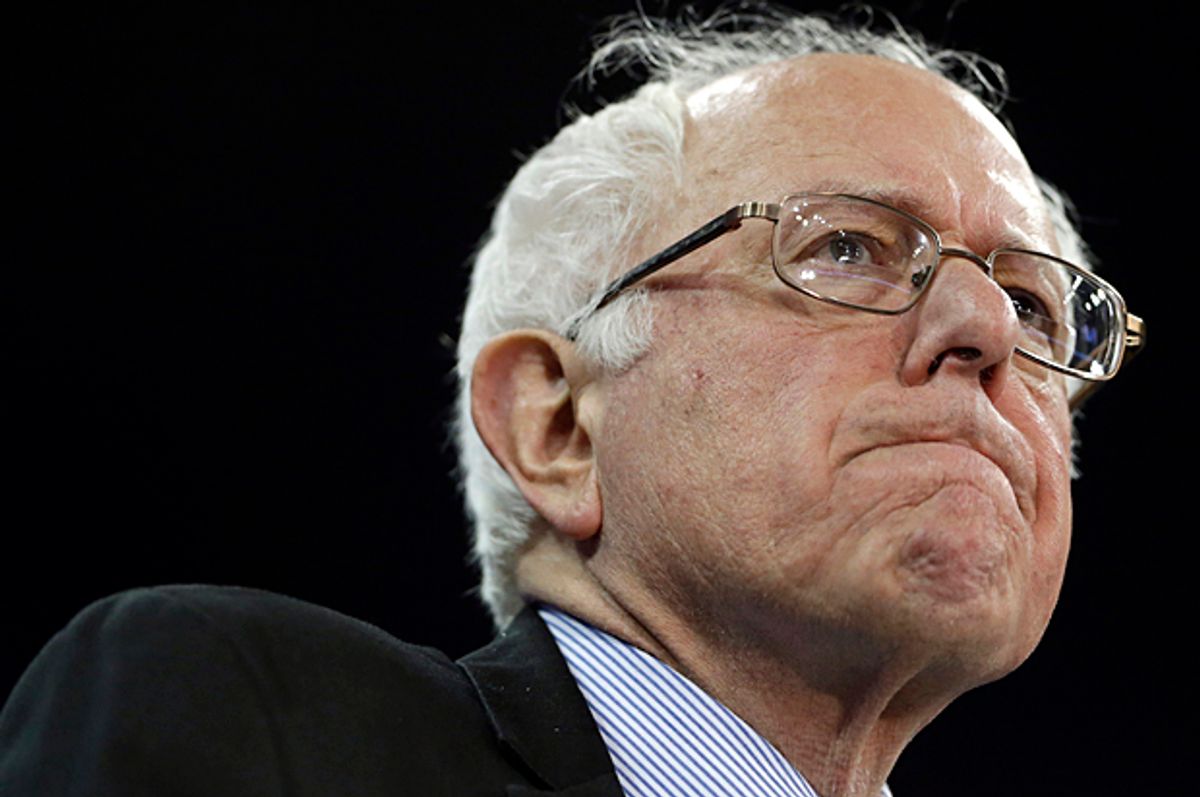 Last night's primary election results are making clear that it’s now very hard for Bernie Sanders to win the Democratic nomination. So where are his supporters going? Surely, the majority will go for Hillary Clinton over Donald Trump, who’s generated an enormous amount of fear and loathing from liberals, lefties, and moderates.

But it’s also starting to look like a number of Sanders supporters will not be falling in line behind Clinton. The passion and frustration that Sanders unleashed does not seem to be dying down, even if he’s unable to generate enough votes to win the race.

The most intense of these supporters may be H.A. Goodman, a prolific columnist (he’s contributed to Salon) who sees the race in stark moral terms. He leads off a new Huffington Post column this way:

Bernie Sanders is the only Democrat not linked to an FBI investigation. If this doesn't mean anything to you, then you're too terrified of Trump's rallies to realize that Clinton could get indicted. Also, if you can't fathom the possibility of Donald Trump winning, then keep in mind that most Americans don't trust or like Hillary Clinton. A general election isn't a popularity contest among Democrats. In 10 out of 10 national polls regarding favorability, Hillary Clinton has negative favorability ratings nationally in all 10.

Be very careful what you wish for, because most Americans have an unfavorable view of Clinton and Bernie Sanders already beats Trump by a wider margin. I'm only voting for Bernie Sanders in 2016 and I explain why in this YouTube segment. Most importantly, Democrats should remember that 33% of Bernie Sanders voters will refuse to vote for Clinton in November, if she becomes nominee.

Instead of voting for Trump, Goodman says he will write in Sanders’ name.

But some frustrated Sanders supporters are angry enough about the likelihood of a Clinton victory that they say they’ll vote for Trump. Last week, The Guardian went looking for Sanders fans that would vote for the angry billionaire, and found hundreds. Many are white, low-income, anti-establishment voters, and they seem to be responding to both the temperaments the two men have in common as well as some similarities in their policies. The Guardian reports:

Almost 700 people replied to the call-out, and some 500 of them said they were thinking the unthinkable: a Sanders-Trump switch.

They explained their unconventional position by expressing a variety of passionately held views on their shared commitment for protecting workers and against new wars, on their zeal for an alternative to the establishment, and on their desire to support anyone but Hillary Clinton.

So after the defeat, what’s next for Sanders and his admirers?

Sanders might hang in there: He’s not really a Democrat, so he’s not susceptible to party pressures the way a more conventional candidate would. And the predictions that he would fade like Howard Dean have not come through. Some think that Clinton will collapse when the FBI indicts her over her use of a private email server.

Could these voters – many who are disoriented by the economy, angry at Clinton's Wall Street ties, frustrated by the Middle Eastern wars that Clinton got behind, and at least a few of whom are probably sexists who just don’t like the idea of a woman president – make a crucial difference? Could a democratic socialist could help a plutocrat get elected?

I won't pretend to know the answer to that. But it shows us something about the culture. For all the talk about Trump and Sanders disliking the same wars, their main similarity is temperamental.

If a liberal -- someone who was going to vote for a Vermont socialist -- can even conceive of switching to a candidate who has talked about barring Muslim immigrants and dismissed the role of government, American society has gotten even more drastic than it seemed.

Maybe it means that things have gotten so desperate for a lot of people that they are voting their rage. I won't speak for Goodman or any voter who compares the candidates in a sober way and decides that Clinton is poison. But the move against Hillary is not just about her and not just about gender. It's about a sense that the culture is broken. Whether the target of the rage is immigrants or bankers, it shows that the next president, whoever it is, could inherit a nation which is united only by its degree of exasperation. When people are that mad, ideological differences are just hair-splitting.