Since Jenner voiced her support for Ted Cruz, it's been open season for ugly transphobia 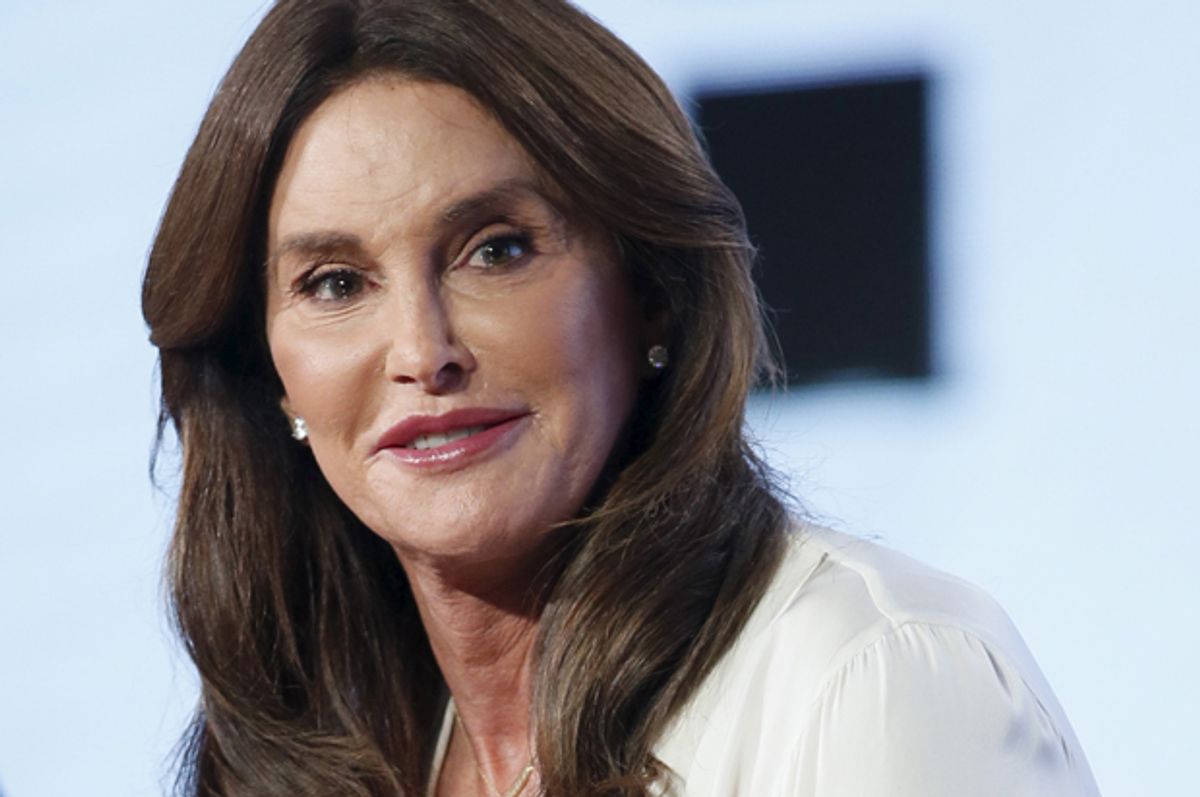 Caitlyn Jenner is having a bad month. The former Olympian and reality star has become persona non grata in the LGBT community since coming out for Ted Cruz earlier this March. In an interview with Dawn Ennis for the Advocate (disclosure: I work there as a reporter), Jenner said, “I like Ted Cruz. I think he’s very conservative and a great constitutionalist and a very articulate man.” She also offered to serve as his “trans ambassador,” should the Senator be elected president in November. During a subsequent episode of “I Am Cait,” Jenner threw more logs on the growing social media firestorm by claiming that racist demagogue Donald Trump “would be very good for women's issues.”

Jenner, who has never been shy about her Republican views, has attempted to backtrack in recent days by meeting with Hillary Clinton. She had previously been critical of the Democratic frontrunner, calling her a “f**king liar.” Jenner said, “We're done, if Hillary becomes president, the country is over.” But in a recent Instagram picture taken with the presidential candidate, Ms. Jenner signaled her willingness to evolve politically. The photo was captioned “#learningfrommygirls #willingtolisten.”

But for now, the damage may be done. Trans blogger Monica Robert has referred to Jenner’s remarks as “breathtakingly clueless,” while Joy Behar compared her conservative advocacy to Jewish people supporting Adolf Hitler in a recent episode of “The View.” Even worse is that the public row over her politics is only Jenner’s most recent controversy. In December, Jenner was widely criticized for transphobic comments she made to Time magazine about why she “takes [her] presentation seriously.” Jenner said, “If you’re out there and, to be honest with you, if you look like a man in a dress, it makes people uncomfortable.”

Caitlyn Jenner can and should be criticized, both for these remarks and for her support of Republican candidates like Donald Trump and Ted Cruz. After all, Cruz has been an outspoken opponent of affirming bathroom access for transgender teens. The Texas Senator has referred to the Obama administration’s official stance on the subject—that trans students should allowed to use restrooms that match their gender identity—as “lunacy.” Cruz told radio show host Steven Crowder last November, “[T]he federal government is going after school districts, trying to force them to let boys shower with little girls.”

But what is not fair game when calling out Caitlyn Jenner is attacking her gender identity. The justified public outrage against Jenner’s problematic personal views has led to a revolting strain of transphobia on the Internet, with social media users exploiting the moment to say pretty much whatever they want about her. Last week, a friend tipped me off that after posting about Jenner’s Republican views on Facebook, his feed filled up with critics bashing her with transphobic slurs and misgendering her. One respondent called her a “tranny ass bitch,” while others repeatedly referred to Jenner as a “he.”

It’s one of the oldest tricks in blogging to cherry-pick a handful of examples of people doing awful things on the Internet (like tweeting hate speech about Muslims after seeing “Zero Dark Thirty”) in order to prove whatever point you want to make about the world. But there are dozens upon dozens of examples of critics erasing her identity just because they don’t agree with what she has to say. You can’t throw a rock without someone purposely misgendering her, and should you be unconvinced, two minutes casually browsing Twitter’s search engine will change your mind. May I direct your attention to this little ditty: “Caitlyn Jenner will NEVER BE A WOMAN so for him to say trump [sic] is good for women’s issues??”

Among her transphobic trolls, it’s as if Caitlyn Jenner’s recent unpopularity on the Internet has made her womanhood suspect. Mara Kiesling, the executive director for the National Center for Transgender Equality, points out the problem with that: Trans people shouldn’t have to be liked to have their gender identity respected. “With all the folks who will be coming out in the next few years, you’re not going to agree with all of them,” Kiesling told the New York Post. Disagreeing with Caitlyn Jenner doesn’t make her any less of a woman.

This is not just a matter of politics. Dozens of women transgender women are murdered every year because their attackers didn’t view their womanhood as “real.” To explore why, let’s backtrack for a moment. Until recent months, Caitlyn Jenner was widely accepted by the mainstream because she was a wealthy, rich, white lady who adhered to cultural expectations of what an attractive woman looks like. As Jon Stewart pointed out, media attention of Jenner’s transition widely focused on her appearance. “You see, Caitlyn, when you were a man, we could talk about your athleticism, your business acumen,” Stewart said. “But now you're a woman, which means your looks are really the only thing we care about.”

If Jenner’s public acceptability was based on whether or not men on the Internet would bang her, trans women who don’t have her same privileges of wealth are often denied that humanity. These women are attacked, beaten, and murdered for violating expected social norms about what a woman is and is not. Until we eradicate transphobia in society, trans women will always be viewed as suspicious, but those who are not “passable” or “acceptable” will face an even higher risk of being the victim of a hate crime.

A transgender woman’s right to live a healthy, happy, successful life that’s free of violence—and our recognition of that right—should not be dependent on whether others agree with how she presents herself to the world. This is true whether it’s a woman of color walking to the grocery store or a famous celebrity struggling to wake up to the real issues her community faces every day. Caitlyn Jenner clearly has a lot to learn, but her lack of education shouldn’t be a reason to see her, or any other trans woman, as anything less than human. You can hate tweet her all you like, but please—for the love of god—call her Cait.