"I had like a whole eight ball in one pocket, half an eight ball in the other": Steve-O describes his insane 3-hour bathroom coke binge with Mike Tyson

In new GQ interview, "Jackass" star Steve-O recalls the good, bad, and ugly of his struggle with drug addiction 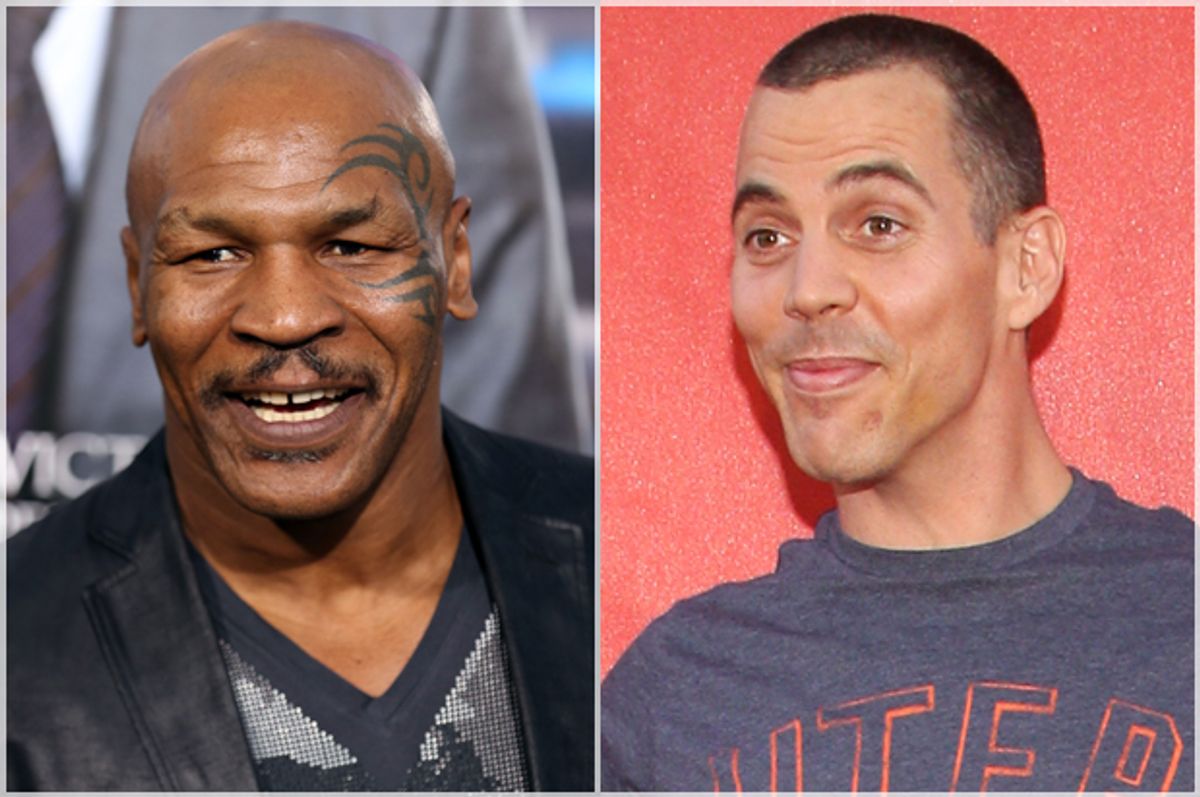 Steve "Steve-O" Glover, of "Jackass" franchise fame, opened up about his notoriously destructive and drug-addicted past in a new interview with GQ.

The eight-years-sober Steve-O described a Hollywood Hills party at which he spent three hours locked in a bathroom smoking pure powder cocaine in a hollowed-out cigarette with Mike Tyson.

"I remember I was distinctly not invited, but I showed up and rang the doorbell. Mike Tyson opened up the door," Steve-O recalled. "I said, 'Hey, is it cool if I come in?' And he said, 'You got any coke?' And I told him, 'Yeah, dude, I got a bunch.' And I did. I had like a whole eight ball in one pocket, half an eight ball in the other pocket."

On the bathroom floor, Steve-O made perhaps his riskiest by calling himself the n-word in front of the former-heavyweight boxing champion. Tyson, however, affirmatively replied, "You ask me, the definition of that word is anybody who uses it."

So the two continued to discuss "the finer points of racism in America ... just sort of philosophizing about how to make the world a better place, and it was just fucking incredible, man."

Steve-O said the next time he and Tyson spent significant time with each other was in "the psychiatric ward together."

Asked if he can recall a definitive low-point of his drug addiction, Steve-O recounted showing up to his dealer's house because he wouldn't answer his phone. His dealer would shoot up cocaine and, therefore, left dried blood droplets all over the place. Desperate for a fix, Steve-O snorted a mixture of cocaine and dried blood from a table where his dealer would weigh his product.

"That’s probably the lowest point I can recall," he said. "And I can’t imagine trying much harder to contract AIDS. And thankfully, I didn’t."

Read the full interview at GQ.