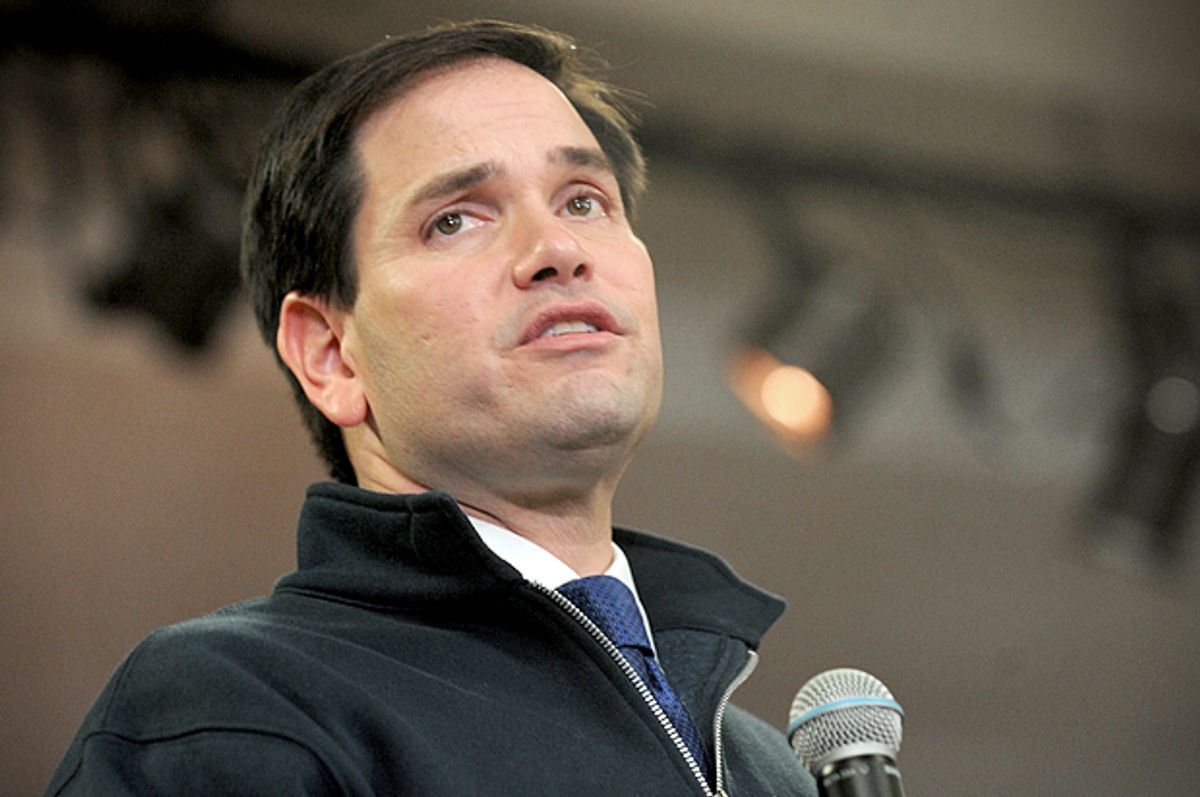 The man who was once referred to as the Cuban-American Barack Obama announced tonight that he is suspending his campaign. He lost his home state of Florida Tuesday night to GOP front-runner and likely Republican nominee Donald Trump, and it wasn't even close.

"While we are on the right side this year," he told supporters, but "we are not on the winning side." Rubio is projected to come in second in Florida tonight, but a distant one, coming in almost 20 points behind Trump.

Watch a video of his announcement below via NBC News.