President Obama's Supreme Court nominee Merrick Garland chokes up during moving Rose Garden announcement: "This is the biggest honor of my life"

"Fidelity to the Constitution and the law has been the cornerstone of my professional life," Garland assures GOP 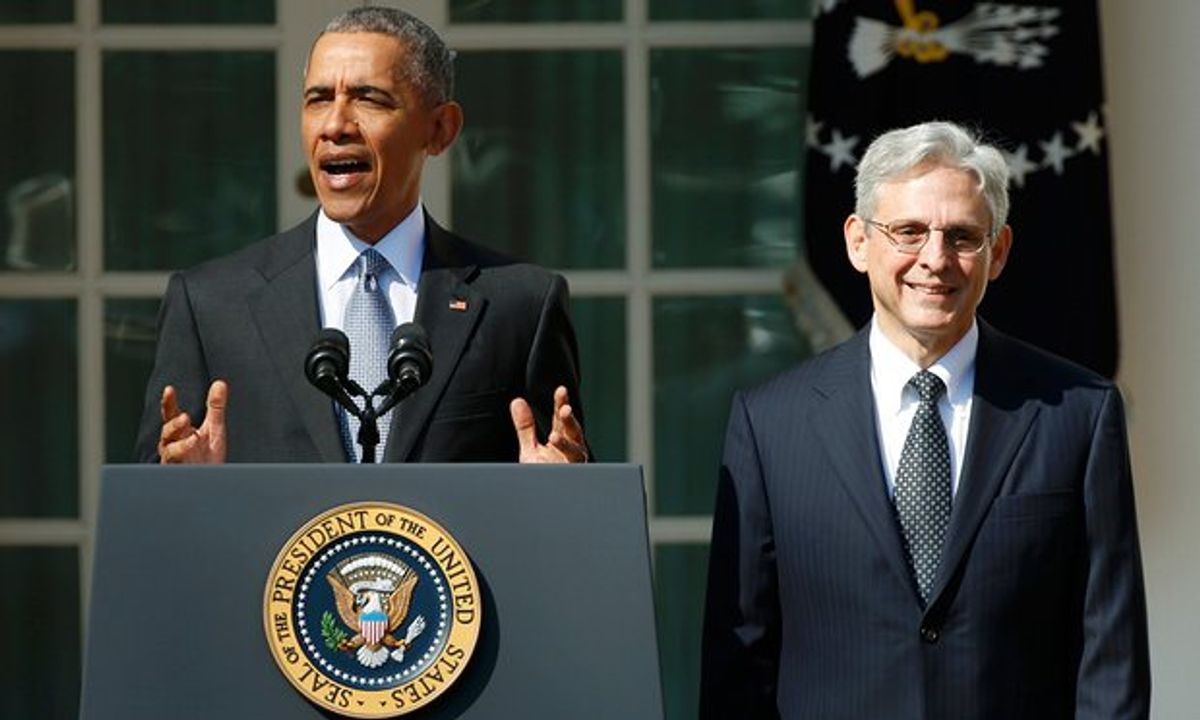 President Obama announced his nomination of chief judge of the US Court of Appeals for the DC Circuit Merrick Garland to the Supreme Court on Wednesday, delivering a strident speech calling on Republican senators to drop their reflexive opposition to any replacement to late Justice Antonin Scalia.

Obama introduced the nation to Merrick, who at 63-years-old would be the oldest justice nominated in 40 years, by noting that Merrick has more federal judicial experience than any other Supreme Court nominee in history. A graduate of Harvard College and Harvard Law School, the president called Merrick “a serious man and an exemplary judge":

Following his clerkships, Merrick joined a highly regarded law firm, with a practice focused on litigation and pro bono representation of disadvantaged Americans. Within four years, he earned a partnership, the dream of most lawyers. But in 1989, just months after that achievement, Merrick made a highly unusual career decision. He walked away from a comfortable and lucrative law practice to return to public service.

In his own moving Rose Garden speech, Garland choked up when the president introduced him, calling the Supreme Court nomination “the greatest honor of my life other than Lynn agreeing to marry me 28 years ago.”

Garland went on to appeal to Republican senator's fidelity to the Constitution, arguing that "people must be confident a judge’s decision is based on the law, and only the law.”

Unsurprisingly, however, Senate Republicans hardly waited until Garland and Obama had finished addressing the nation before tripling down on their seemingly implacable obstruction: