Stop "helping" Hillary: Sorry, guys, but Clinton doesn't need to smile, whisper, or have John Kasich as her running mate 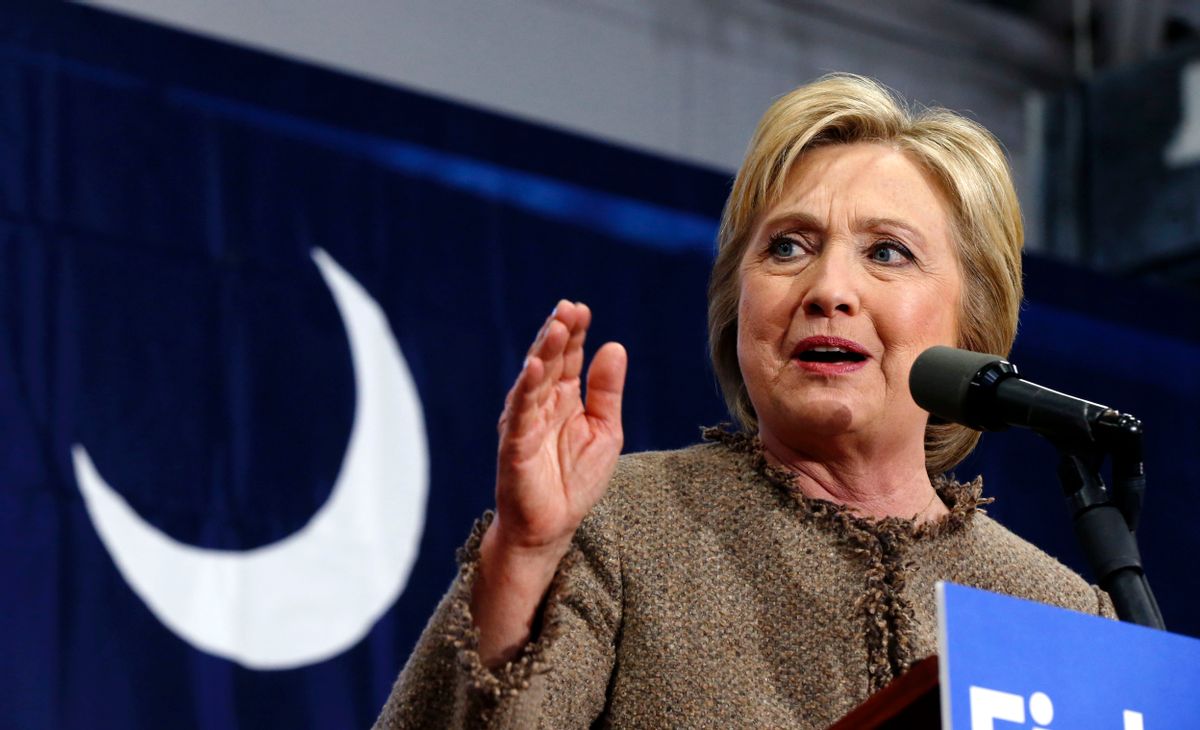 Tuesday night, those who were lucky enough to be watching their primary coverage on MSNBC were treated to what may be a record-setter in scorching hot takes, courtesy of, who else, Chris Matthews. "I do think if you could ever find a way to put a ticket together that would actually end some of this mishegoss, to use a Yiddish word," Matthews spun out before coughing up, and you could feel this coming, that he'd like to see Hillary Clinton pick John Kasich as her running mate

"If Hillary Clinton were smart," Matthews said, with a certainty that is unique to men discrediting the intelligence of women who are, in reality, much smarter than they are, "she'd make herself the alternative" for Republicans who don't want to vote for Trump by putting Kasich on her ticket.

Yes, he said this during the administration of the first black president, during a campaign that pits the first major party female candidate against a reality TV star who is winning his party's nomination against the party leaders' wills and while running a fascism-reminiscient campaign. But what we really need to get out of the doldrums is for a liberal Democrat to pick a running mate that stands against everything she and her party stand for.

This isn't the first time that Matthews wallowed in this bizarre fantasy. Part of what's motivating him is likely the Beltway media idealization of bipartisanship that rests on this asinine idea that political differences between the parties are minor issues that hardly matter at all. But I'd also venture that part of what makes Matthews go back to this well over and over again is his well-documented history of having major anxiety in the face of female power.

Matthews has chilled out a bit in recent years, but it's easy to see why the idea of pairing Clinton off with Kasich, an avuncular sexist who talks at women like they are children, might have some subconscious appeal. It might seem like the way to contain her, keep her in line, make sure that she's still kowtowing to a sexist establishment even as she vies for the highest office in the land. To a certain kind of man, Kasich feels like the kind of man you want to babysit the female president, on the grounds that she can't be trusted to run things on her own. (It just so happens that this notion that women can't be trusted fuels Kasich's war on reproductive rights, as well.)

In general, Tuesday night was ugly reminder of how many men's reaction to female power is to look for ways to contain and control women. Clinton's massive sweep of primaries was met  met by a bunch of men — and a few women — rushing forward to put Clinton in her place, to remind her that no matter how high an office she holds, her first duty, as a woman, is to soothe and placate the most delicate of male egos.

Smile. You just had a big night. #PrimaryDay

Hillary shouting her speech. She has the floor; a more conversational tone might be better for connecting with folks at home

Hillary having a big night in the primaries. So she's shouting angrily in her victory speech. Supporters loving it. What's she mad at?

That's the bad news. But there is good news to be scratched out of this shameful display of manhood so fragile that it shatters the second woman speaks above a whisper or offers anything but a please-don't-hurt-me smile: The sexism was called out, unapologetically and unguardedly, right away.

Sophia Tesfaye at Salon wrote that Scarborough's instruction to Clinton to smile was, "casual sexism, call it ever day sexism, call whatever you’d like, but it’s flippant, cavalier and annoying at best and sexist in all likelihood."

"Women, and women leaders in particular, often get criticized more for how they say something than for what they actually say," Emily Crockett at Vox wrote.

"Hillary Clinton won several important primaries tonight and gave a victory speech, as winners of primaries do. The reviews of that speech are already pouring in," Allison Benedikt of Slate wrote, implying that it's self-evident that these men are big, sexist babies caterwauling because the illusion of automatic male superiority to women is being dismantled.

This immediate pushback is evidence that things are, slowly but surely, getting better for women in the world of politics and media. I'm not even that old and I can easily remember a time when a lot of female journalists would be afraid to voice these criticisms at all, much less so unapologetically. This is no doubt one reason that Clinton has been able to come so much further than any woman has before. As disheartening as this election season has been in terms of showing how many men, across the political spectrum, still have issues with women in power, it's important to note that things are getting better.

In a bit of fortuitous timing, the blog "language: a feminist guide", written by a linguist who focuses on the way that sexist narratives about women's language and voices are used to undermine them, posted last week on just the prejudice that these women were calling out during the primary coverage.

"[T]he only prejudice more widepread than scepticism about female authority is deep resentment of female authority," Debuk writes. If you have a high voice, you get characterized as "shrill" and as someone who is childlike and lacks authority. Pitch it lower, though, and the words you can expect to hear are " ‘abrasive’, ‘bossy’, ‘grating’, ‘harsh’, ‘hectoring’ and ‘strident’".

I will say I'm mildly grateful to Matthews, Scarborough, Hume and Kurtz, however. Their poor behavior Tuesday night revealed the hostility lurking behind many male claims to be offering "help" or "compliments".

Nearly every woman knows how it goes: You're walking down the street and some strange man you don't know yells, "You'd be so much prettier if you smiled!" You can sense the hostility in the comment, but if you complain about it, offline or on, people will rush forward to assure you that you are just paranoid  and that he was just trying to be nice.

But it's hard for anyone arguing in good faith to see anything innocent in these men barking orders at Clinton to speak softly, smile more, and pair herself off with a man whose main appeal is that he disrespects women. Taken together, there's a clear pattern of men pretending to offer helpful advice but who are really issuing reminders to women that no matter how smart and powerful you are, men still get to talk at you like you're a pretty child who needs to stand aside and let the men make all the decisions. After seeing this pathetic tantrum, maybe some folks will be a little less likely to disbelieve a woman when she says that there's nothing nice at all when strange men tell you to smile on the sidewalk.