"The Americans" ups its stakes: Finally, the slow-burn drama lays out consequences for its family of spies 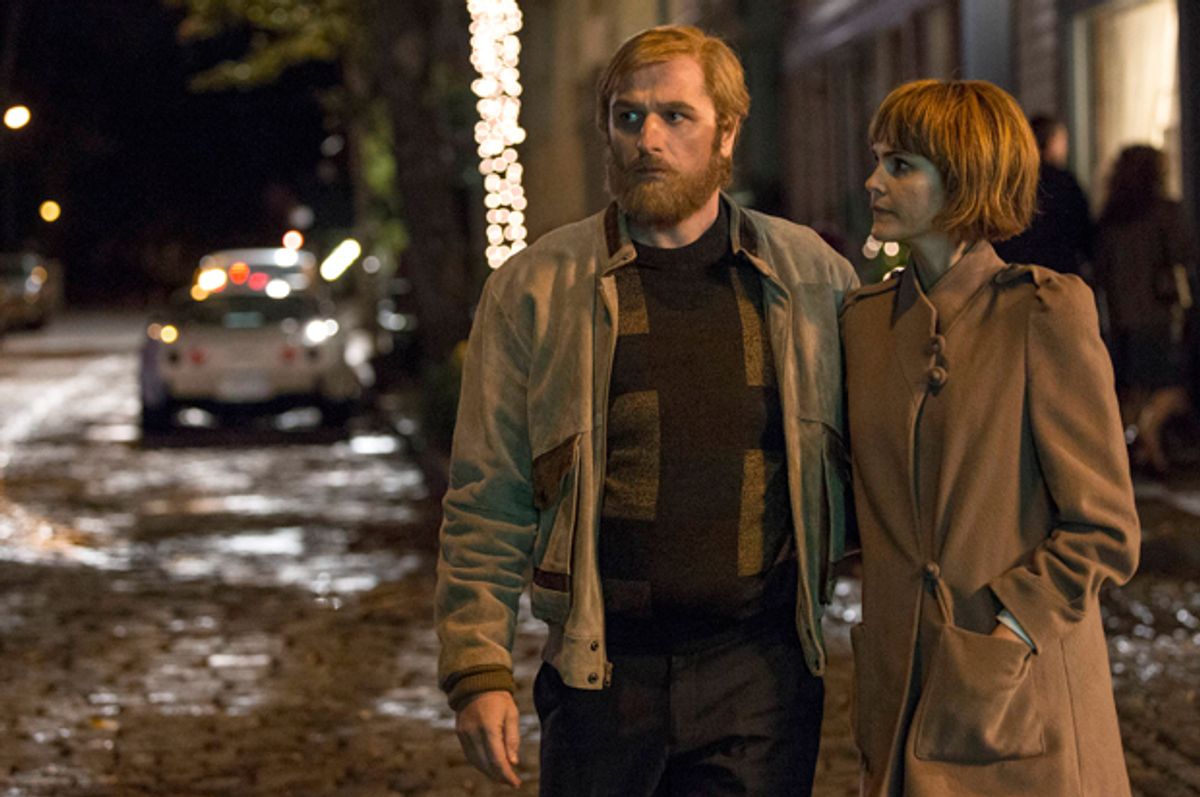 Matthew Rhys and Keri Russell in "The Americans" (FX/Eric Liebowitz)
--

At this point, on the eve of its fourth season premiere, “The Americans” has lasted longer than nearly anyone behind it anticipated. After a strong debut, the moody ’80s spy drama, about a Soviet family undercover in Washington, D.C., failed to find much of an audience. Partly that’s because the show can be hard to find, and partly that’s because the show can feel hard to connect to, as I explained last year. “The Americans” is a drama about the canonical bad guys of American pop culture going off and doing a bunch of bad things, and then spending several episodes dealing with the messy emotional and logistical fallout of that. It’s slow, moody and ethically complex, concerned with family, marriage and the human toll of espionage, all while struggling to define why, exactly, the characters are devoting their lives to spycraft.

In short, it is the exact opposite of a James Bond film; and given that those are so compulsively watchable, it’s not that surprising that “The Americans” can be hard to warm up to. But there’s another less tonal issue for the show, and that’s the question of dramatic stakes. After setting up the Jennings family’s precarious position in the first episode—and exploring Philip and Elizabeth's (real-life lovers Matthew Rhys and Keri Russell) fraught marriage in the first season—the show has struggled to make much of the espionage feel particularly high-stakes.

Largely, that’s because secrets, in narrative, are begging to be revealed; “The Americans” is an excruciating exercise in delayed gratification. Any shared secret has taken years of maneuvering; after hinting at it right from the pilot, it’s only at the end of last season that their daughter, Paige (Holly Taylor), was told the truth about what Philip and Elizabeth do. Similarly, it has been now four seasons since FBI agent Stan Beeman (Noah Emmerich) moved in across the street from the Jennings family, but he seems no closer than ever to discovering their terrible truth.

This is a very long waiting game, in an environment where other people’s lives seem to snuff out at the drop of a hat. In a show where, like “Star Trek’s" infamous redshirts, new characters cycle in and then die, the Jennings family is apparently made of Teflon. Their delicate balance of assimilation and subversion is such a dangerous one that by all rights it should have turned them into corpses by now. And yet, the Jennings persist (at least until season 5 or 6, renewals willing), committing acts of domestic terrorism within an ever wider net while suffering, on the whole, rather limited consequences. (There’s much more guilt than gunshot wounds.)

At least in one or two ways, Season 4 lays a stage for some consequences to come home to roost for the cast of “The Americans.” “Glanders” introduces a new regular cast member, actor Dylan Baker (Colin Sweeney, of “The Good Wife”), who plays a turncoat biochemist specializing in biological warfare. The Jennings' mission switches, under the stewardship of handler Gabriel (Frank Langella), from transmitting radio signals to playing hot potato with vials of deadly super-disease. It creates a different kind of fear for the Jennings, who have long been playing with kerosene-soaked matches; contagion knows no national borders.

The fear of transmitting something fatal to their children has a lovely metaphoric resonance for the life Philip and Elizabeth have chosen—especially as Paige, new to the double life, is demonstrably terrible at it. Her ineptness with secrecy is sweetly understandable, but one that lives in sharp opposition to her hardboiled spy parents. The show has always been invested in highlighting the contrast between Philip and Elizabeth’s harsh Soviet upbringing with the lives their two American children live; but in the first four episodes of this season, the realities and consequences of both are showcased more powerfully than ever.

Sam Adams at Criticwire mused that watching “The Americans’" America is watching a battle between two countries that defined themselves in opposition to each other. “Elizabeth and Philip Jennings are becoming Americans. What are we becoming?” he asks, reflecting on the current election. Certainly, the show is asking the same question—pointing to the Jennings’ most consequential act of all: their decision to have two American children. Paige, born around 1970, would be somewhere around 46 today. Who, “The Americans” asks, does she turn out to be?