Trump quashes Marcomentum: Rubio drops out after suffering a stinging defeat in his home state of Florida

Marco Rubio drops out, John Kasich wins his home state, but Trump continues to steamroll his way to the nomination 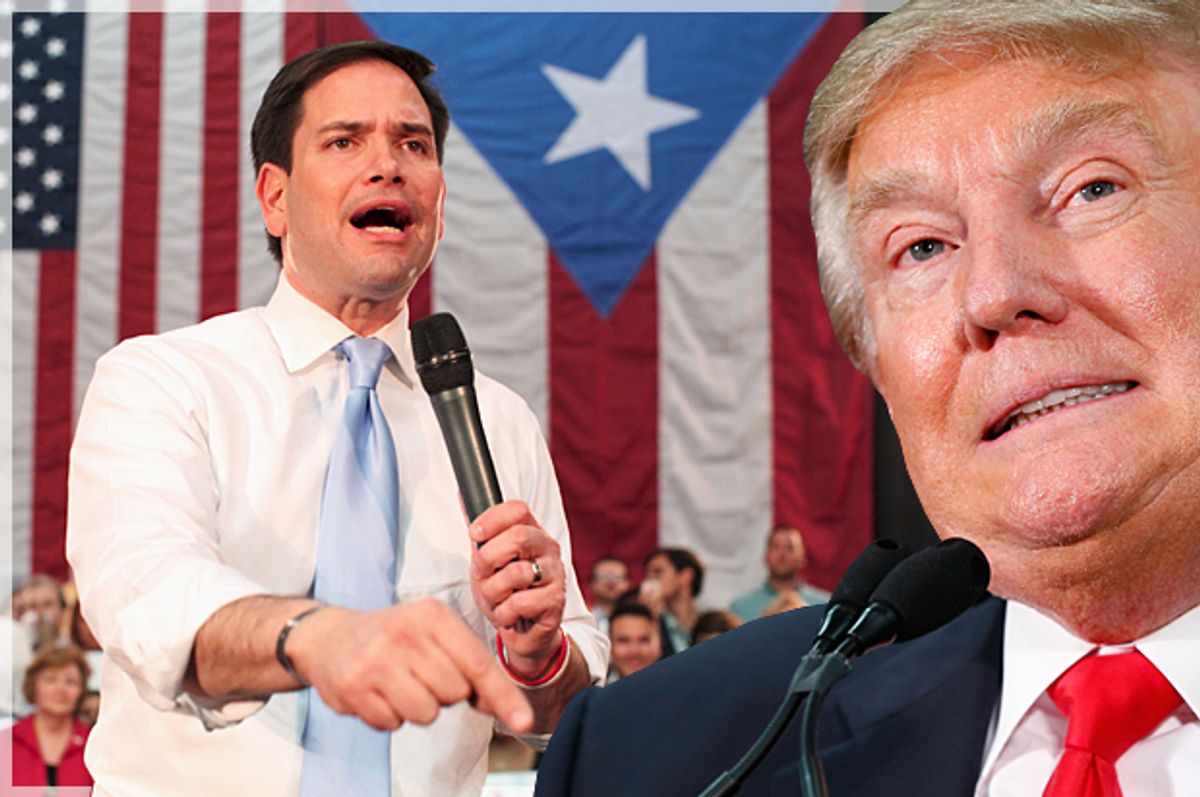 Marco Rubio had to ask supporters who squeezed into a small atrium at Florida International University in Miami to stop booing as he congratulated Trump on his resounding win -- only to be interrupted by a heckler moments later.

"Don't worry, you won't get beat up at our event," Rubio quipped to distract from the vocal detractor. He continued on to announce he was suspending his campaign.

“America needs a vibrant conservative movement built on principles and ideas, not one built on fear and anger," Rubio said, mourning his failed endeavor to lead conservatives.

With 83 percent of precincts reporting, Trump has more than 357,731 more votes than Rubio for a 45.5 percent to 27.4 percent lead. Texas Senator Ted Cruz is in third with 16.8 percent followed by Ohio Governor John Kasich at 6.6 percent.

Floridia's winner-take-all delegate allocation hands Trump another 99 delegates to pad his lead. The Associated Press has also called the Republican primary in North Carolina for Trump, which rewards another 72 delegates proportionally, and Illinois for Trump.

With Kasich winning the Ohio Republican primary on Tuesday, Rubio was the only candidate to lose his home state this cycle.

"It is not God’s plan that I will be president in 2016," the Tea Party senator told the crowd, ending his campaign for the White House.

Still, suspending his dreams to run the nation and apparently freeing up the few delegates he has amassed thus far to join the Trump bandwagon just wasn't enough for some of the most ardent anti-Rubio forces in the Republican base. Watch one Trump heckler interrupt Rubio as he announces the end of his presidential run: