This is why the Internet was made, obviously—let the arguments over Slytherin v. Ravenclaw begin 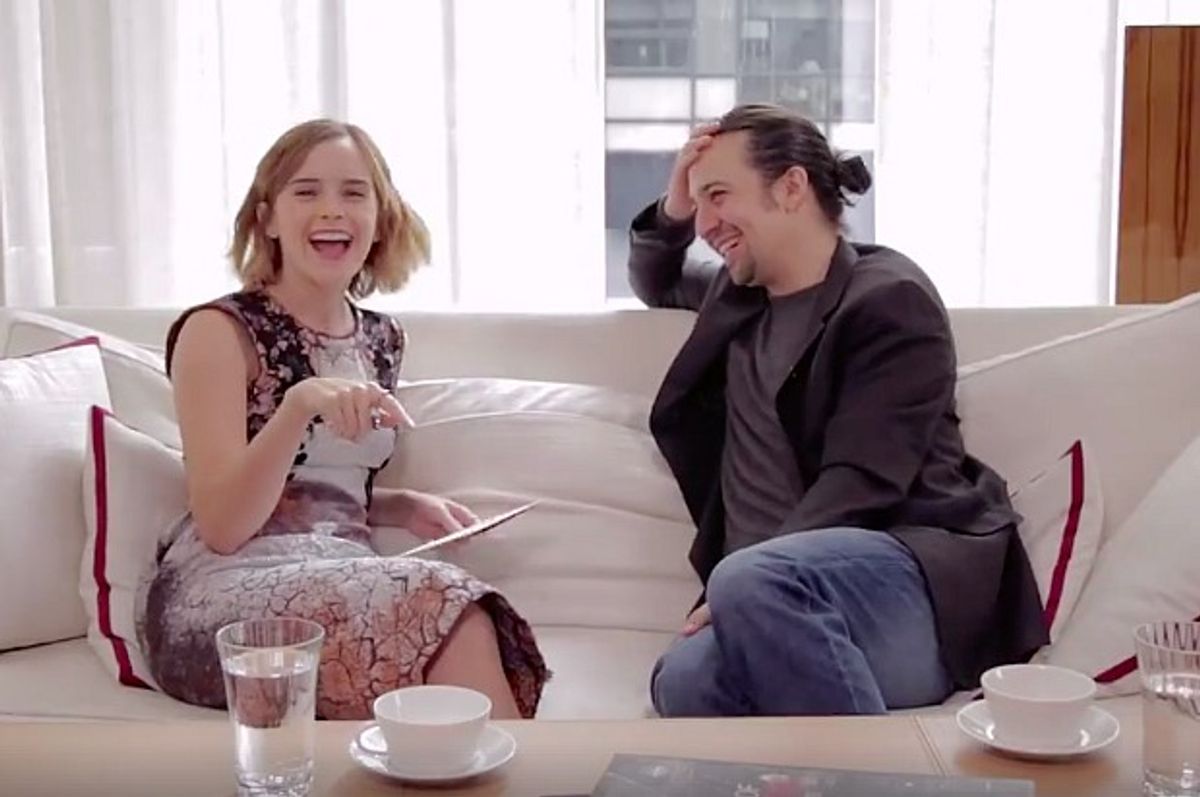 Lin-Manuel Miranda, genius and star and creator of "Hamilton: the Musical," sat down for an interview with "Harry Potter" star Emma Watson for her #HeforShe campaign for gender equality. But when Alexander Hamilton hangs with Hermione Granger, of course they are going to hash out which characters from the beloved musical belong to which of the legendary four houses of Hogwarts.

No word yet on whether J.K. Rowling has a role for Manuel in an upcoming "Harry Potter"-verse sequel, reboot or spin-off, but if she does, surely he's an automatic fit for Gryffindor, too.

You'll never guess who almost squeaked into Hufflepuff! Watch the video below: