Watch Jorge Ramos destroy Bill O'Reilly for enabling Donald Trump: "As a journalist, you have to take a stand against racism"

O'Reilly claimed that racism "is a subjective thing," and that Trump has minority friends 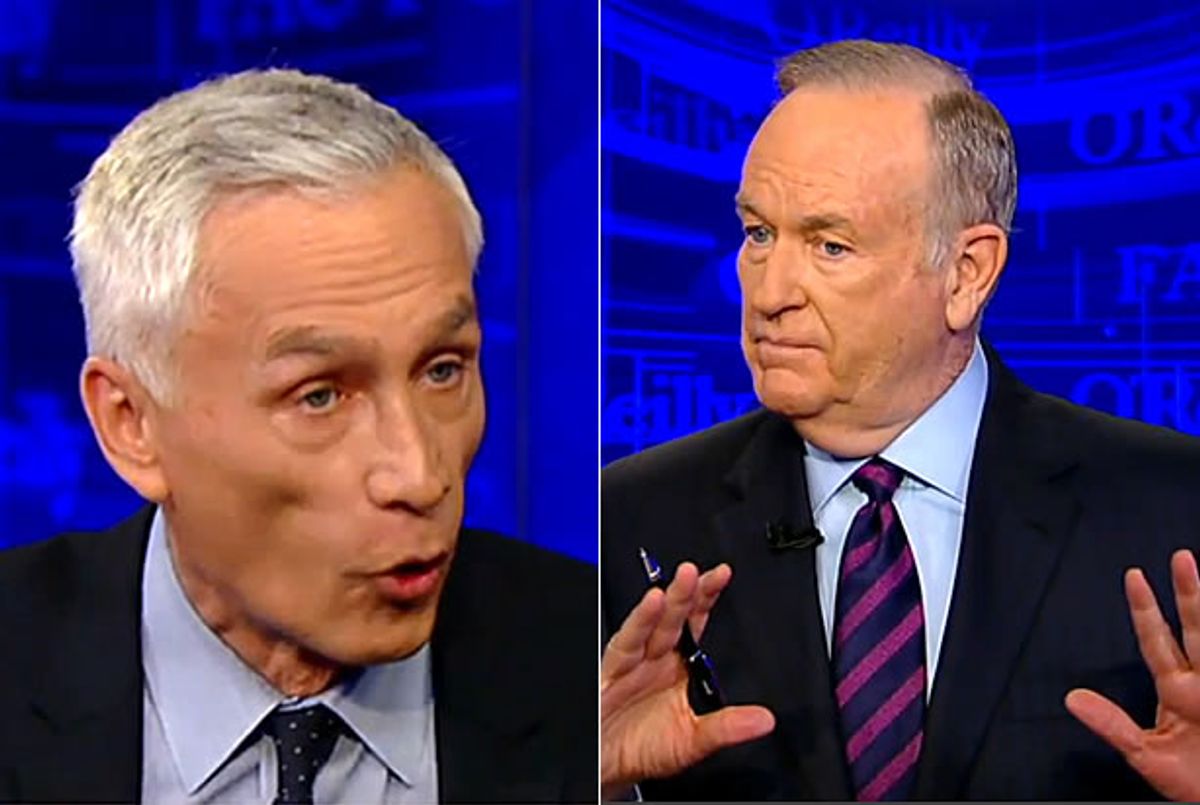 Fusion and Univision host Jorge Ramos appeared on "The O'Reilly Factor" to discuss his new book about journalism and activism, "Take A Stand: Lessons from Rebels" -- and to ask why host Bill O'Reilly is enabling Donald Trump instead of reporting on the GOP front-runner's many, many questionable statements.

O'Reilly opened by demanding to know how Ramos and his networks could possibly cover the presidential election fairly if the face of it considers Trump a racist. "We are covering the Republicans and Democrats fairly," he replied, "but we can't allow racism and discrimination to become normal."

"But that's a subjective thing -- people who know him [know he isn't]," O'Reilly interjected.

O'Reilly was unimpressed, insisting that Trump "never said all of them were."

"As a journalist," he said, "you have to take a stand when it comes to racism."

Ramos later addressed Fox News' complicity in the mainstreaming of Trump's extremism, telling O'Reilly that "you and Sean Hannity let him get away with everything."

"I don't let him get away with anything," O'Reilly replied. "Look at the transcripts and everything he has done -- I have asked him about it." Which is true, inasmuch as any water-carrier must ask his master where he wants his water carried, but O'Reilly has also tried to persuade his audience that Trump is "an avenger" and the last hope the United States has if it wishes to remain American.

The only way Univision could cover Trump fairly, O'Reilly argued, would be to splash 'We think he is a racist!'" at every mention of his name.