Reefer Madness lives: Witness 3 of the maddest, most over-the-top objections to the "killer weed"

As objections to marijuana melt away, not all its foes are ready to give up 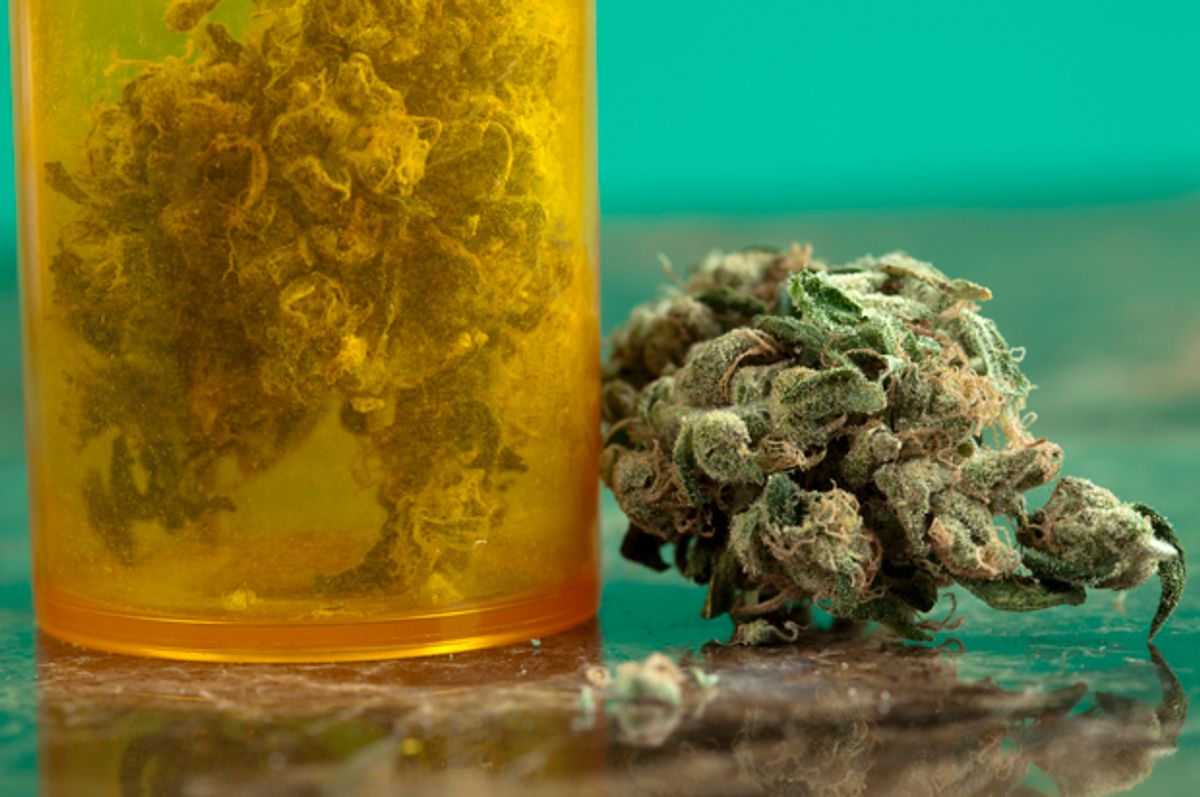 Marijuana prohibition appears to be tottering on its last legs, but that doesn't mean its foes have given up. While we've come a long way from the Reefer Madness-type scaremongering, some pernicious old tropes still linger and new concerns are being raised.

Last week, Reefer Madness variants emerged from the mouths of a California anti-marijuana activist, a Massachusetts Democratic state senator and a South Dakota Republican state representative. One was a reprise of ridiculously over-the-top, old-school Reefer Madness, one was a newfangled—and eerily removed from nature—fear of pot plants, and one was an example of cruel bigotry worth calling out for its sheer nastiness.

1. Classic Reefer Madness. California anti-legalization activist Roger Morgan recently took a page from the playbook of drug warrior Harry Anslinger, the man who literally brought Reefer Madness to America during his decades-long reign as head of the Federal Bureau of Narcotics with his yellow journalism tales of "killer weed."

Morgan told Reason TV, that in "almost all of the mass murders that we've had in recent years," the perpetrator "has been a heavy marijuana user, because it changes the brain." Really? Well, no. Morgan mentioned three mass shooters who had used marijuana—Jared Loughner in Tucson in 2011, James Holmes in Aurora, Colorado in 2012, and one of the nine Paris attackers from last November. The folks at Reason helpfully came up four more mass shooters since 2011 who had smoked pot, but that makes only seven out of the 23 mass shootings since 2011 in a count maintained by Mother Jones.

That's not "almost all" mass shootings, that's six out of 23, or 26 percent. As Reason noted, "It seems clear that Roger Morgan is just making shit up."

Two other points are worth making here: Given rates of marijuana use among young men (which most of the shooters are), pot smokers are actually underrepresented among the mass murder population. Survey data indicate that 34 percent of 19- to 30-year-olds smoked pot in the last year. It could be asked whether marijuana use produces an amotivational syndrome when it comes to committing murderous mayhem.

And secondly, although this is a nuance beyond either Anslinger or Morgan, correlation doesn't equal causation. That a mass shooter may have smoked pot at some point before embarking on his rampage does not mean he did it because he smoked pot.

2. Beware the reefer plant! Massachusetts voters will have a chance to legalize marijuana at the ballot box this fall, and the state legislature is not real keen on that. In fact, last week, with their Report of the Special Senate Committee on Marijuana, lawmakers outlined a number of concerns, including their fear of the unfettered pot plant. They objected to a provision in the legalization initiative that would allow people to grow up to 12 plants per household.

Some of their objections were reasonable, such as what to do with multi-family residences (answer: zoning restrictions). But they also worried that "home-grown marijuana would not be tested for safety or potency," apparently oblivious to the fact that pot plants already grow by the millions and heedless of the notion that people growing their own marijuana might have an interest in protecting their own safety.

As if that weren't enough, Sen. Jason Lewis (D-Winchester), head of the committee, went on a but-what-about-the-children riff totally ungrounded in reality: "You have issues with children in the household if you're growing marijuana," he claimed. The thing is, the only issues you have with growing marijuana are exactly the same issues you have growing any other plant. It doesn't do anything while it's growing except, well, grow. You, or your toddler, can't just pluck a leaf off the plant and chew it up and get high, nor would you want to. It doesn't taste good. And it's not like there are joints hanging off it when the plant is ripe. The buds have to be harvested, dried and trimmed before they're ready to go. Growing a pot plant is no more dangerous to children than growing a fern.

3. Reefer meanness. South Dakota has never liked medical marijuana—it's the only state to twice reject initiatives to allow it—but Republican state Rep. Kristin Conzer last week took that hostility to a new low. Lawmakers in the state Senate had already passed a bill that would allow for the use of non-psychoactive CBD oil to treat epileptic seizures like the life-threatening ones that bedevil 3-year-old Eliyah Hendrickson of Sioux Falls, whose parents lobbied hard to get the bill through.

The House defeated the bill, thanks in part to the efforts of Conzer, who argued that Eliyah's parents might try to use the—need I repeat?—non-psychoactive oil to get themselves or their child high.

Adding insult to injury, the compassionate Conzer suggested that, rather than look to their representatives to act on their behalf, people with seizure disorders should just move to another state. "I don't like the road we're going down," she said. "This is not a bill for South Dakota."

Her behavior earned her a scolding from her hometown newspaper, the Rapid City Journal, not exactly a bastion of radicalism, which asked rhetorically, "On any level, from compassion for others to basic decency, is that really how we want to treat our citizens?"