The GOP's impossible dilemma: Stop Trump without further infuriating a large chunk of the party's already angry base 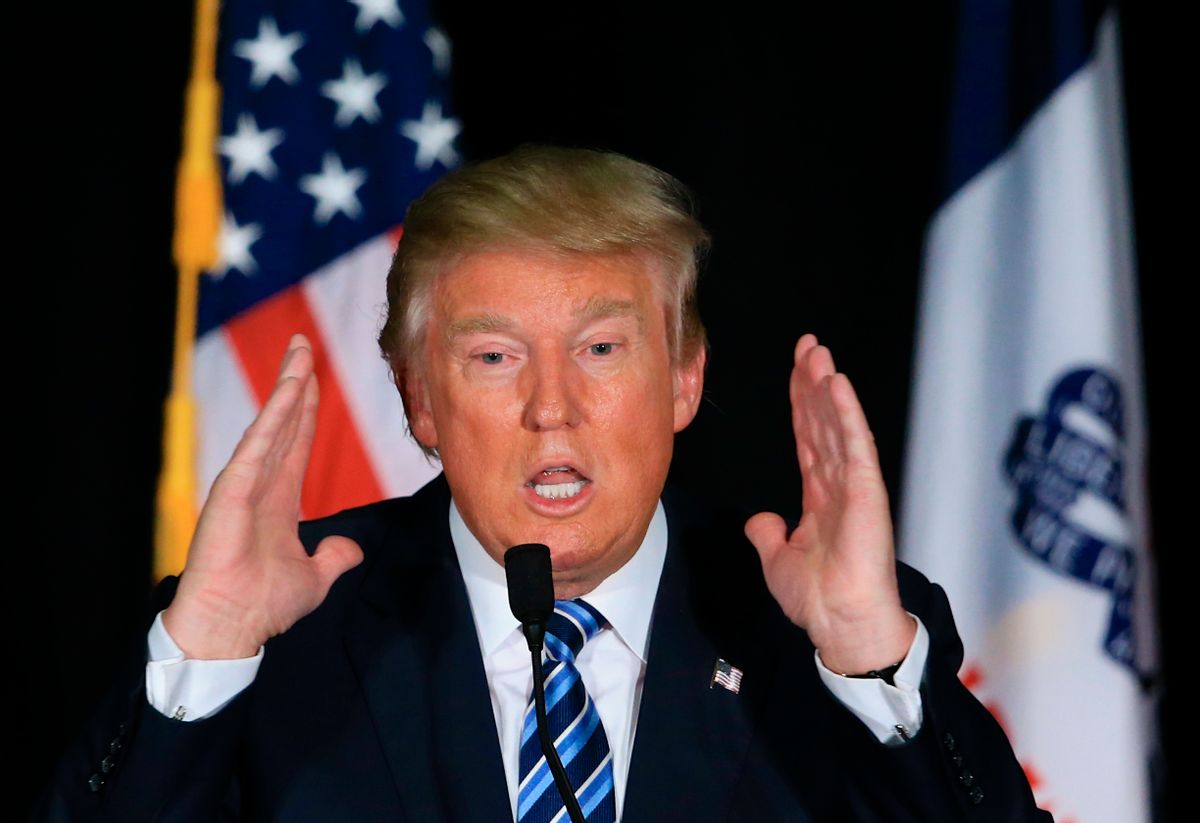 There are five stages of grief – denial, anger, bargaining, depression, and acceptance. Although not necessarily in that order, the Republican Party has passed through most of these stages as Donald Trump has bulldozed his way through the nomination process. I thought we had finally reached acceptance, but it appears the GOP has shifted back to the bargaining phase. Even at the risk of exploding the party, they appear determined to derail the Trump train.

After an anti-Trump convention with billionaire tech CEOs off the coast of Georgia two weeks ago, Paul Ryan reportedly met with the party's largest donors in New York on Thursday night in order to discuss plans to thwart the Donald. From Politico:

“The dinner was a highlight of a secretive two-day conclave, convened under heavy security by a donor group headed by New York hedge-fund manager Paul Singer, that is being viewed as a pivotal moment for the big-money effort to block Trump from the Republican nomination. Sources familiar with the gathering said it was not intended to rally a last-ditch, anti-Trump cabal...But many of the two dozen or so donors in attendance – including Singer and Chicago Cubs co-owner Todd Ricketts – have given millions to super PACs devoted to attacking Trump or supporting his now-vanquished rivals, including Marco Rubio, Scott Walker and Jeb Bush.”

It's understandable that “sources” would insist the purpose of the meeting wasn't to stop Trump, but that's probably spin. This was about Trump, and the urgency behind it is partly because all the anti-Trump dark money spent during this election hasn't worked. All the super PACs and all the ads have been utterly futile thus far, and now it's panic time.

Along with the Republican donor class, movement conservative leaders are starting to panic as well, particularly after Trump's latest string of primary victories. Another closed-door meeting was held in Washington this week, this one led by Bill Wichterman, a former George W. Bush adviser; Erick Erickson, the founder of RedState.com; and Bob Fischer, an influential businessman and conservative activist from South Dakota.

The third-party option is a non-starter. It's simply too late in the game to launch a viable third-party campaign. There is but one option now: a brokered convention. According to Politico, this was among the hot topics at the New York gathering of Republican financiers. And Paul Ryan has already hinted that a brokered convention is a distinct possibility this year, which is itself a revealing concession.

The pressure on Ryan and others will continue to mount as the Trump juggernaut rolls onward. Just this week The Washington Post's editorial board openly called for Republicans to intervene:

“Donald Trump's primary victories Tuesday present the Republican Party with a stark choice. Should leaders unite behind Mr. Trump, who collected the most delegates but may reach the convention in July without a nominating majority? Or should they do everything they can to deny him the nomination? On a political level, this may be a dilemma. As a moral question, it is straightforward. The mission of any responsible Republican should be to block a Trump nomination and election.”

GOP leaders are going to hear more of this as we approach the convention. Today, in fact, David Brooks, the conservative columnist for the New York Times, urged Republicans to defy the will of their voters and block Trump's nomination by any means necessary. “Trump's supporters deserve respect,” Brooks wrote. “They are left out of this economy. But Trump himself? No, not Trump, not ever.”

Trump's nomination, initially an international punchline, is now considered a major global threat. A well-regarded risk analysis firm, The Economist Intelligence Unit, has identified a potential Trump administration as the sixth greatest global risk, just beneath the collapse of the Eurozone. The research firm cited, among other things, Trump's hostility to free trade, his demonization of Mexico and China, and his “militaristic tendencies toward the Middle East” as serious threats to world order.

Against this backdrop, Republicans are faced with an impossible dilemma. On the one hand, there's a moral and political imperative to prevent Trump from winning the nomination. On the other hand, there's no way to do that without alienating nearly a third of the party's voting base. If this week is any indication, a contested convention seems all but certain. The fallout will be enormous, but it might be the least terrible option at this point.