The media's indefensible Trump cowardice: How CNN & NPR shirked their obligation to the truth

CNN's chief scoffs at the idea of calling Trump out, while NPR scolds one of its journalists for telling the truth 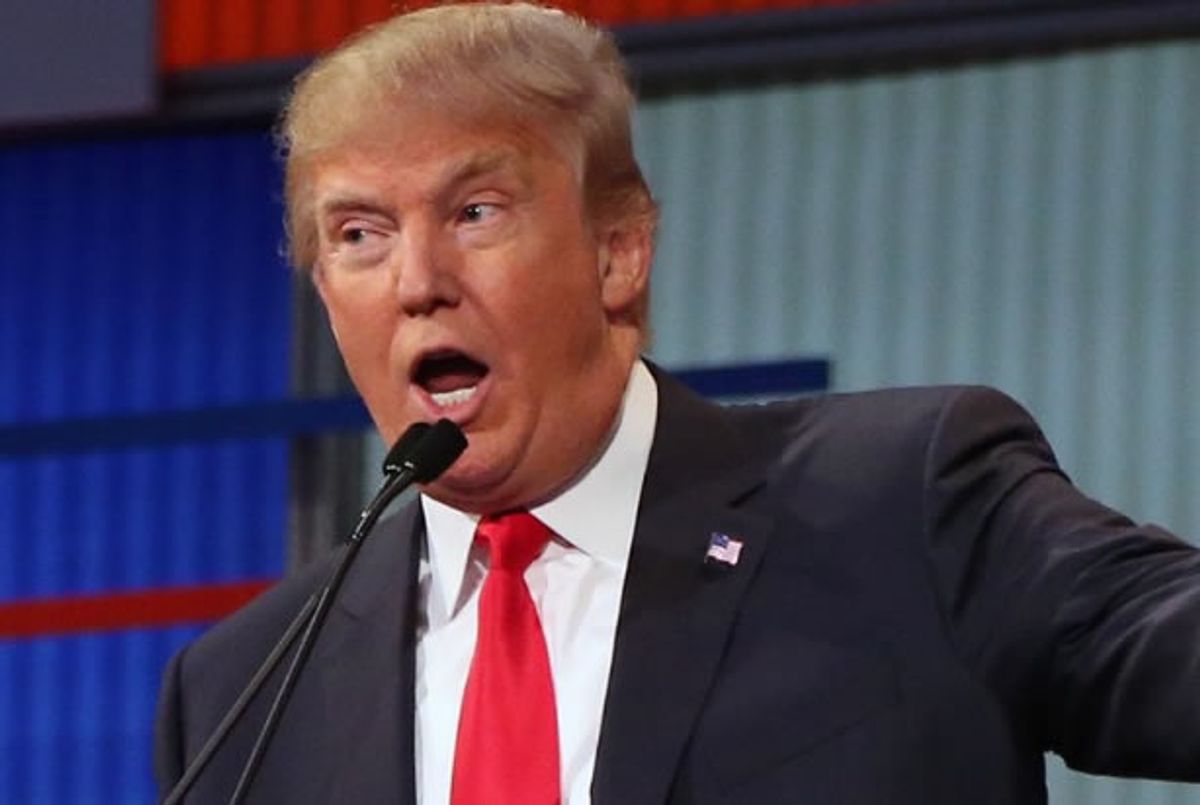 More than anything, our elite media is devoted to the idea that the political system as it is presently constructed is a legitimate, respectable one. Politics means Democrats and Republicans facing off against each other. No matter how noxious one or the other party becomes, no matter how morally suspect, the two-party-debate framework has to be adhered to and it is not the role of the media to take sides in the matter. This is how, to name just one example, the New York Times spent over a decade tiptoeing around the fact that the United States had tortured people. The paper surely knew that what was happening in American black sites and prisons was torture, but politicians kept insisting that it wasn't, so the Times had to back off. The system had to be respected.

Obviously, it would have been nice if some of our big media outlets had abandoned this framework a long time ago. Nevertheless, the rise of Donald Trump represents the most blindingly obvious threat to this state of existence in a while. Not only is Trump a bully, a racist and a congenital liar, he's also a quasi-fascist tyrant-in-waiting leading an increasingly brutal movement of followers. By any stretch of the imagination, he should be seen as beyond the pale, a uniquely dangerous man worthy of revulsion -- and he is very likely going to be the Republican presidential nominee.

So how is the news media handling this situation? You won't be shocked to learn that it is handling it badly.

This goes beyond the by-now-familiar statistics of just how much free airtime cable news has handed over to Trump. True, those stats are still startling. Trump has received, by some estimates, the equivalent of nearly $2 billion in advertising through his constant presence on television. He has also, as BuzzFeed reported on Friday, successfully gotten the press to agree to unprecedented restrictions on its activities during his rallies.

That would all be a dire enough track record if the people giving Trump so much space weren't so deeply unreflective about what they're doing, but they are. This week, CNN's Jeff Zucker laughed off the objections to his network's Trump obsession. "The front-runner of the party is always going to get a disproportionate amount of attention," he said.

Zucker also has no qualms about CNN's failure to more directly point out that Trump is a blatantly bigoted candidate. "I don't think it's our role to take a point of view," he said at a Paley Center talk in December. "It's not our role to editorialize." Translation: we just have to let the system work.

Rather than "editorialize," CNN has aired Trump rally after Trump rally virtually uncut, and had its anchors fawn over Trump for hours at a time. Some of the network's coverage–such as Jake Tapper's interrogation of Trump about his ties to white supremacists—has been bracing and worthwhile. But it's dwarfed by everything else.

CNN is by no means the only place to indulge Trump in this way; plenty of MSNBC's coverage has been equally questionable. And CNN hasn't sunk to the depths of NPR, which sacrificed Cokie Roberts of all people in its frantic desire to cling to its so-called objectivity. After Roberts—one of the most establishment-oriented media figures in history—wrote an extremely bland column that contained some criticisms of Trump, NPR pounced, reprimanding her on air for having the temerity to point out that the GOP frontrunner had some objectively loathsome views. "Can you blame people like me for being a little disappointed to hear you come out and take a personal position on something like this in a campaign?" said host David Greene, chiding Roberts.

This is total lunacy. In the midst of one of the most openly reactionary moments in American political history, NPR decided that its most important mission was to make sure that Cokie Roberts was kept in line.

With the general election looming, all of these outlets will surely face increased pressure to change the way that they deal with Trump. Even if they do, though, they will still have to be held accountable for the truly disastrous choices that they've made thus far. If Donald Trump can't force a broader reckoning with the media's coverage of our politics, then things really are pretty hopeless.