U.S. quiet as ally Bahrain imprisons human rights activist with her infant for tearing up photo of king

Rights groups condemn the arrest of Zainab al-Khawaja and U.S. inaction, while State Dept. refuses to say anything 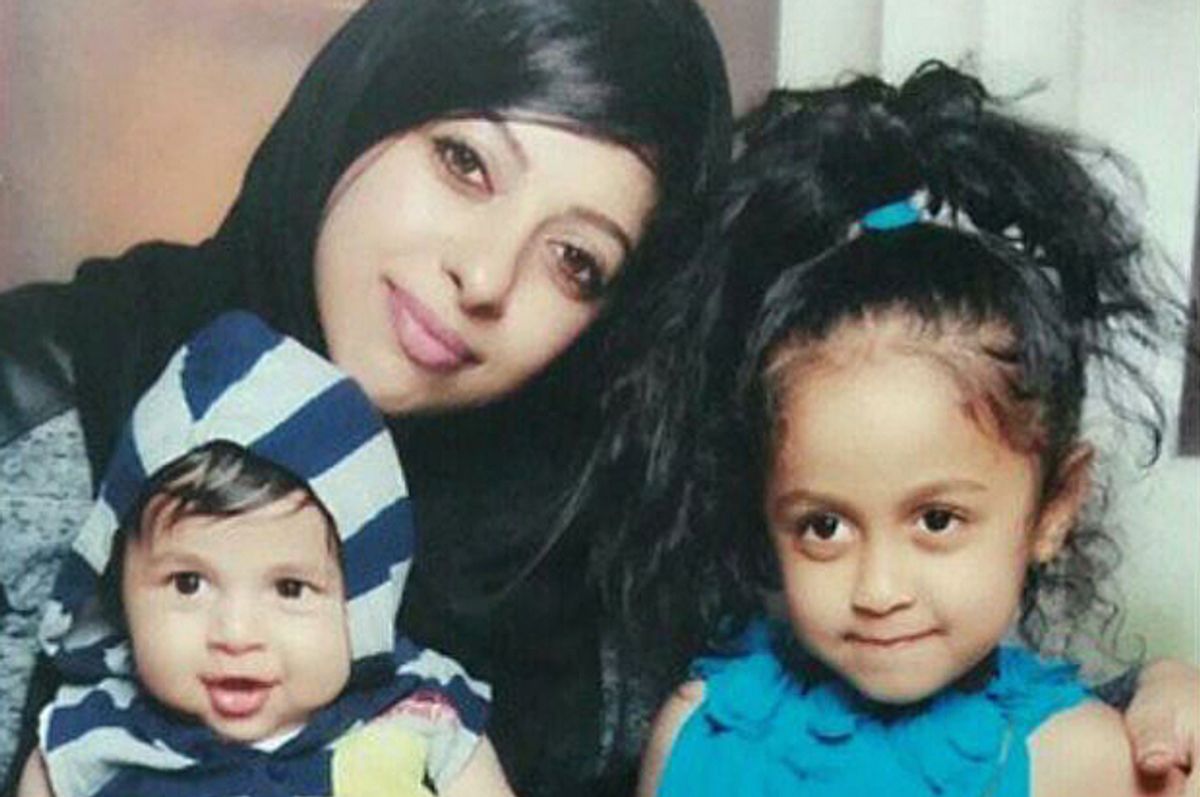 Prominent human rights activist Zainab al-Khawaja was imprisoned this week for ripping up a photo of the king of Bahrain, a close ally of the U.S.

Despite constant questioning by the press, the U.S. State Department has refused to speak substantively about the politically motivated arrest.

In October 2015, Bahrain's monarchy sentenced al-Khawaja to a year in prison and heavily fined her for ripping up the photo. She had originally faced a sentence of three years, but, after an appeal, it was reduced to one.

Amnesty International condemned the Bahraini regime for the punishment. Deputy Director for the Middle East and North Africa James Lynch said the court’s decision was “a vindictive assault on freedom of expression and offers yet another example of the Bahraini authorities’ use of oppressive tactics to silence peaceful activists.”

This is not the only charge the human rights activist bears, however. Al-Khawaja faces a slew of charges, which international rights groups say is because of her political work. In the past four years, she has been arrested and detain several times.

She was last incarcerated in 2014. During this imprisonment, Zainab was pregnant, and was released in November 2014, just four days before she gave birth to her son.

Al-Khawaja currently faces sentences of a total of three years and one month in prison in five different cases, for multiple charges related to ripping up the photo of the king, for allegedly insulting police officers and for entering a restricted area.

Her father, Abdulhadi al-Khawaja, himself a renowned human rights activist and a co-founder of the Bahrain Center for Human Rights, was sentenced to life in prison for helping lead peaceful pro-democracy protests in 2011, which were crushed when Saudi Arabia and the UAE sent in more than 1,500 soldiers, with U.S. support.

Salon spoke with Maryam al-Khawaja, the sister of Zainab and the daughter of Abdulhadi. Maryam has established herself as a prominent human rights advocate, and, like the rest of her family, has been imprisoned for her work.

Maryam serves as co-director of the Gulf Center for Human Rights. In recent days, she and her NGO have been closely keeping track of the details of Zainab's arrest.

On March 14, police showed up at the house of Zainab al-Khawaja's in-laws, looking for her. She was not there, but they searched the house.

Police subsequently went to al-Khawaja's apartment, and blocked the entire street with more than a dozen riot police jeeps. They had a warrant for her arrest, and detained her. She brought her 1-year-old child Abdulhadi with her.

Authorities held al-Khawaja at a police station for several hours. She was not given food, and asked several times if she could buy some for her infant, but was not permitted to do so.

Al-Khawaja was arrested at around 3:45 pm Bahrain time. At 9 pm, she was transferred to a clinic for a checkup. There, she again asked for food for Abdulhadi, but was denied. It was only when al-Khawaja walked by a vending machine that she was able to buy her son a chocolate bar.

At midnight, she was transferred to a detention facility, where she was able to give Abdulhadi a cupcake, but still not a meal.

"They were refusing to give her food," Maryam recalled.

The next morning, al-Khawaja was taken to the prison. Police officers refused to help her carry the three bags she had with the materials she needed for her child, watching her as she struggled alternating between carrying Abdulhadi and the heavy bags.

Because of the stress on her back from the bags and her son, along with the trauma of the arrest, al-Khawaja began suffering from muscle spasms. On March 17, she was taken to the hospital. There she was given a back brace, which she has to wear at all times, while taking care of Abdulhadi.

Maryam said "the treatment is very bad" in the prison.

The Gulf Center for Human Rights reports that 14 women in the prison area where al-Khawaja is detained have contracted Hepatitis C.

Al-Khawaja's family was briefly permitted to see her, for about a half an hour, but, otherwise, she has had little outside contact.

The human rights activist faces three cases related to the ripping of the photo of the king. Two of her charges resulted in two-month sentences each; the third led to a one-year sentence.

The warrant that authorities presented when they arrested her was one of the two-month sentences. But Maryam says she and other observers expect that Zainab will be forced to serve the more than three-year sentence.

Maryam, who lives in exile in Denmark, told Salon the response of the international community has been disappointing.

She noted the foreign minister of Denmark made a statement to the press, insisting that no one should be imprisoned for freedom of expression. The Danish government first said that it would look into whether this is a politically motivated arrest, and assured it will take action if it is.

The Gulf Center for Human Rights requested that the Danish government issue a statement condemning the arrest, now that it has been confirmed that Zainab was imprisoned on political charges.

The foreign minister also mentioned that Denmark has taken similar action in regards to the al-Khawajas' father, who is serving a politically motivated life sentence.

Not all governments were as pro-active, nevertheless. The response of the U.S., a close ally of Bahrain which houses its Navy's Fifth Fleet in the tiny Gulf country, "was very, very disappointing," Maryam said.

At the daily press briefing on March 14, a reporter asked State Department spokesman John Kirby about the imprisonment of al-Khawaja. Kirby responded ambiguously, simply saying: "What I can tell you is we're monitoring the situation there. And as before, we strongly urge the Government of Bahrain to follow due process in all cases and to abide by its commitment to transparent judicial proceedings conducted in full accordance with Bahrain’s international legal obligations. I can't speak to specifics."

The journalist followed up, noting the U.S. has called for al-Khawaja's release in the past. The State Department spokesperson again refused to speak about the issue, instead saying "again, I think I'm going to leave it just where I did for today."

At the press briefing the next day, the State Department again would not substantively address the issue. "I don't have anything additional to say from yesterday," he said, adding "these sorts of issues are issues we have raised in the past with Bahraini officials. We'll continue to do that, but I don't have anything specific to read out on this case."

On March 16, after which it was made clear that al-Khawaja is being held on political charges, the State Department once more stonewalled and refused to say anything.

The State Department replied, "What we're strongly urging is for them to follow due process in this case in particular and abide by their commitments to transparent judicial proceedings."

Toner and the reporter had a bit of a back and forth. "Without getting into a legal discussion, she has had charges leveled against her. So it's really incumbent on the Bahraini judicial system or legal system to obviously afford her due process. That's what is our focus is on," the spokesperson said.

"And you have confidence that that can happen?" the reporter replied.

"We're going to continue to watch the case very closely and let them know if we believe it’s not being carried out," Toner repeated.

The reporter shot back: "That sounds like a no to me."

Maryam expressed frustration with the U.S. inaction, characterizing it as a form of hypocrisy.

"They have all that rhetoric about democracy and human rights, but unfortunately they don’t apply it to their allies," Maryam said. "When it comes to their allies, it becomes empty rhetoric."

As acting president of the Bahrain Center for Human Rights, Maryam called on the international community to do more to protect Bahraini activists.

“The reason I was released from prison was because of international pressure," Maryam stressed, referring to her own time in prison for protesting the Bahraini regime.

“This is what we need right now," she continued. “We know that there is a huge lack of accountability. This is something that needs to end, the sooner the better.”