The look of pain on Bill O'Reilly's face as Watters gave up the game was sheer delight -- for liberals, at least 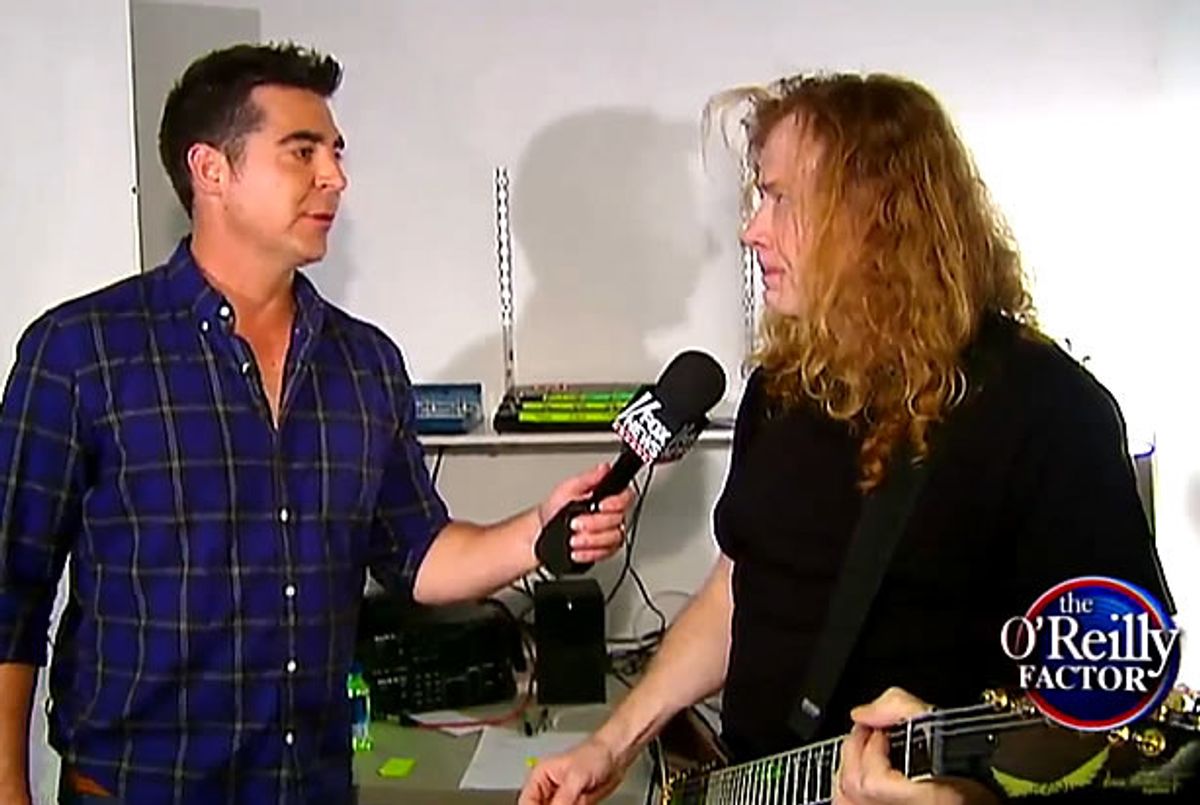 On "The O'Reilly Factor" Thursday evening, roving minnow Jesse Watters presented a clip of him at a Megadeth concert and, afterwards, admitted to O'Reilly and his viewers that he deliberately seeks out people who appear to be uninformed.

That Watters believes some people "look" politically unengaged, chooses to interviews them, and later selectively edits those encounters to make their subjects appear even more ignorant goes without saying at this point -- even though Watters typically doesn't say it, or even want it to be said.

"The crowd was 30 [years old] and down, would you say, and primarily white people?" O'Reilly asked.

"I don't know if they were all white, because there were some Samoan-looking people too" -- as well as some Mexicans, as he interviewed two attendees from Mexico City in the piece itself -- "but I just talked to the younger crowd, because you always tell me to talk to the younger kids."

Such people are, of course, statistically more likely to be socially liberal and politically ignorant, and therefore easier targets for Watters and O'Reilly, not to mention more satisfying kills for Fox News viewers.

Not that "old fogies" like Megadeth lead singer Dave Mustaine offered any better solutions, as he unwittingly advocating that only the wealthy should govern. "I say let's not pay any of them, and see who will work for free," Mustaine said, hopefully unaware of the Trumpian implications of his statement.