Democrats hoping to win back the Senate have struggled to tie their opponents to Donald Trump. Now they can 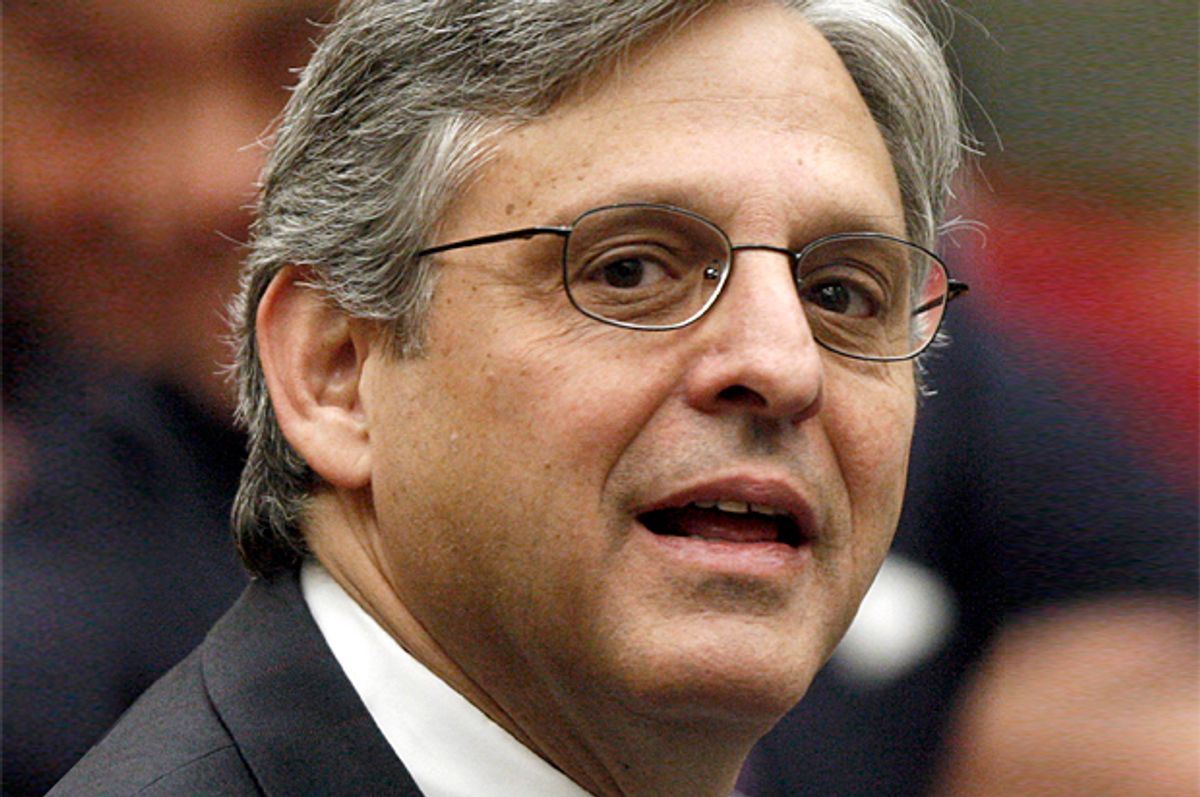 Contrary to what you may have heard, lemmings do not actually hurl themselves into the sea en masse. But do Republicans?

Senate Majority Leader Mitch McConnell has reaffirmed his pledge that the Senate will ignore Merrick Garland’s nomination to the Supreme Court. Let the next President decide after the election, McConnell says. So far, he has done a pretty effective job of holding his caucus together in support of that strategy, even though most Americans, including a majority of Republicans, would like the hearings to move forward.

But there's also this:

"While still hopeful that Mr. Rubio might prevail, Mr. McConnell has begun preparing senators for the prospect of a Trump nomination, assuring them that, if it threatened to harm them in the general election, they could run negative ads about Mr. Trump to create space between him and Republican senators seeking re-election. Mr. McConnell has raised the possibility of treating Mr. Trump’s loss as a given and describing a Republican Senate to voters as a necessary check on a President Hillary Clinton, according to senators at the lunches."

His logic is clear: Trump is massively unpopular. It appears that a fifth of Republicans dislike him so much that they would prefer any other candidate. He is viewed unfavorably by 60 percent of Americans. (Perhaps the best case that can be made on behalf of Trump is that there are a lot of awful human beings in this country, and they’re entitled to a little representation.) If he gets the nomination -- and that now appears unavoidable -- he is almost sure to lose the election. So Republican legislators don’t want to be tied to Trump for the same reason that you don’t want to be tied to an anchor that’s been dropped into the ocean.

Do you see the contradiction?

The election strategy by which McConnell hopes to keep Republican control of the Senate -- and his own office as majority leader -- depends on preventing voters from associating their Republican senator or Senate candidate with Trump. The Democrats in turn will try to superglue any Republican to Trump. But the Democrats have a problem of their own: Most Republican officeholders aren’t affiliated with Trump and aren’t doing anything to help him. In order for superglue to work, you need a large contact surface.

The united front against Garland could change that. You can imagine one Democratic line of attack: They would declare that the Republican candidate wants to trust Trump to fill a Supreme Court vacancy – and that voters have to decide whether they love Trump as much as their Republican Senator or Senate candidate evidently does.

The attacks would be effective because they would obviously be accurate.

Trump has cited, as precedent for his proposed mass exclusion of Muslims, World War II Japanese-American internment camps, one of the nastiest human rights violations in America’s history. President Trump might be badly inconvenienced by a Supreme Court that took its job seriously. Civil liberties are a bother. Does your Republican Senator agree that it’s okay to put American citizens in concentration camps on the basis of their ancestry? If he doesn’t think that, why is he so keen to give a Supreme Court appointment to a man who does?

So if McConnell were as clever as he’s cracked up to be, he would see to it that Garland is on the path to confirmation before you finish reading this sentence. But he won’t do that. Instead, some Republicans are now talking about delaying the vote until Clinton wins – which is to say, until their strategy has done the maximum possible damage to the Republican Party.

The lemming mass-suicide story is a myth, largely fabricated by a Disney nature documentary that faked its evidence. The Disney filmmakers drove the lemmings into the water because they wanted to make a memorable film. It was unethical in about a dozen ways, but we understand why they did it.

McConnell is more mysterious. Republican Senators are not mythical. It would be fascinating to know what they are thinking. Can they really not see that they are rushing to their doom?