"Please explain to us Mr. Trump": Our gracious Japanese hosts kept asking the same question and we were hard-pressed to come up with an answer

Our Japanese hosts wanted answers to why the Trump would tell his roaring crowds, “They’re killing us!” 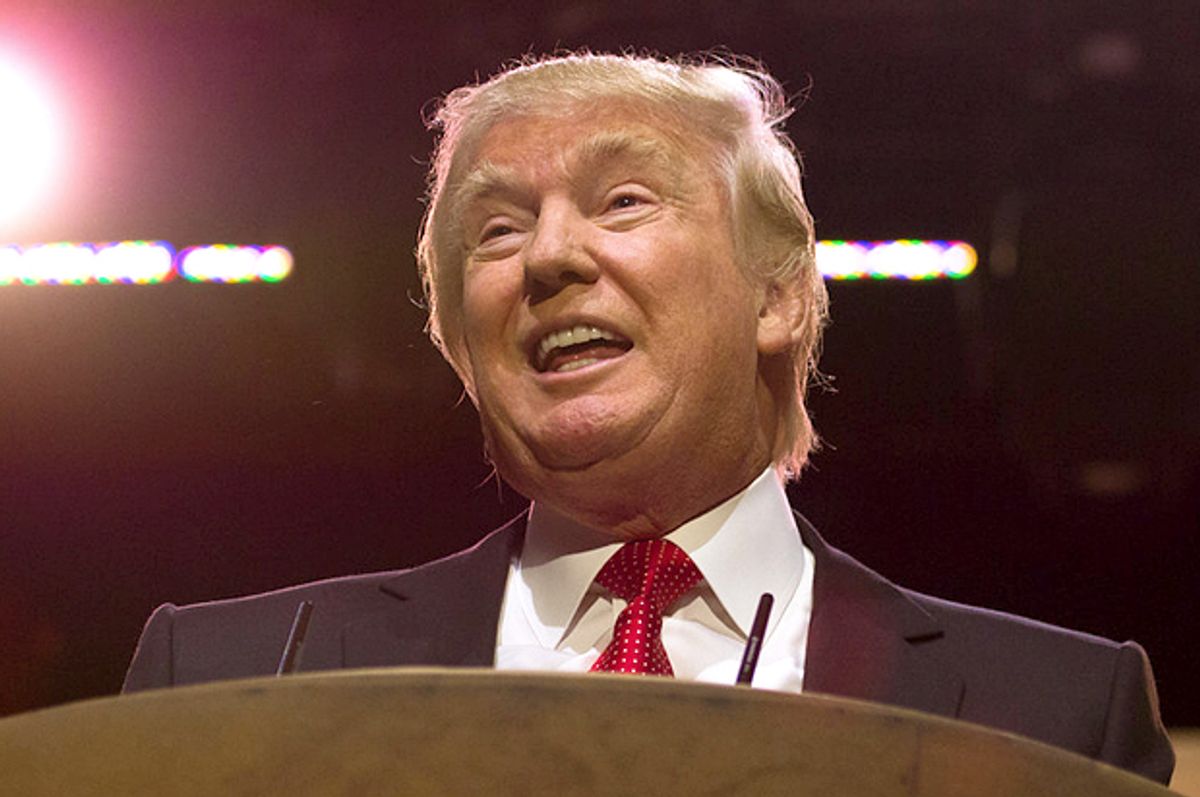 “Perhaps you can explain to us Mr. Trump.”

As the question hung in the air, the other members of the Young U.S. Researchers Delegation and I exchanged glances — wordlessly negotiating who was going to tackle the question this time.

Toward the end of nearly every meeting on our week-long trip to Japan, we were asked to account for the Republican front-runner on behalf of our nation.

A young woman from another organization on the delegation launched into an explanation of three decades of wage stagnation in America, and the frustration and anger at that injustice that Donald Trump has tapped into.

In other meetings, other members of our group had offered similar thoughts, variously casting Trumpism as a passing backlash against a decade of social progress, rage against five years of congressional inaction, or fear of a more multipolar, unpredictable global threat landscape. The truth is, none of us fully understood Trump’s unexpected success well enough to explain it convincingly to a foreign academic or government representative.

The questioner nodded politely at the answer, but the mixture of anxiety, bemusement and frustration at campaign news from across the Pacific was evident.

A former ambassador we’d met earlier in the week had been less diplomatic: “We may all look the same to you, but Japan is not China! If you don’t believe me, step outside and take a deep breath,” he’d teased, after reminding us of Trump’s promise to “bring back our jobs from China, from Mexico, from Japan, from so many places.” Trump often tells roaring crowds, “They’re killing us!”

They actually aren’t, but the line clearly resonates with the older cadre of his supporters who remember the panic around Japan’s ascendance in the 1980s and may still have paperbacks of Tom Clancy’s "Debt of Honor" and Michael Crichton’s "Rising Sun" on their bookshelves.

In fact, Japan suffered two “lost decades,” and American growth today is four times Japan’s. Japanese foreign direct investment in the United States, including Toyota, Honda, Nissan, and Mitsubishi’s combined 15 sprawling auto plants across our country, is a source of some consternation among Japanese protectionists, who complain about Japanese outsourcing to America.

Trump’s casual relationship with the truth is well established, but his bellicose xenophobia on issues of trade and economics is profoundly upsetting to our closest allies, including Japan and South Korea. But it’s his rhetoric on security cooperation that’s the most troubling. “South Korea doesn't pay the United States for U.S. troops that protect their country,” he once bemoaned on "The View," an assertion that PolitiFact rated as “False.”

More recently he complained that, “if Japan is attacked, the U.S. must go to its aid. But if we are attacked, we don’t get aid from Japan. The U.S.-Japan Security Treaty is unfair.”

In fact, Japan is in the midst of the most significant constitutional reinterpretation in its modern history. Article 9 of its pacifist postwar constitution – written chiefly by Gen. Douglas MacArthur’s staff during the American occupation of Japan – prohibits the offensive use or threat of military force and established the Japanese armed services in 1954 as self-defense forces, rather than traditional military services. This has restricted not only Japan’s legal and practical ability to make war, but also its ability to support the allies that are integral to Japan’s security — chief among them the United States.

Prime Minister Abe’s government is now in the process of approving a new interpretation of Article 9 that would maintain the strict prohibition against war-making, but would allow Japan to come to the aid of the United States under certain circumstances, like if our forces in the region were attacked (even if Japan itself was not). It would also allow them to provide greater direct support, like the provision of fuel, ammunition and medical support, to allied forces under a broader range of circumstances.

The American Navy relies heavily on Japanese support already, with one Navy captain telling us, “I always want the Japanese supporting our missions. They over-plan everything, they over-engineer everything, and the result is that they always execute their role perfectly, no matter what the mission is.”

So while Abe’s government bends over backward, incurring significant political costs within Japan’s large pacifist faction (not to mention the billions of dollars Tokyo spends annually on building and maintaining American military bases), to make his country the best ally it can be to America, Trump denigrates them and their commitment to the alliance.

This isn’t an exclusively Asian issue, either. Our allies pay attention to how we treat our other allies. If we show wavering commitment to countries like South Korea and Japan, why should Estonia or Turkey feel confident of our support?

It was humiliating to have to explain to our gracious hosts the ungracious behavior of our loudmouth presidential candidate, but our passing humiliation isn’t what’s at stake. Japan has been the linchpin of our Pacific strategy for over 60 years—a strategy that has kept the peace in the most densely populated and ideologically diverse corner of the world.

A strong network of alliances underpins our entire global strategy, and while some of us have laughed darkly at Trump’s outlandish behavior, a week in Japan is a sobering reminder that he doesn’t have to actually win the election to do real harm to American national security.

Nathan Kohlenberg is a fellow at the Truman National Security Project and a student of strategic studies at the Johns Hopkins School of Advanced International Studies. Views expressed are his own.