“Well, that’s the big mystery about God”: It's amazing what a 4-year-old who's given the opportunity to speak freely in preschool can come up with

It can't be only rich kids who have access to rich conversational environments. It's crucial for all children 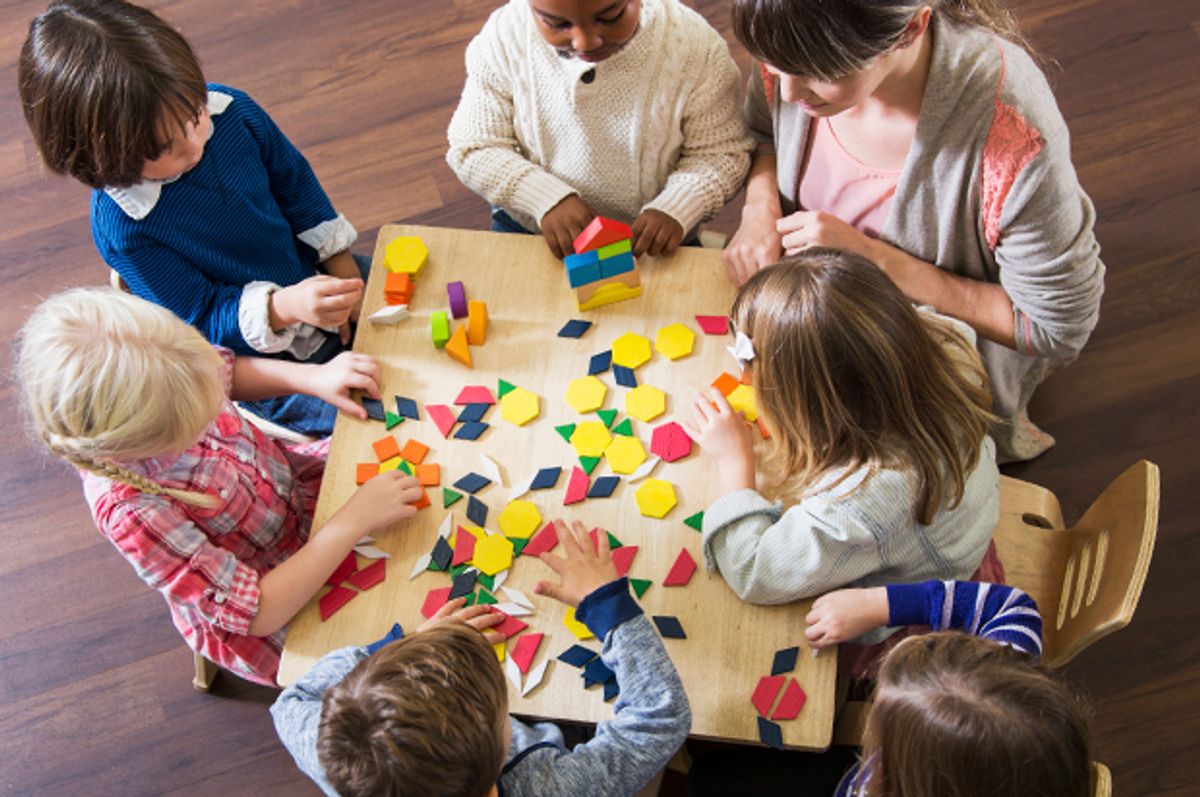 It’s preschool application season, a selection process so brutal in some parts of the country that it can make the college admissions game look like a round of Candyland: Will my child be offered a spot? Can we afford the fees? Is this a good education? In the troika of preschool concerns, access and affordability directly affect parents’ lives while the elusive concept of “quality” is mainly felt by the children themselves. Studies show that parents often miss many of the scientifically validated preschool measures linked to social-emotional and academic success, one of the most important of which involves the use of spoken language we hear in the classroom.

Conversation is central to children’s cognitive and emotional development, but too often in preschool classrooms, kids are asked questions with predetermined answers, doled out in calibrated doses by the teacher. What gets in the way of giving young children a real voice?

Children have always learned from talking and listening to peers, and we’ve known for decades that children in language-rich preschool classrooms – where kids have long stretches of time for active play and conversation – ultimately do better academically than preschoolers who are taught primarily by scripted "letter-of-the-week" methods focusing on alphabet and vocabulary recall. We know, too, that children learn impulse control and other key self-regulation skills through the natural give-and-take of play.

Listen to young children building a space station, as I recently did in a Pittsburgh kindergarten, and you’ll hear them grappling with deep and difficult questions: “Even though he was already dead, I think Jesus probably made the white dwarf stars and the red giants,” a 4-year-old gravely informed a friend. “So, who made all the new planets and everything?” his interlocutor responded. “Well, that’s the big mystery about God,” the little boy replied.

This young child pondering the imponderable hadn’t spoken a word of English only a year previously, yet he had found a way to engage in conversation that really mattered. Unfortunately, too many children miss these precious learning opportunities because adults are cued from years of conditioning to see preschool “quality” in materials, not human connections –materials that are as luridly colored and adorable as possible. We view packed schedules, hokey craft projects, and curriculum themes based on seasons or food groups as a sign that learning must be going on.

Adults ought to be asking if children have the chance to talk, to know and to influence one another. Are children encouraged to wrestle with ideas, put them into words, and listen mindfully to their peers? Are they encouraged to make their learning visible, to think out loud, to be heard and not merely seen? To put this more directly: Do you see signs of laughter, spontaneity, joy and affection in the classroom? Do you see teachers on the floor with children, seeing things at their level? Can a child go off-script, tell a meandering story, opt out of a planned activity to talk about something that captivates her? Can children respond to distress in themselves and others?

It’s become fashionable in some educational quarters to assume that rich conversational environments can only be the province of, well, rich children. But the reverse is really the case: We know that children in poverty and children of color are twice as likely to be in preschool classrooms rated “low quality” where natural and abundant conversation is limited. Children at risk for school failure, including those from families where English is not spoken at home, are the ones who need exposure to language-rich (rather than just “print-rich”) classrooms the most. If they’re not getting it, surely that is a workforce problem, not a problem with the children themselves.

I believe there may be a link between preschool classroom environment and the ability to engage in productive dialogue in the later years. The exercise of free expression, as a cultural and pedagogic value, depends on the right not only to speak but to listen. This ability to listen comes, I believe, from sustained practice; it’s a habit of mind that, like any other habit, can be cultivated or allowed to lie fallow. Unfortunately, our current early childhood environments rarely allow children sufficient practice engaging in the serve-and-response of good dialogue.

The truth is that many educational environments aren't at all conducive to hearing what students are saying. Whether it’s an absence of effective bilingual teachers or a reliance on dated pedagogy, or general discomfort with children talking about serious topics such as death and God, it’s not always easy to hear the voices of our littlest students. We educators are forever looking for the next educational work-around to produce the outcomes we want. We produce an endless stream of checklists and worksheets, trainings and standards. But there are no shortcuts to deep learning; there is no substitute for dialogue. If we want high-quality early learning environments, where children can grow up to solve society’s problems, we need to shift our gaze from all the stuff in the classroom to the words of the little persons in it.

Erika Christakis is the author of "The Importance of Being Little." She is a lecturer in early childhood education affiliated with Yale University’s esteemed Child Study Center. An honors graduate of Harvard College, she has a MPH from Johns Hopkins; an MA in communication from the Annenberg School (Pennsylvania); and a M.Ed. in early childhood education, and is a licensed early childhood teacher (pre-K through second grade) and preschool director. She penned a Time.com Ideas column for two years and her work on children and families has appeared in numerous outlets, including CNN.com, the Washington Post, the Boston Globe, the Financial Times, the Atlantic and ABC's "Nightline."