10 years of Twitter fail: Where Donald Trump's "Sad!" thoughts flourish and Kim Kardashian has more followers than the Pope

Social movements have spread on the service over its first decade, but so has a lot of shallowness and hostility 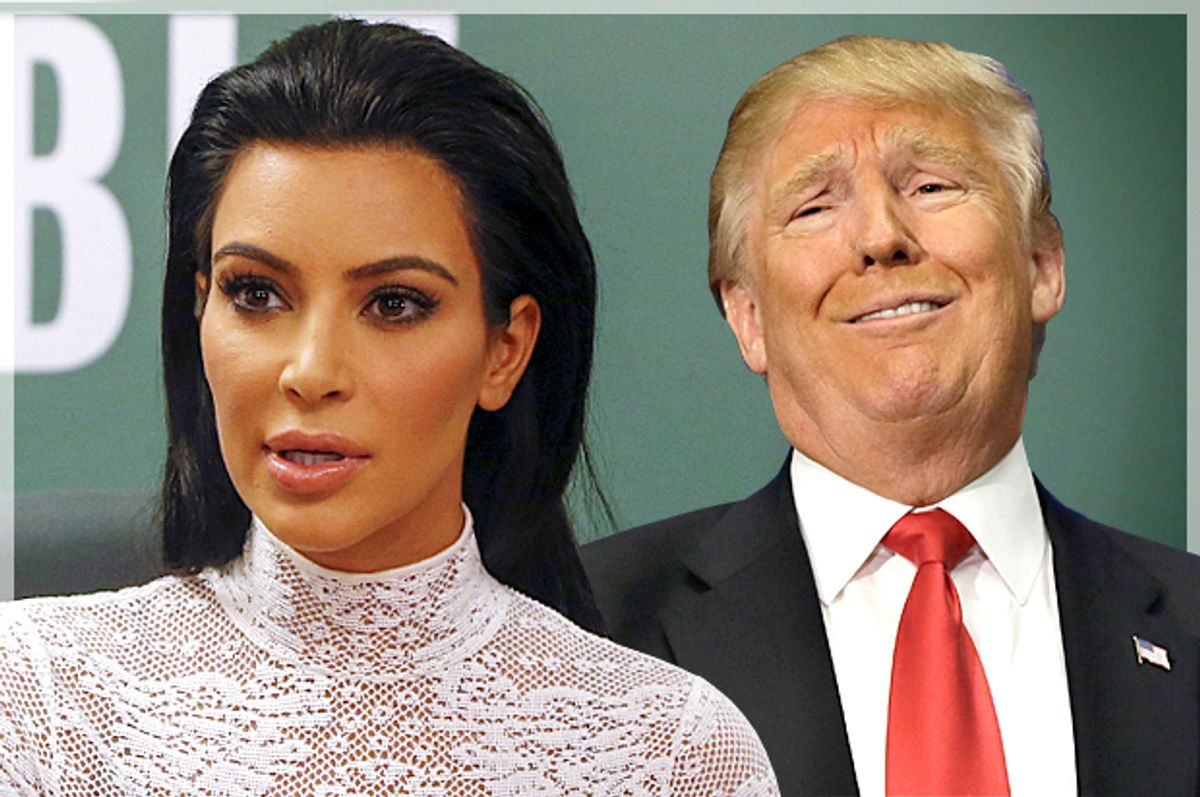 Today marks the 10th anniversary of Twitter -- originally called Twttr -- which launched with a modest tweet by founder Jack Dorsey. In the tech world, 10 years is a long time, and some people are celebrating it the way they would a wedding anniversary or a child’s birthday. Entertainment Weekly is sharing the first tweets of celebrities:

And the #ILoveTwitter hashtag will see Twitter users summon all kinds of warm memories – meeting future friends and spouses, using it to find an audience for a TV show or movie, or just connecting with like-mindeds.

It’s worth thinking, though, about the unpleasant aspects of the 140-character service as well. Like any technological innovation, Twitter is hardly all bad. But the flood of warm wishes today needs to be balanced a bit. Some of what Twitter offers is just annoying, like any social media platform. The constant stream of people’s lunches or pointless personal details. The flood of ads. The inability to edit tweets. The ubiquity of services promising to increase your Twitter followers. The fact that it’s another place that amplifies the power of the Kardashians. (As Salon executive editor Pete Catapano notes, Kim has more followers than the Pope.) The constant gloating by Donald Trump. (Sad!)

Twitter is also good for trolling, and seems to inspire and facilitate people to ratchet up their anger and personal attacks in a strange proportion of conversations.

Some of it is more substantial. Despite all the talk about the Internet democratizing politics or the media, Twitter has allowed politicians to spin even harder and faster than they used to. From The Nation:

Romney adviser Eric Fehrnstrom frankly acknowledges that Twitter “made it easier to spin.” No need to bother with calling anyone up to the front of the [campaign] plane anymore, not when they’ll probably retweet your oppo leak or post-debate talking points without even having to be asked. As a result, the respective campaigns’ quickly adopted the press’s fascination with Twitter to the point where controlling the message there outweighed all other platforms, Hamby notes:

“Throughout the campaign, reporters on and off the bus began to notice something startling: Campaign operatives seemed to care more about their tweets than the stories they were actually writing or linking to.”

The most serious of all these problems is the way Twitter allows harassment and threats to spread, especially against women. One of the most chilling stories on the subject was Amanda Hess’s 2014 piece in Pacific Standard, which began this way:

I was 12 hours into a summer vacation in Palm Springs when my phone hummed to life, buzzing twice next to me in the dark of my hotel room. I squinted at the screen. It was 5:30 a.m., and a friend was texting me from the opposite coast. “Amanda, this twitter account. Freaking out over here,” she wrote. “There is a twitter account that seems to have been set up for the purpose of making death threats to you.”

And while it’s not fair to put all the blame on Twitter, its corporate culture is part of the problem. Here’s Hess again:

When Twitter announced its initial public offering in October, its filings listed an all-male board. Vijaya Gadde, Twitter’s general counsel, was the only woman among its executive officers. When Vivek Wadhwa, a fellow at Stanford’s Rock Center for Corporate Governance, suggested that the gender imbalance on Twitter’s board was an issue of “elite arrogance” and “male chauvinistic thinking,” Twitter CEO Dick Costolo responded with a joking tweet, calling Wadhwa “the Carrot Top of academic sources.”

And #Gamergate showed how bizarre things on Twitter could get. Bullying and shaming are certainly not new – and the attack on Zoe Quinn started on 4chan and late came through email. But Twitter has made it far easier for bile and threats of violence to spread.

Let’s be fair. Important movements like #BlackLivesMatter and #OscarsSoWhite took off in part because of Twitter. Margaret Cho used #12DaysOfRage as a way to help survivors of rape and sexual assault.

So if people want to celebrate Twitter for its social movements, that's fair. But let’s acknowledge some of the unpleasantness along with the bright moments. Twitter may ask us to make snap judgments and simple statements. This is a case, though, where it makes sense to step back and take a measured and complex view. Even if it’s not something that fits into 140 characters.