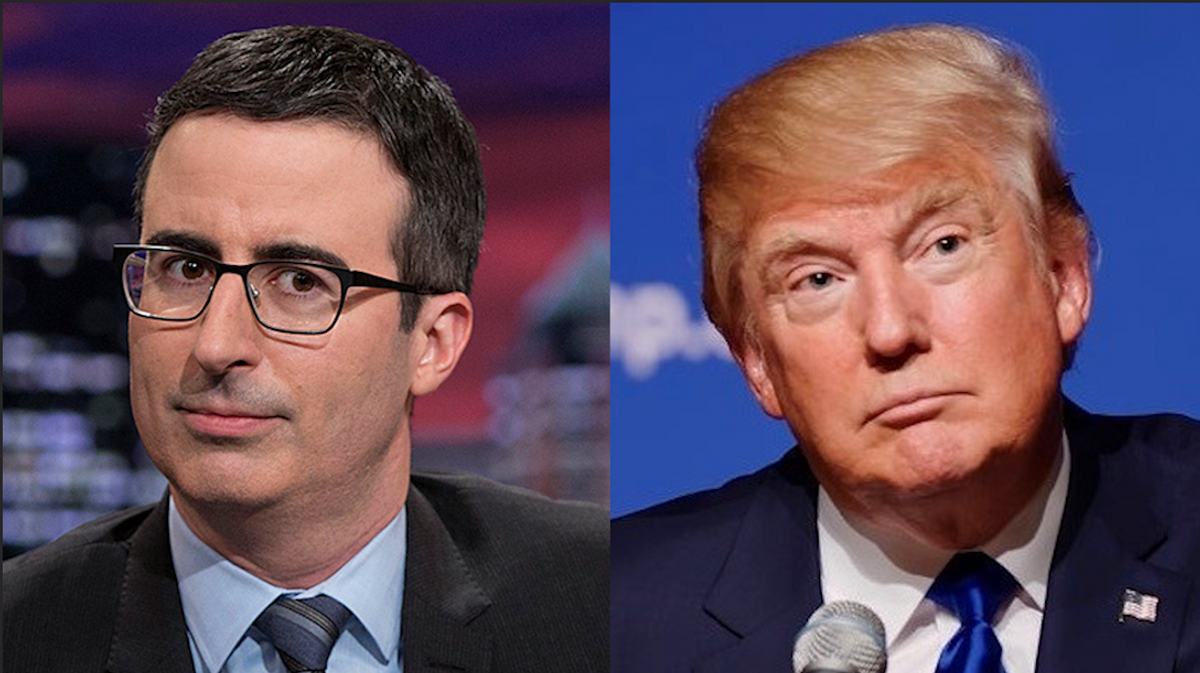 Not too long ago, John Oliver didn't hesitate to tell Stephen Colbert in an interview that he "couldn't give less of a sh*t" about Donald Trump.

Oliver game Trump no mercy, tackling everything from Trump's apparent cluelessness about the actual cost of the wall to his lack of a plan to get Mexico to fund it.

But it wasn't the first time Oliver came for Trump. Take a look.