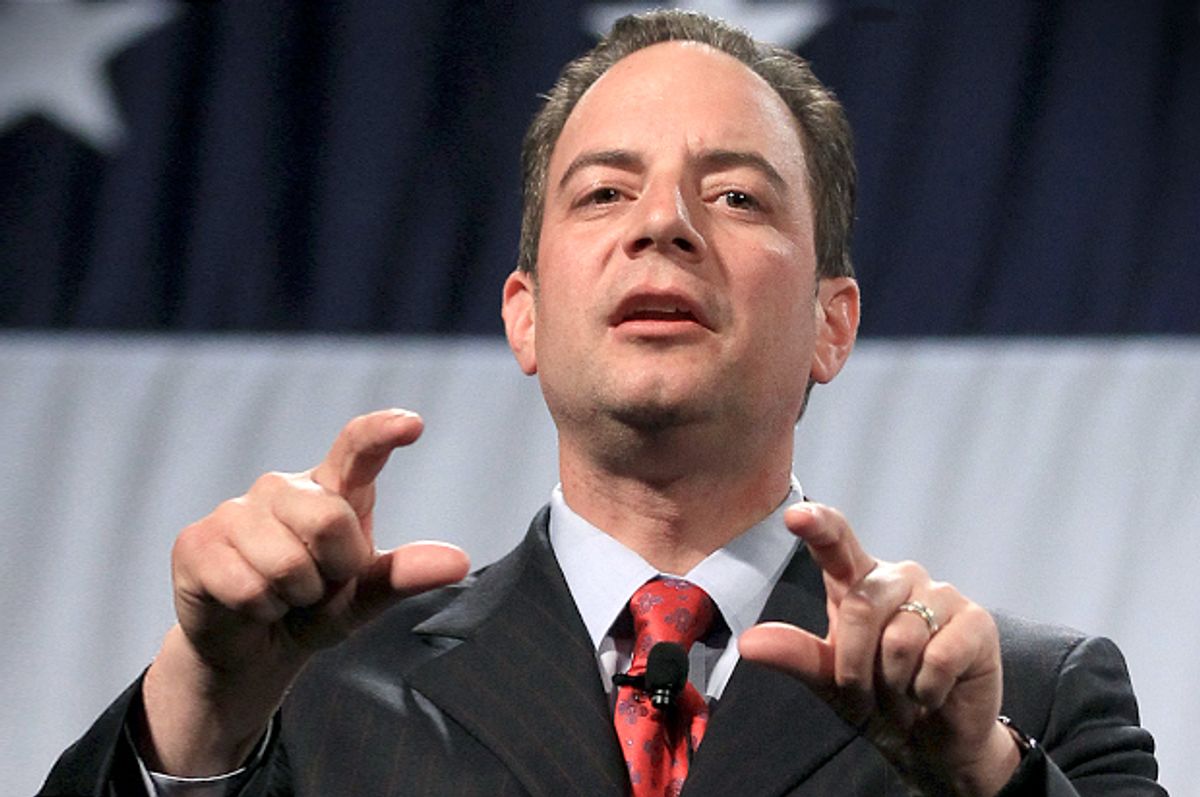 His logic, such as it is, was that "mentioning [violence] is fine," but that "the 24/7 loop [and] three hours in prime-time every night and every day talking about it" is actually pushing supporters and protesters alike into committing further acts of violence.

"When cable shows are on a constant loop [showing] a couple of knuckleheads pushing other," he said, "you create an environment," and that "just adds fuel to the fire." Admitting that "the fire," as he called it, is already burning suggests that not even Priebus believes that these "cable shows" are responsible for the proclivities of Trump supporters.

But, of course, he couldn't say that. "We're not a party that believes in violence," he offered instead, adding that "violence begets violence," especially when it appears on television, apparently.

"Both sides have to disavow violence," he concluded, planting the suggestion that there have been outbreaks of violence at Democratic campaign events as well, "but I do think the media's obsessed to the point of it being very noticeable, and that's almost bizarre."