This is making it worse for Sanders: If you are still feeling the Bern — here's how not to help 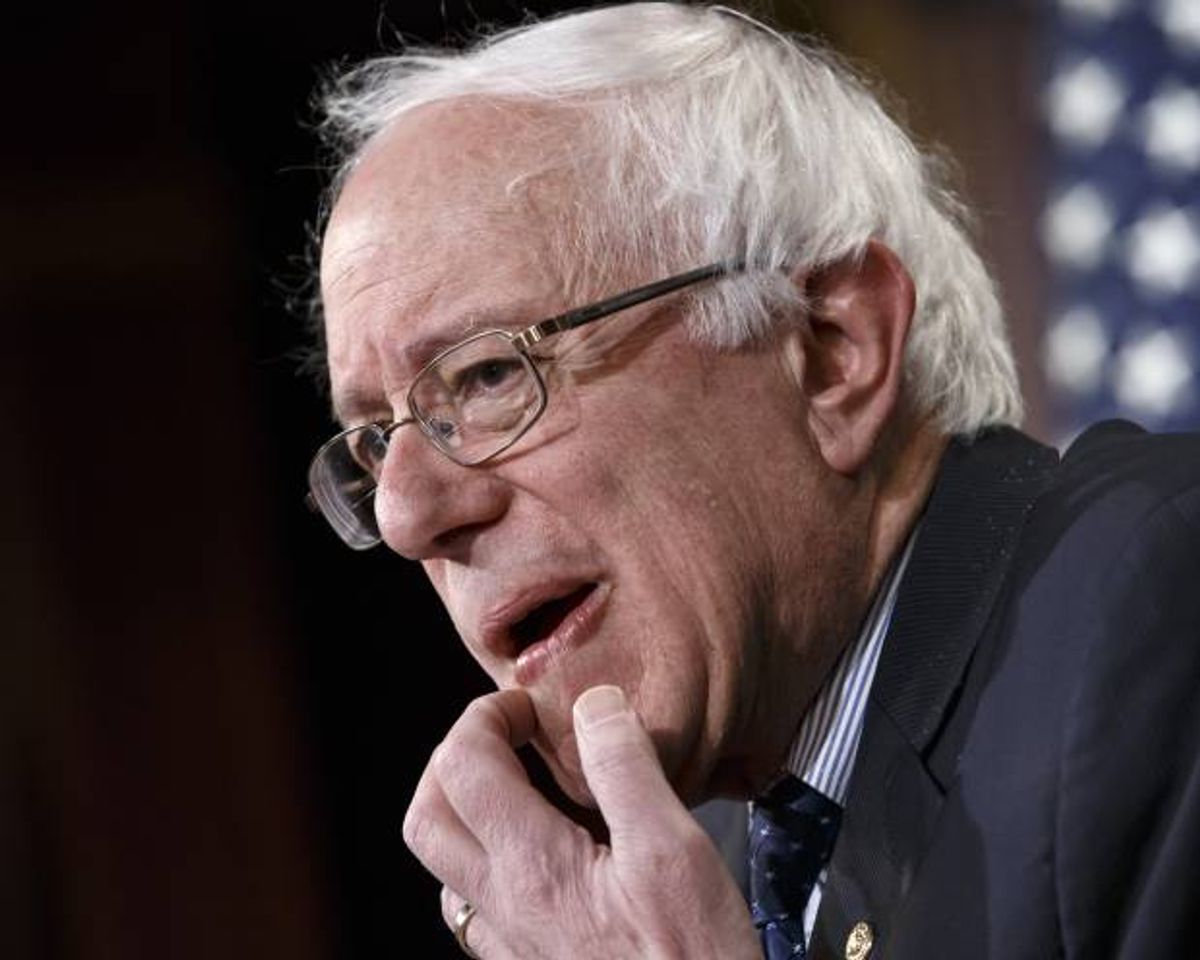 Unless you’re an absolute fiend for campaign news — or, even scarier, work in media and/or politics — it’s likely that you missed the little tempest in a teapot reported here by BuzzFeed’s Evan McMorris-Santoro:

Under a barrage of criticism from Democrats, a progressive group supporting Bernie Sanders for president has retracted, and apologized for, describing Hillary Clinton’s victories in the South as winning “the Confederacy.”

But the Progressive Democrats of America’s attempt to apologize on Twitter ended with PDA getting more criticism and eventually publicly attacking some of those critics with, among other things, suggestions that Clinton supporters upset about the Confederacy line were hypocrites.

So, look: This obviously is not an important moment of the 2016 campaign. It’s not something people are likely to remember by next month, much less next campaign. It doesn’t remotely approach PUMA status; and it’s hard to imagine many people besides obsessives like yours truly remember even them.

What’s more, Progressive Democrats of America’s tendency to shoot itself in the foot (and then reload and do it again) shouldn’t reflect much on the Sanders campaign, either. PDA vociferously supports Sanders’ run for the White House, obviously. But that hardly means the senator or his staff is responsible for whatever stupid things PDA may do. They aren’t; so their relationship with all this nonsense is, at most, tangential.

With all that being said, however, PDA’s bad day does offer us one of those so-called teachable moments. Because the sentiment that characterized their original, stupid “Confederacy” jibe — and which crept back into their Twitter account’s driver’s seat as its apologies transformed into threats to block its critics — does exist in some corners of the American Left. And it deserves criticism.

If I had to describe that sentiment in one word, I’d go with “insular.” That’s certainly how I’d describe the “Confederacy” joke; and it’s how I’d describe an advocacy organization that could say such a stupid thing about a region where Democrats are disproportionately African-American. In fact, calling PDA’s behavior “insular” is being kind. Because the joke wasn’t just tone-deaf; it was contemptuous.

Then again, I suppose it’s only fair to withhold judgment as to PDA’s insularity until we know what, exactly, the group imagines it’s doing. If PDA exists in much the same way as Facebook groups like “I fucking love science” or “Nihilist memes” — as vehicles, in other words, where individuals with a shared cultural identity can congregate and revel in their separateness — then fine. In that case, sneering at those who prefer Clinton to Sanders makes sense.

But if PDA is supposed to be a political advocacy organization that exists in order to help Bernie Sanders win enough votes to become U.S. president, then the insularity embodied in that Confederacy wisecrack is a huge problem. It suggests that PDA is not interested in persuasion or in the perspective of those who don’t agree with it already. If you’re a Democrat who isn’t on the Sanders bandwagon by now, you’re just on the wrong side of history. You’re like the confederates; and who cares about them?

I’ll give PDA this much: Dismissing those who’ve rejected your values (or, more accurately, the version of your values you offered to them) is indeed a good source of emotional catharsis. We’re all only human; and I understand the desire to lash-out and to vent. But the point of politics isn’t to make activists feel better — and raising your middle finger to the people whose support you still need is a funny way to run an advocacy campaign.