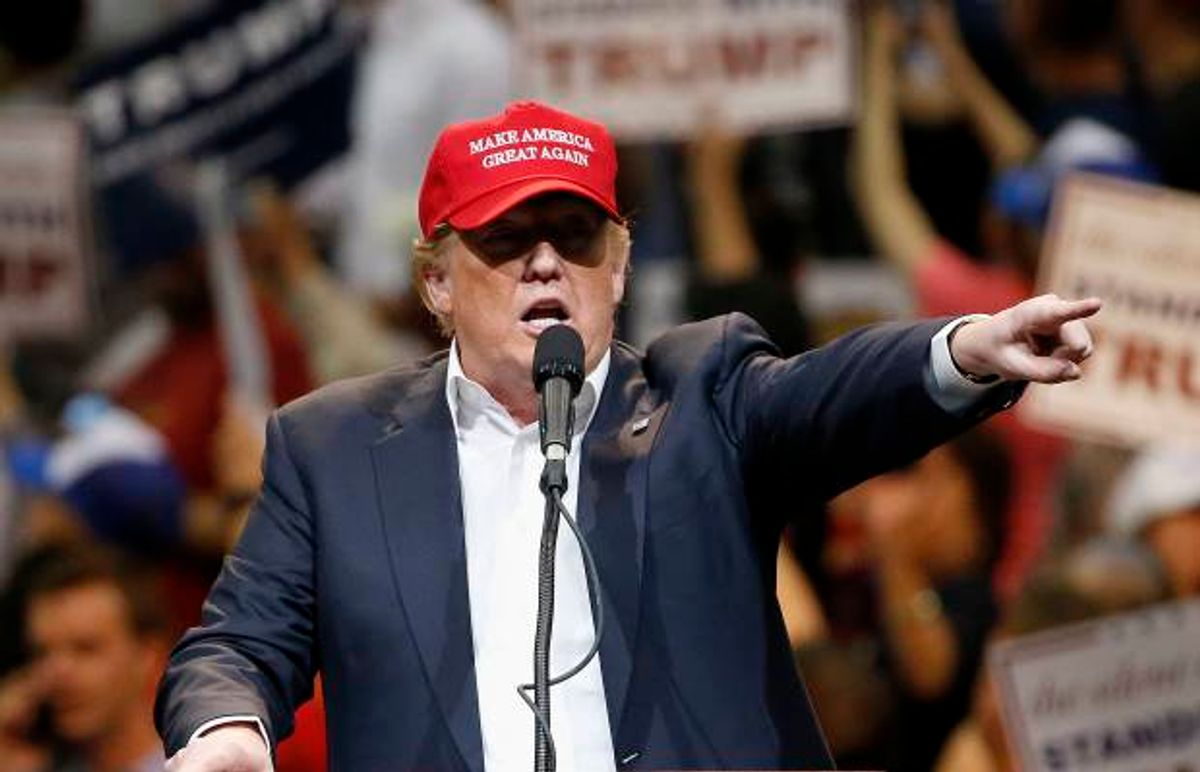 For those high-profile Republicans who swore they’d never support Donald Trump under any circumstances, the twilight struggle goes on. Mitt Romney is still rallying voters to Sen. Ted Cruz with all the enthusiasm an an undertaker; and, meanwhile, Salt Lake City is being reimagined as the #NeverTrump Alamo.

But as the Washington Post’s Philip Bump recently pointed out, if the anti-Trump brigade has any chance of succeeding, it’s going to need to maintain a level of organized discipline that would be stunning by any standard — and which is impossible to imagine coming from the absurdly disorganized GOP elite. And they’d have to do this for nearly a quarter of a year, too.

Here’s what Bump wrote about the effort, which has devolved by now into a Hail Mary attempt at a convention coup:

There's a big problem with that plan. This discussion of a brokered convention has been roiling for a few months, but really only kicked into high gear after Super Tuesday — two weeks ago. There's almost no way that Trump will clinch the nomination before the last day of voting, if he even does then; he needs about three-quarters of the delegates between now and June 6 in order to clinch before the last contests.

Meaning that the effort to fight Trump will need to maintain its energy for at least another two-and-a-half months. Or, really, more. We are still more than four months away from the convention. So the question is: Can and will Trump opponents continue their push to bring the fight to the convention through April, May and June -- even as Trump likely keeps winning?

Bump, needless to say, writes like a man who has his doubts. And it’d be hard to blame him. Ideological polarization — and the belligerent nature of partisanship — are mighty forces. You don’t have to be much of a daydreamer to envision a process like the one laid out here in this snarky tweet happening for real:

And that’s basically the same argument that Bump makes, although his version is, admittedly, more sympathetic to GOPers:

[T]here will be a lot of pressure [on Republicans] to fall in line. There are lots of reasons for people to be worried about or skeptical of Trump, but there's also lots of incentive to avoid four months of vicious in-fighting that further pits the party's leaders against what is apparently at least a third (if not more) of the party's voting base. There's incentive for prominent Republicans to Put the Party First, as the saying goes, both from the standpoint that it gets them in the nominee's good graces and from the standpoint that it dampens the turmoil.

As I said, there’s not much here to argue with. I have little doubt that once Republicans finally accept that Trump will be the nominee, some stray gaffe or new policy idea from Hillary Clinton will “force” them to support Trump. Yeah, they’ll ultimately vote for the pseudo-fascist demagogue — but they’ll do it with heavy, heavy hearts!

Despite their prominence, however, the #NeverTrumpers are a relatively small group of political and cultural elites. But because their influence far exceeds their numbers, it would be a mistake to entirely dismiss them. All the same, though, they’re not exactly tipping the balance of power when the votes are being counted up. The roots of the GOP’s problems, in other words, go way deeper.

You can get a sense of just how deep, too, if you check out this recent FiveThirtyEight article by University of Pennsylvania professor Dan Hopkins, who relies on data he’s collected for the Institute for the Study of Citizens and Politics’ panel survey to measure what Trump supporters were thinking as far back as 2007. It turns out that, for the most part, they’re the same as the rest of their fellow Republicans.

For example, Hopkins uses this chart to focus on those areas where Trumpists diverge from the rest of the GOP. And they do exist; on trade, reproductive rights, and ethnic/racial prejudice, especially, Trumpists stand out. But if you take a step back and look at the information overall (the closer a number is to 1, the more pronounced the feature) the similarities are more immediately visible than the differences: To be fair, this information doesn’t automatically suggest that trying to stop Trump is a fool’s errand. The disparate elements that come together to form the Trumpist worldview may be present throughout the GOP coalition, but that doesn’t mean Trump isn’t stoking them, diffusing them, and generally making them worse. He’s doing all of those things, most definitely; and he clearly has no interest in stopping soon, either.

What it does suggest, though, is that Republican Congressman Justin Amash is right when he describes Trump as “about the GOP” rather than President Obama:

Because Trump, in the end, did not build the modern Republican Party. And exaggerated talk of Reagan Democrats aside, he isn’t doing much to significantly change its coalition. As Norm Ornstein and Thomas E. Mann argued in a piece for the Atlantic last week, even if Trump were vanquished, it “would not mean the demise of a Trump movement or the angry populism behind it.” Trump didn’t start this fire; and it will burn long after his campaign ends.