Belligerent Ted Cruz and his racist Brussels reaction: With an eye on primaries, Cruz reacts to tragedy by trying to out-fascist Trump 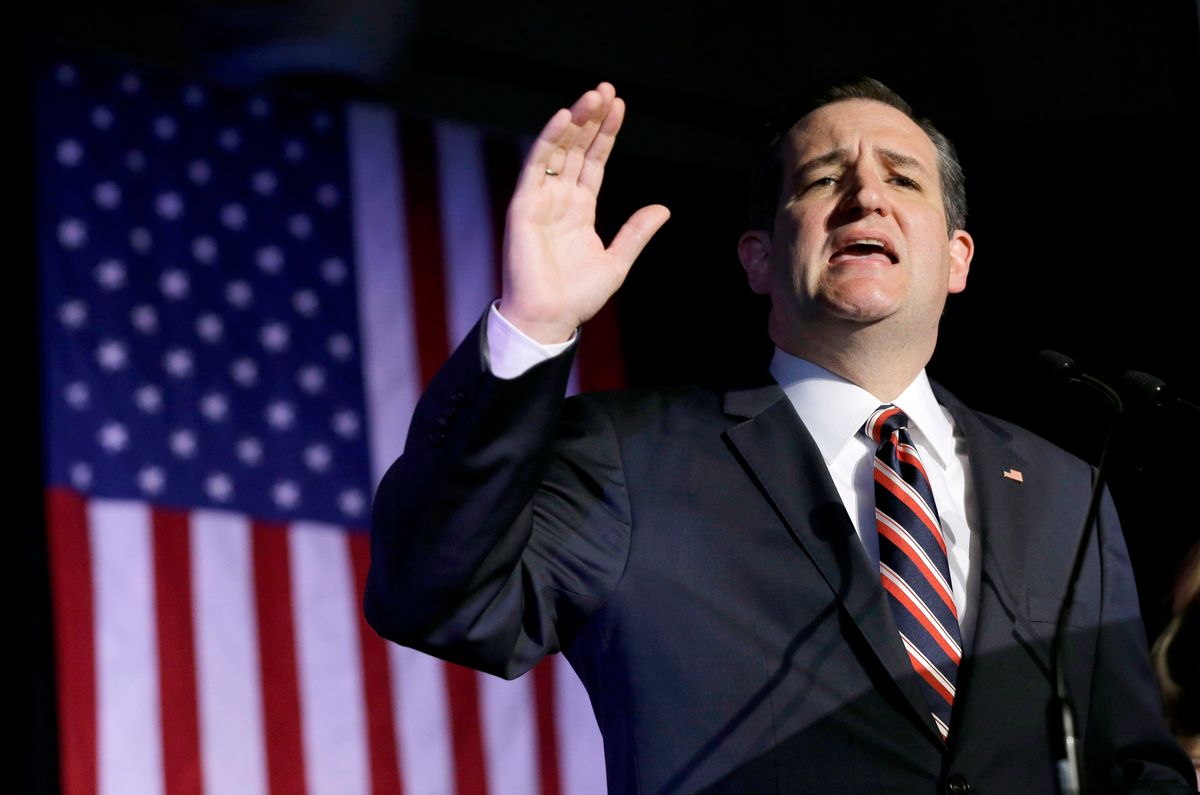 Ted Cruz is not going to let Donald Trump out-fascist him. After the terrorist attacks in Paris, Trump gave it multiple days before coming out in favor of a ban on allowing Muslims to travel into the country, even those who are returning home from a trip. Cruz, however, only gave it a few hours after the attack on Brussels before rushing forward with some belligerently fascist-sounding racist proposals on his Facebook page. Cruz is right about one thing: If he is elected president, no one will mistake the United States for an enlightened country again. For someone who claims to be a patriot, Cruz sure is hostile to the bedrock of enlightenment principles, including freedom of religion, this country was founded on.

There's so much filth and racism to unpack here that it's hard to know where to begin, though I am personally fond of Cruz implying that ISIS is located beyond our "southern border". (Not only is Mexico not an ISIS stronghold, but Mexico seems pretty confident that ISIS basically ignores them altogether.)

But of course, the part that is raising the biggest alarm is the "patrol and secure Muslim neighborhoods" language, language that signals that Cruz is eager to move his game piece a little further past Trump's in their unfortunate board game Who Sounds The Most Like Hitler Talking About Jews.

This patrol-and-secure plan raises a number of compelling questions that we'll get no answer to now that Trump has unilaterally ended the debate portion of the primary: How will we know which neighborhoods count as "Muslim" neighborhoods? What does said patrol-and-secure behavior look like? Will there be parameters set up? Will people be issued ID cards to determine if they are allowed to go in an out of these neighborhoods? What about Muslims who don't live in one of these designated neighborhoods? Will they be, um, encouraged to move there so they can be better patrolled-and-secured? Seriously, is this the official end of Godwin's Law?

(The answer to that last question is yes. God yes.)

Not only is this piece of garbage statement from a garbage human being racist, but it's also illogical. On one hand, you have Cruz deploring the dangers of "isolated, radical Muslim neighborhoods." (A statement which makes it clear that he does, despite his protestations to the contrary, conflate all Islam with "radical" Islam.) On the other hand, he wants to impose isolation on Muslims in America with his nifty patrol-and-secure plan. If isolating people radicalizes them, how is isolating them the only way to stop them from being radicalized?

Cruz doesn't care, of course, because this statement has no relationship whatsoever to reality. This needs to be understood for what it is, shameless and immoral political pandering. Never let it be said that Cruz let this Brussels news distract him for a moment from what is really important: Winning the primary in Utah today, to help bolster the narrative that his pathetic campaign has a chance against the Trump Bigots 'N' Bullshit Show. The second those bombs went off, I guarantee that Cruz's first thought was how to stop voters from panicking and switching off to Trump at the last minute.

Not that we should doubt for a moment that Cruz means any of this stuff. Just because these actions are rooted in the pandering impulse doesn't mean politicians won't have follow-through. If the voters elect men who campaign on making America a more fascist state, then the most likely result is that they will make good on that promise. Which is the scariest thing of all.